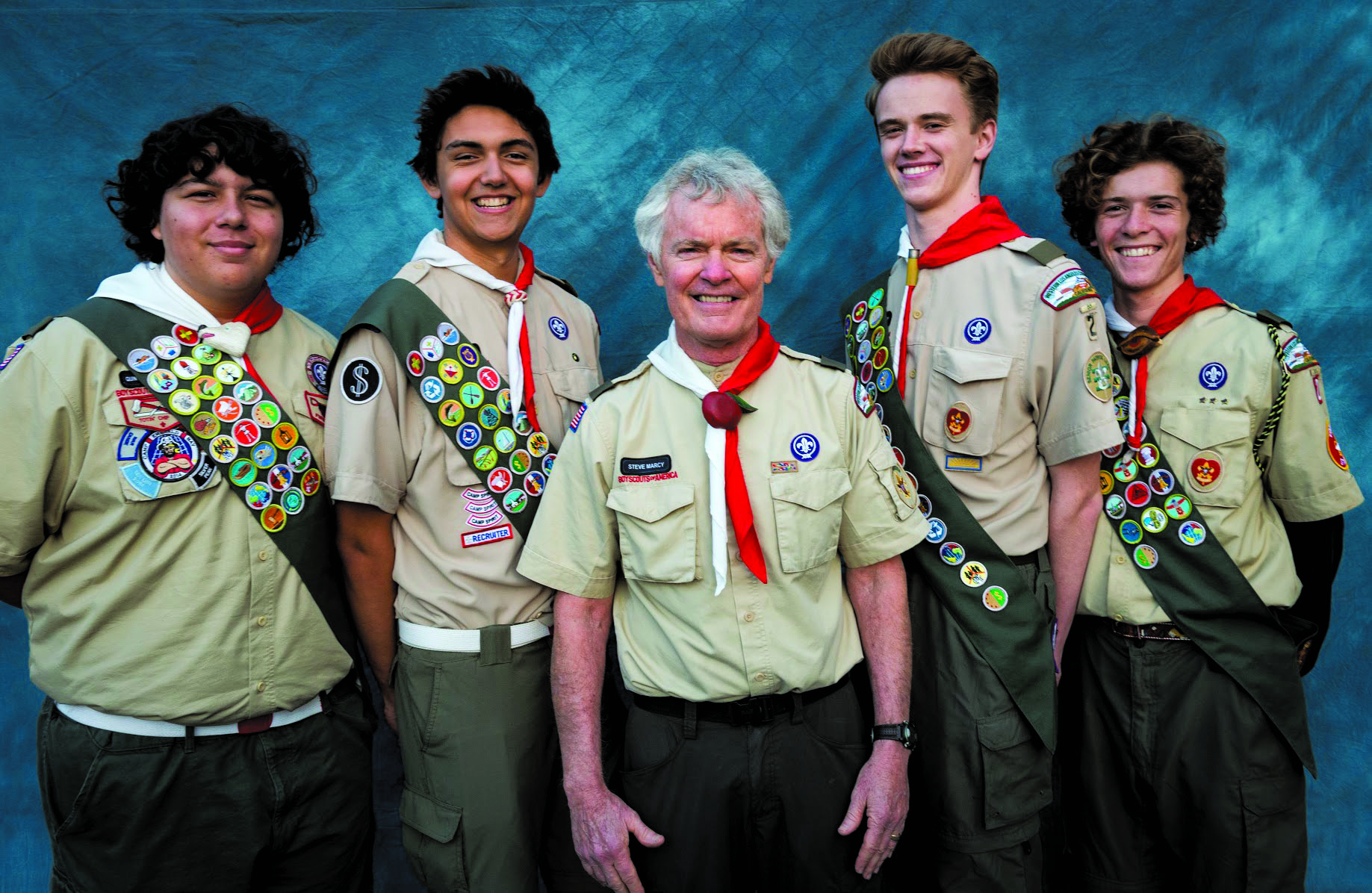 The Eagle rank honors exemplary effort, leadership, and service. Only six percent of Boy Scouts achieve the rank of Eagle. In addition to demonstrating proficiency in first aid, citizenship, camping, swimming, emergency preparedness, and many other skills, Eagle candidates must coordinate and complete a community service project that demonstrates significant leadership abilities. Each of the Scouts onored led a major project to improve quality of life in the Santa Monica community.

Goldman-Belsma renovated a playground at the Bible Tabernacle Church and Homeless Shelter in Venice. As well as painting lines for a basketball court and refinishing wood furnishings, the project included a full-scale mural of the Venice Boardwalk depicting people walking, skateboarding and swimming, an invitation to children at the shelter to go outside and play. At the Mount Olive Lutheran Church in Santa Monica, Hammersly spent hours removing weeds and old turf, digging numerous holes and installing new plants. A neglected dead lawn became a beautiful drought-friendly garden that the entire community can enjoy. Rodrigues renovated a Community Garden at the Congregational Church of the Messiah in Westchester. He built 20 new planter boxes, weeded the surrounding area and covered it in mulch, and installed 80 feet of fencing along one side of the garden, creating a more secure and welcoming garden. Smith expanded the Spirituality Garden at Saint Monica’s Catholic Church, including the removal of old bushes and the planting of new, drought-tolerant 15-gallon shrubs to match the existing landscape. All of the projects included many hours of manual labor by Troup 2 Scouts working together under the direction of the Eagle candidates.

Troop 2 is one of the oldest and largest Boy Scout troops in the Western United States. In its 70-year history, Troop 2 has graduated 350 Eagle Scouts and traveled to Scout camps and high adventure destinations throughout the United States. Troop 2 Scouts are known to have saved at least 63 lives. For more information head to: troop2bsa.org.