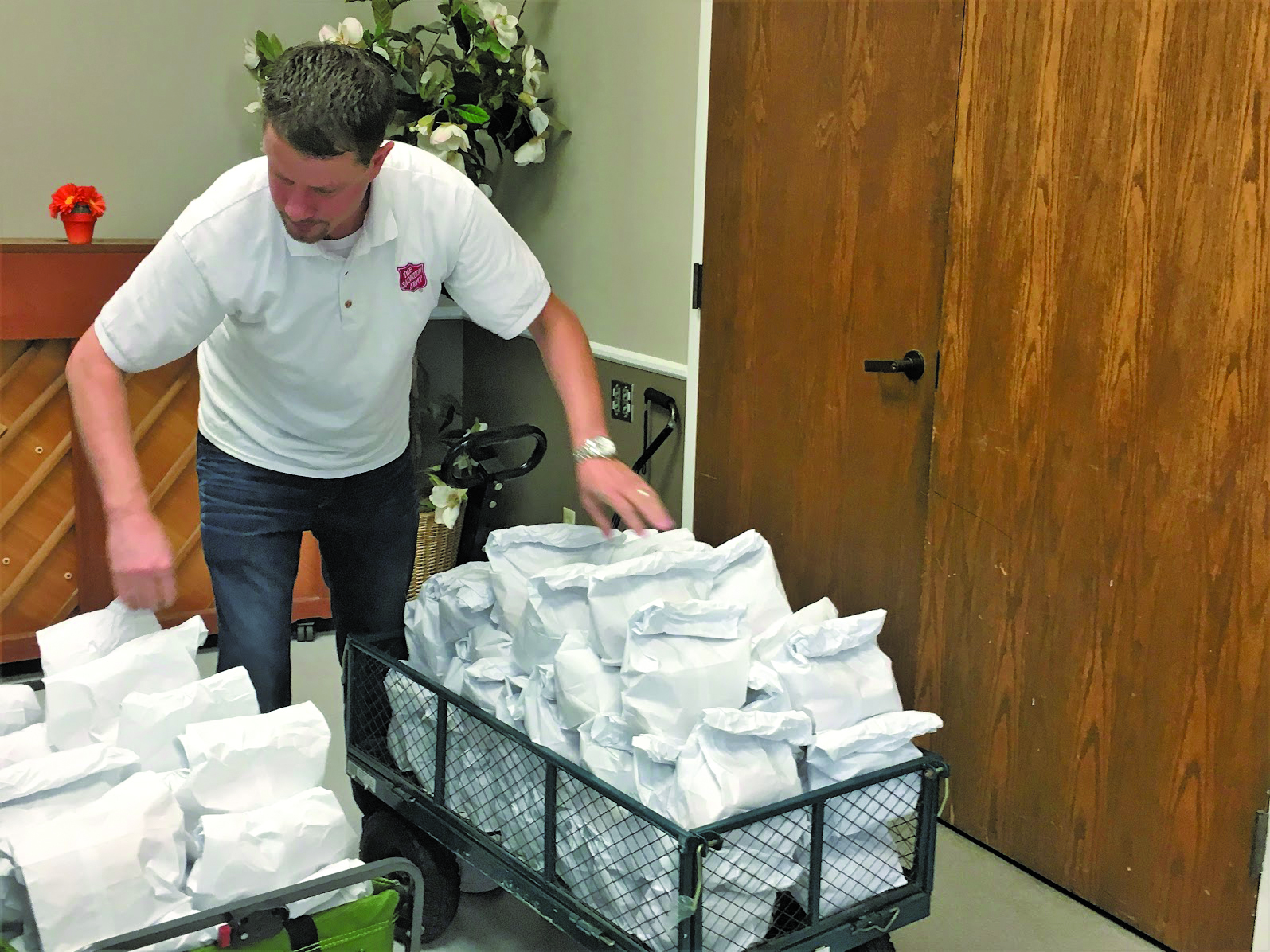 Haircuts, Corps Officer Captain Kari Rudd explained, were provided by volunteers from the Long Beach 217 ARC center. These volunteers came prepared with all the necessary equipment, and had a line of people waiting to get haircuts as soon as volunteers began showing up.

“This will be the second time that we’ve done it,” said Rudd. “We did it last month and we want to make it a regular thing.”

Salvation Army volunteers spread word by letting those to whom they handed out lunches know that haircuts and manicures were available back at the Santa Monica branch. Manicures, Rudd explained, were being given for the first time that Saturday.

“We’re going to let everyone know to come on back,” said Rudd. “We want to take some time to bless our homeless friends because sometimes people just walk right by them.”

Two teams from the Santa Monica Corps handed out food at the Public Library and at Pacific Palisades Park, while additional volunteers from the University Presbyterian Church headed out to Venice to serve the homeless population there. The Presbyterian Church, Rudd explained, lends their help to the Salvation Army on a regular, one a month basis.

In total, between the three groups present, dozens of volunteers were able to work in tandem to provide all of these services, finishing packing lunches just thirty minutes after the Salvation Army building opened its doors.