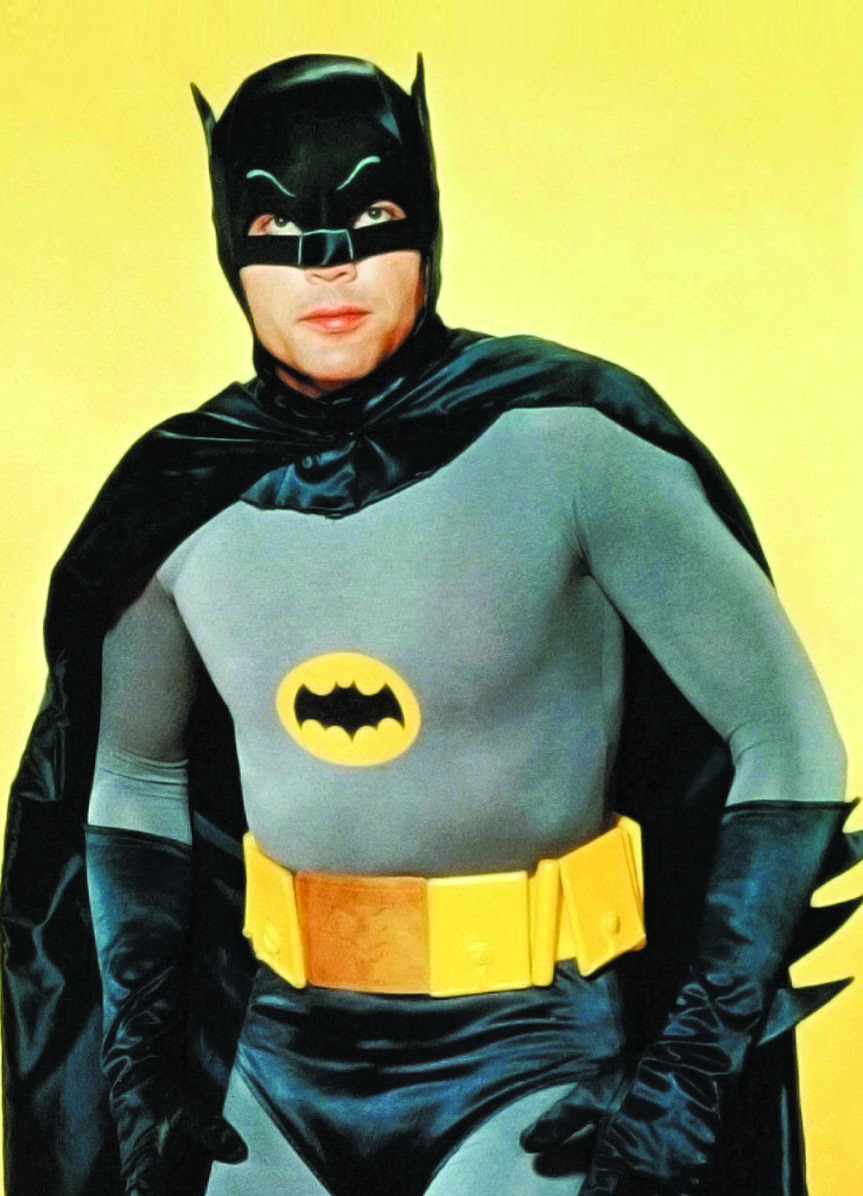 One of the many affectations of the 60’s television series “Batman,” and there were many, was the tendency for Robin the Boy Wonder (actor Burt Ward) to exclaim something with the word “Holy” in front of it after Batman had just explained a sinister plot. Finding out that the Joker was creating a line of exploding breakfast cereals, Robin was likely to say something like “Holy Cornflakes, Batman!”

That was exactly where the dialogue lived on the series and, as one of the millions of child viewers of the program, I think I can reasonably assert that we dug it. We loved the overstatement and, certainly in my example, the corny flavor of what passed for conversation between the heavily costumed actors. It would make for an interesting roundtable on TV writing to have panelists discuss whether the dialogue on the 1960’s “Batman” was any more clichéd and double-entendre laden than what we now get in cop shows, procedurals, and dramas like “Scandal” or even “House of Cards.”

Adam West, who courageously wore a cape and a mask for “Batman” for two and half seasons from 1966 to 1968, passed last week. His death brought plenty of speculation that because his first big break had been a very campy TV series that he himself described as “farce” he never found later success as a serious actor. But then, at the current moment, we have serious actors George Clooney (who also played the Caped Crusader in a movie) and Andy Garcia hamming it up in a TV commercial for a coffee pot. So your mileage with camp may vary.

“Batman” – the ABC series with West – was a frothy stew mixing cartoon bubbles deployed during fights (“Bam!” “Pow!” “Ka-boom!”), a very cool Batmobile that was every youngster’s idea of what a true set of “hot wheels” should look like, and near ridiculous episode-ending predicaments that might spell the end for the Dynamic Duo (they were going to be frozen to death or perhaps chewed-up in something akin to a giant paper shredder). These “Tune in next week!” teases were meant to emulate the “cliff-hangers” of early movie house serials such as Buck Rogers with Buster Crabbe.

In honoring the tight-chinned performances the late West made in “Batman,” it is interesting to note what the series was not. It was not heavily dependent on guns or gun violence. In fact “Batman” went out of its way to be only mildly violent in a florid comic book way. Most the weapons used were right up there with the stuff the Coyote buys from the Acme Corporation to catch the Road Runner: Giant ray devices that would freeze Gotham City or maybe cause citizens to fall asleep so that a bank could be robbed. There were a lot of sprayers and devices for releasing gas that would produce memory loss or ridiculous mass behaviors. I can’t say I remember a machine gun or certainly a semi-automatic weapon in any of the episodes and I don’t remember anyone being gunned-down.

Instead, the Dynamic Duo stopped the bad guys with boomerangs and 180-degree “Bat Turns” of their amazing vehicle. West’s Batman was a scout leader to Ward’s Boy Scout, regularly dispensing speeches on liberty or citizenship before invading the Joker’s den to crush the plot to turn the Statue of Liberty into a giant cannoli or – well, you remember.

And you do remember. Because Adam West’s “Batman” was arguably part of a national salve we were applying to our psyches to keep us from feeling the heat of the Vietnam War or the queasiness of the Cold War and its nuclear implications. While North Korean leader Kim Jong-un would easily have made the cut as a villain on 1960’s “Batman,” there would never have been representation of anything like a nuclear weapon or the destruction it could produce. Instead, the Supreme Leader would likely be saddled with using some sort of gas that made everyone who came in contact with it croon “Dominique” by the Singing Nun.

Some years back, this column took issue with the way, back in the day, that the TV “comedy specials” of Bob Hope and propaganda war films like John Wayne’s “Green Berets” played into the mentality that the U.S. was winning the Vietnam War. “Batman” never preached to reality, instead confining the action to a made-up cardboard city full of Halloween-costumed rapscallions who aspired to control the weather or manufacture fake diamonds. They never threatened democracy. In one of the “Batman” conceits, Batman and Robin would climb up the side of a building – hanging onto a rope and standing upright – in a visual effect created simply by turning the camera on its side. We knew how it was done and we loved it. Today as we proceed to investigate our current villains, we’re not surprised when they turn the truth on its side and pretend to be ascending. We just don’t enjoy it as much as when Batman did it.