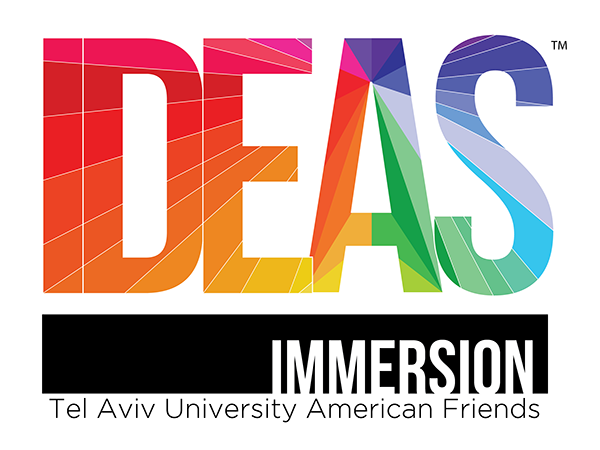 IDEAS Immersion will bring nine of Israel’s most talented, aspiring women entrepreneurs to California’s tech epicenters for a three-week intensive start-up acceleration program, hosted by Tel Aviv University (TAU) and its American Friends. The opportunity-filled platform, which kicks off at Cross Campus Downtown LA on June 5, is designed to engage and encourage an elite new generation of innovators, with a special focus this year on women in tech.

While women represent more than fifty percent of the U.S. labor force, only a quarter of tech jobs at the top U.S. tech firms are  by women, with only 18 percent of women holding leadership positions. Yet studies have shown that, despite receiving 50 percent less venture capital funding, women tech entrepreneurs are able to generate20 percent greater revenue than their male counterparts. Still, only seven percent of VC funding goes to women-led startups.
IDEAS (Israel, Digital, Entrepreneurs, Arts and Science) Immersion partners with Los Angeles- and San Francisco-based tech/entertainment/science business leaders, angel investors and venture capitalists to serve as mentors to the participants, providing them with the tools and networks to succeed, as well as  serving as a launch pad for their startups.

“IDEAS Immersion is a unique experience that will help prepare these outstanding women to become the future leaders of the digital technology world,” said David Dorfman, Executive Director of IDEAS Immersion and Vice President of the American Friends of Tel Aviv University Western Region. “The program is designed to enable our participants to work collaboratively and learn from some of the chief thought-leaders in the industry. We’re thrilled to have the opportunity to work with this cohort of entrepreneurs, along with our corporate sponsors, to help further fuel the digital technology industry in Israel.”

Uri Bar, a 2016 IDEAS Immersion participant, and his company Easy2Hike were recently awarded $100,000 as part of a start-up competition at TAU.

The University has played a key role in Israel’s rise as a world leader in research and as a tech hotbed. Approximately fifty percent of all Israeli entrepreneurs are alumni of TAU and the university is ranked ninth globally for producing the most venture capital-backed entrepreneurs.

With this in mind, TAU created TAU Ventures, a new $10 million venture fund focusing on early stage ideas from students, alumni and the wider Tel Aviv ecosystem. With its first close expected in June 2017, TAU Ventures will be able to invest in this year’s participating IDEAS Immersion startups.

The second-year program, developed in partnership with Cross Campus and Google, includes a series of in-depth workshops, educational panels, community events, and on-site visits to major California corporations, culminating in a community-wide Demo Day.
Community events that will be open to the public include:

The program will also be held in Chicago starting August 27, 2017 in partnership with 1871.

IDEAS Immersion partners with dozens of corporations, community organizations and influencers in the technology, media, entertainment, lifestyle and health industries in Los Angeles, San Francisco and Chicago to present the multi-week program.