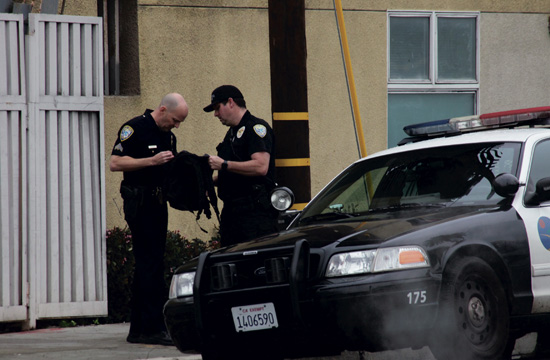 It started around midnight when police responded to a break-in alarm at the BevMo at 5634 South Sepulveda Blvd., said Culver City police Lt. Leon Lopez.

Three men in a van led police on a pursuit at speeds of 50 to 100 mph around Culver City and Los Angeles including the Marina (90), San Diego (405) and Santa Monica (10) freeways, Lopez said. The suspects bailed out of the van at 10th Avenue and Jefferson Boulevard in Los Angeles.

All were arrested on suspicion of burglary, he said. No injuries were reported. The liquor was recovered.