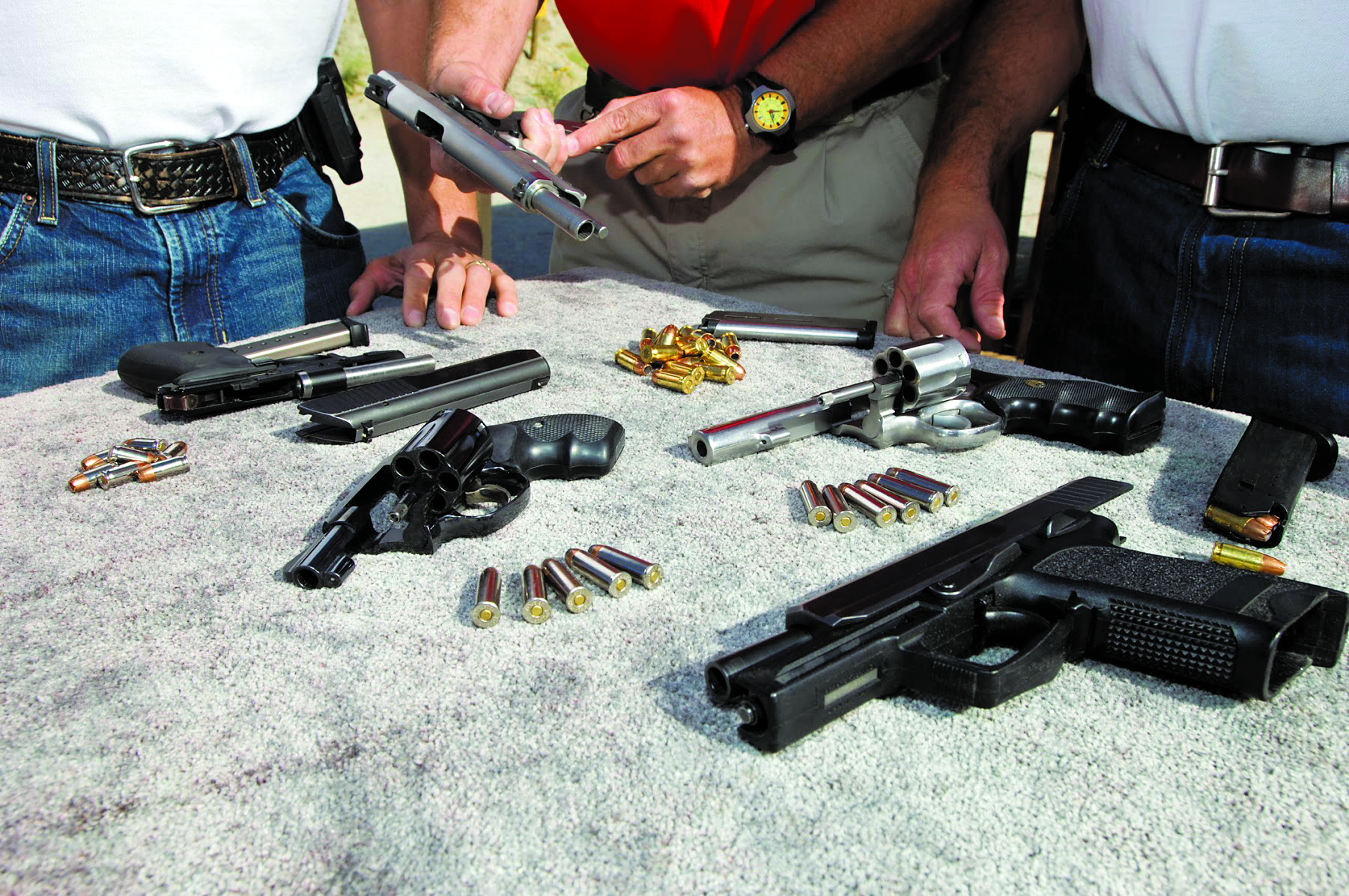 First, let me acknowledge that there are always hesitations before deciding to write, once again, about guns in America. Not just for me and the space I am gratefully granted here in The Mirror, but for anyone. The first concern is that in adding to the mountains of what has already been written after all the tragic gun events we’ve experienced, one might cause readers to tune out seconds after they realize what the topic is going to be… again.

The second is that guns themselves are the issue, not any of the jawboning that ensues after these shooting deaths. We might logically look more closely at such things as mental health care availability or issues with rage or even politics… if what was occurring was that people were walking onto baseball diamonds with a pair of scissors in their hands and anger in their eyes. But that’s not what is happening. People are using efficient and deadly guns, because they can get guns… to use them. People are dying because of the availability of a horribly effective product.

When an automobile has a defect such as wrongly deploying air bags that can cause death, we recall the cars. With guns, we have people insisting that the product needs to be out there; that it must be out there. That it needs to be available, and that it is our “right” to have that access to the product. And of course there’s the new mantra that suggests the only real solution is more guns being out there.

That may not be a complete review of the current dilemma, but I want to start there to bring in another aspect of what is going on with American citizens and guns: I believe guns have a drug effect. With all that we have learned about the backgrounds and lives of the shooters thus far, I think we can reasonably view guns as a powerful narcotic that doesn’t just destroy the life of the user; it kills those who come in contact with the user. And thus transforms the user.

A gun enables the user to act on their feelings in a way heroin does not. I’m not qualified to link sexual frustration and sex-related male rage to the deployment of a gun, but I think you can get that information if you believe there’s a connection. What we do know about guns is that they offer resolution. Most drugs only provide temporary comfort for those with unresolved pain and grievance. The drug of guns sews up the aching wound with resolution.

You aren’t required to buy-in to these analogies, but you can’t disagree with the success rate of the product: Guns claim over 30,000 lives annually, according to the U.S. Centers for Disease Control and Prevention. For every person who dies from a gunshot wound, two others are wounded. Every year, approximately 100,000 are victims of gun violence. Firearms were used in 19,392 suicides in the U.S. in 2010, constituting almost 62% of all gun deaths. Again, I would cite how the ‘drug’ of guns offers resolution.

And again… if a children’s toy created a choking hazard or a cough syrup had a toxic additive, we would recall the product using all of the media at our disposal. Instead, the drug of guns gets hours of free advertising every week on television and in movies. Gunplay replaces writing about human experience and always provides resolution to conflict. Take the guns out of movies and television and let me know if there’s still too much to catch-up on in your Netflix queue.

But come on, you know most of this. Despite the stagnation between what we know about guns and what we do about guns there are some interesting new arguments appearing. One of the better of these examines the way Americans have been hammered into fear of terrorism, then it compares the number of Americans killed by terrorists to the number of deaths from citizen-on-citizen gun violence.

We become hopeful that logic will prevail with guns only to be returned to the depressing reality that we view every day. A depression brought on not just by more aggressive mass shootings, but from the lunacy of our so-called leadership. Run the video of our President being sullen about the Virginia baseball practice shooting alongside footage of his reception (in May 2016) as a candidate at an NRA convention, where he called getting the NRA’s endorsement “a fantastic honor” and then threw the crowd some red meat by saying that Hillary Clinton would repeal the Second Amendment. There is the drug of guns, and there is also the drug of gun lobby support. Both distort reality; both are proving fatal.

The L.A. Times, just a few days after the Virginia shooting, predicted that nothing significant would change regarding our addiction to guns just because this time the bullets went right into government. ˆ reminded us of the dead children in Newtown, and how even that failed to mobilize us. I know we’re stoned, but being high on guns must stop. Like a throwback to another decade, guns are a drug creating a cult with an obsession with death. How long before we just say no?