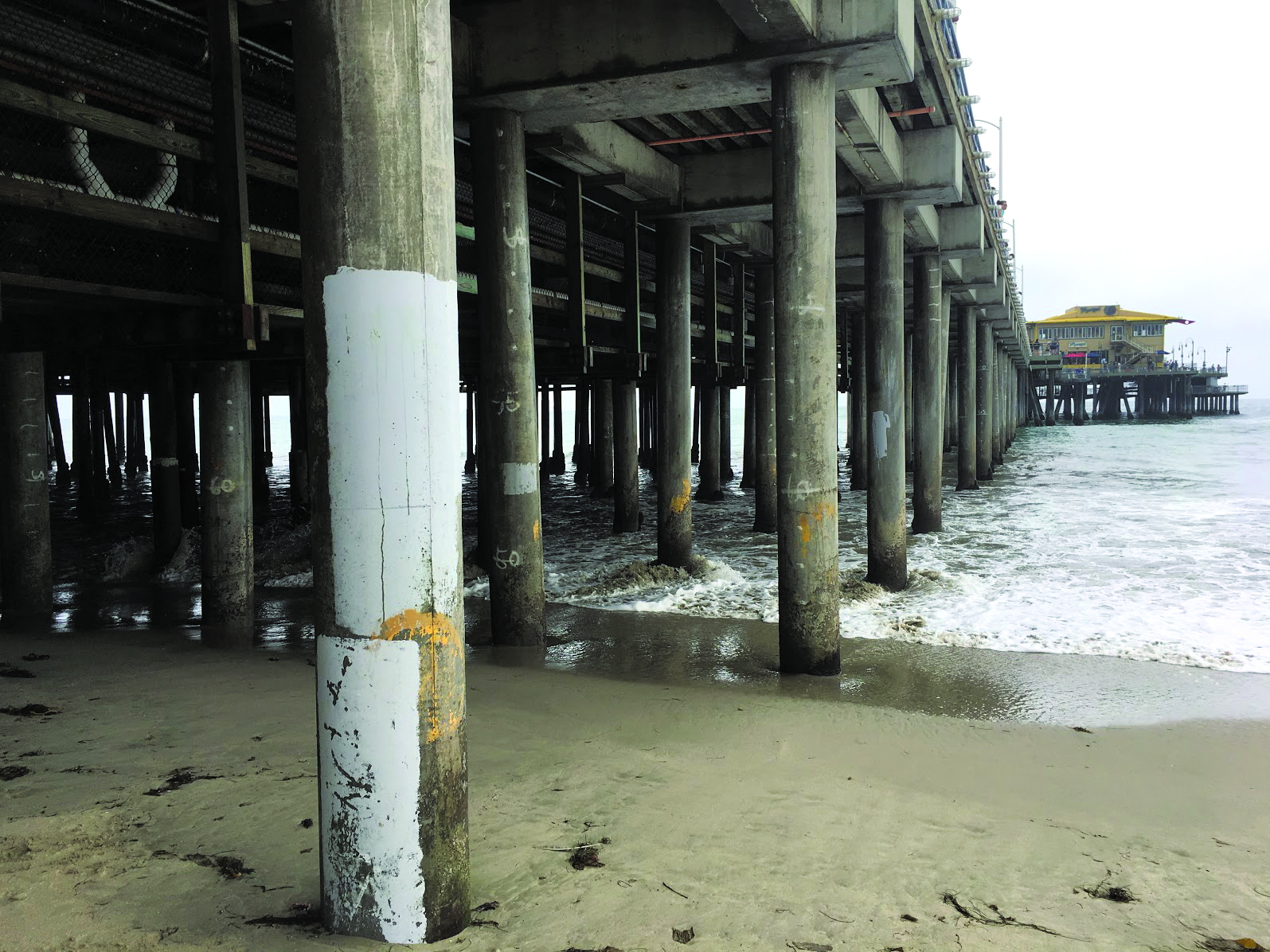 The latest report cites moisture, lack of sunlight and bacteria from birds as causes for the pier’s poor ranking.

“While the score for my hometown’s Santa Monica Pier is disappointing, it highlights the urgent need to improve stormwater capture infrastructure and support local governments in reducing urban runoff pollution,” said California Sen. Ben Allen of the 26th District.

Heal the Bay’s Beach Report Card Manager James Amarillo explained that the pier itself makes the site a difficult area to keep clean, as saltwater and storm runoff trapped under the structure builds up harmful bacteria.

“It may be something that just unfortunately comes with having a pier right there, or a man-made structure,” he said. “It’s not like you have an open, exposed beach.”

Dean Kubani, Santa Monica City’s chief sustainability officer, said that on most parts of the beach, ultraviolet radiation from the sun kills bacteria. Under the pier, however, the lack of sunlight plus high tides creates a perfect mix for harmful bacteria to spread.

“Even after a storm where you have runoff that goes into the bay and that brings with it bacteria, usually after a couple of days that goes away in most locations on the coast, but, underneath the pier, that bacteria, because it’s not knocked down by sun, will continue to live in the moist sand,” he said. “Then, when you get a high tide, it’ll bring that stuff back up to the surface, and that’ll continue to give you bad grades on your water test.”

In light of how difficult it is to keep the beach under the pier clean, Amarillo commended the City for its efforts to improve the water quality, such as educating pier visitors not to throw food and waste into the ocean, setting up nets under the pier to keep away pigeons and seagulls, checking the sewers that run underneath the pier for leaks and damage, as well as constructing a facility to recycle polluted water.

“There is no more urgent illustration of why we need to make these critical investments in our water management systems,” she said in a statement Thursday, June 15. “Every resident of this county has the right to clean water whether for drinking, bathing or swimming.”

Amarillo still encourages beachgoers to swim at the Santa Monica State Beach – just be sure to stay a safe distance away from the pier.

“What I say to people is still come to the beach, just walk a good football field away from the pier on either side of it, the north or south side, and the water quality should improve greatly, and you should feel very comfortable going in the water any of those spots outside of that football field distance away,” he said.

Kubani added that he urges residents to come out and enjoy areas of the beach away from the pier.

“Don’t let the beach report card keep you from going to the beach,” he said. “Santa Monica is doing everything it can to address any kind of water quality and health issues and have for years, and we will continue to do that, because, ultimately, our goal is the same as Heal the Bay’s goal, and that is to make sure the beach is a safe and healthy place for people to come and enjoy and recreate.”