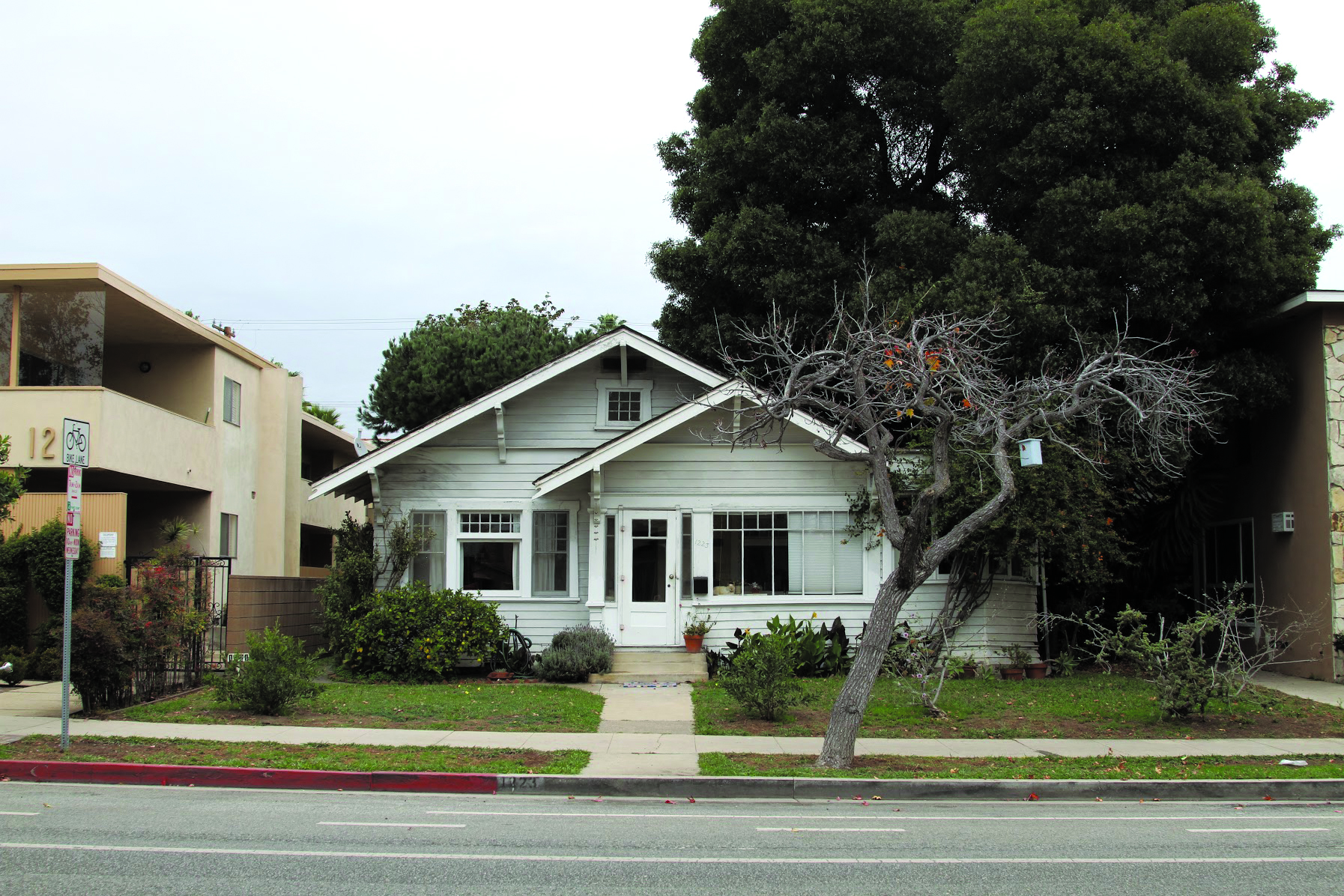 Santa Monica has had a long history of fighting to preserve its architectural heritage in the face of the innumerable pressures that threaten to destroy our architectural past. From the Chain Reaction Sculpture to the Civic Center Auditorium, from the Shotgun House to The Santa Monica Pier, these are all structures that are still with us because of the commitment of community activists. To paraphrase Thomas Jefferson “The tree of History must be periodically watered with the sweat of preservationists.” Fortunately Santa Monica, a small town of 94,000 souls, has a surprising number of zealous preservationists as evidenced by the abundance of organizations that act in a preservation capacity. The top three are the Santa Monica Historical Society, the Santa Monica Conservancy and the California Heritage Museum. But even such different organizations as SMRR act in a preservation capacity. By fighting the wholesale eviction of tenants and the subsequent demolition of their residences starting in the late 1970s, SMRR and the Rent Control Board probably indirectly saved more ordinary buildings over the last 40 years than the “official” preservation organizations.

The existence of any Historic District is really a miracle. While it is not unusual for a series of buildings to be built all at once, the decay over decades caused by fire, by earthquake, by termites, by neglect, by changes of building fashions, building codes and economic conditions all conspire to erode the integrity of any potential Historic District. The norm is that eventually there are not enough buildings of the original period to justify the district and all you are left with is an eclectic jumble of styles and periods. The trick is to fight to preserve a district before it is eroded to the point where there is not enough worth preserving.

Such a fight has been happening over the last three decades on 11th Street between Wilshire and Arizona. The east side of that block (with one building on the west side) has about a dozen bungalows built in the first two decades of the last century. The residents and neighbors led by Susan Suntree among others have been trying to create a Historic District here starting with the 1989 battle to save a craftsman home at 1253 11th Street. Unfortunately that home, in spite of the support of such luminaries as the late Tom Hayden, could not be saved and is now a condominium building. Fortunately the battle to preserve the rest of the district has continued.

While all the buildings are in different states of alteration and repair they represent where the growing edge of our City was a hundred years ago when there were still many open spaces stretching east to the Westwood VA. Built by significant Santa Monica builders such as Waldo Cowan and Joseph Rowe (two of whose buildings are already Santa Monica landmarks), they are also connected to Hollywood since they include the home of Kenneth Strickfadden who was the special effects genius behind the first Frankenstein movie. These middle class homes represent the intersection of Santa Monica’s early history with real estate development and Hollywood, when single family homes were the norm in the mid-Wilshire area before the wave of apartments and condominiums we see today.

This Monday, June 12, a three decade process will come to a significant milestone. The Landmarks Commission will be hearing, at 7 p.m. in the City Council Chambers, whether to start the process of creating Santa Monica’s 4th Historic District. SM.a.r.t (Santa Monica Architects for a Responsible Tomorrow) welcomes all to come down and support this long term effort to save an important part of our early history. The creation of Historic Districts is the best symbol of a sustainable City that knows where it is going by understanding where it has been: they make our history real.

By Mario Fonda-Bonardi for SMa.r.t. (Santa Monica Architects for a Responsible Tomorrow)