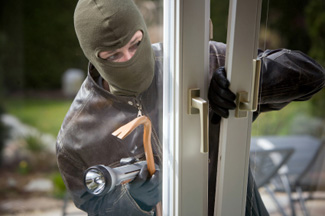 Two people, including a 17-year-old boy, were charged Wednesday in connection with two home-invasion robberies in Santa Monica in which three people were injured.