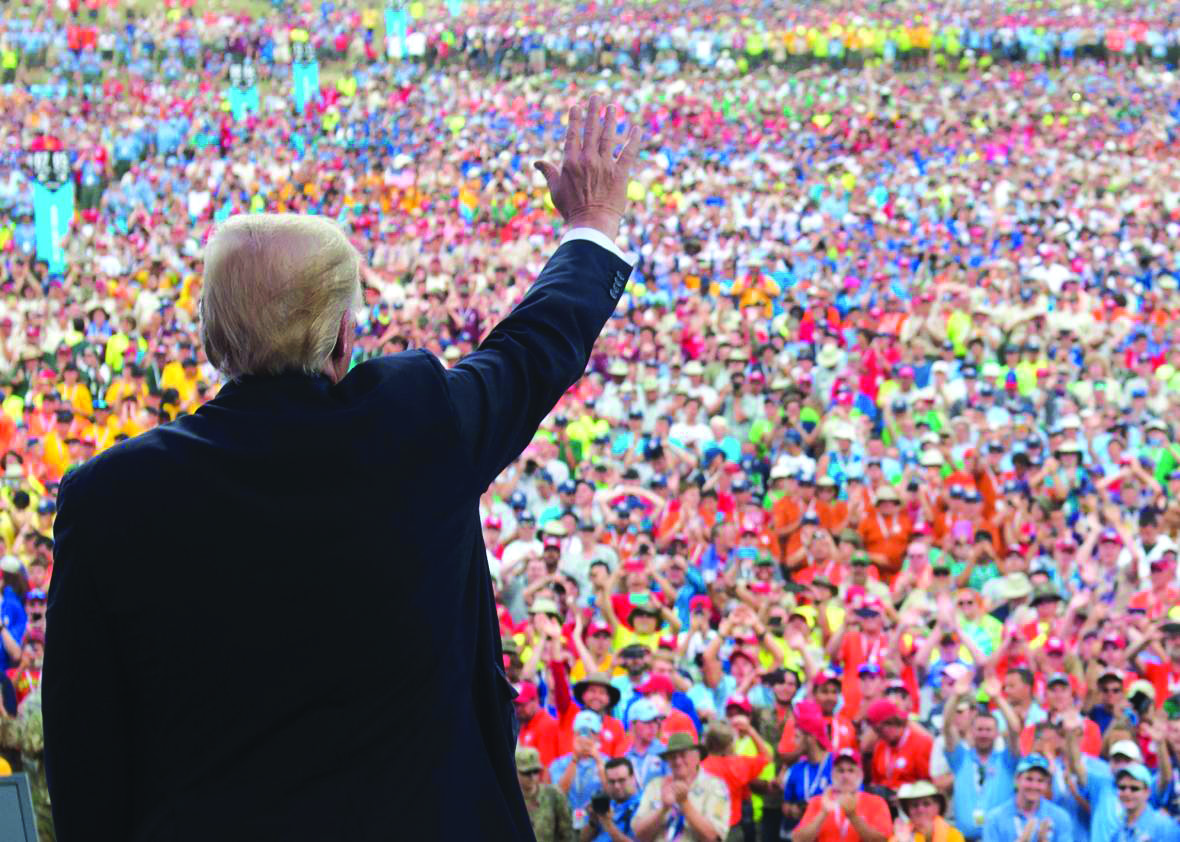 Santa Monica has a proud heritage of producing Eagle Scouts. As recently as June of this year, Santa Monica’s Troop 2 saw four local teen agers receive the highest rank one can receive in the Boy Scouts of America when they became Eagle Scouts. In reporting on that event, The Mirror cited the following impressive statistics: “Troop 2 is one of the oldest and largest Boy Scout troops in the Western United States. In its 70-year history, Troop 2 has graduated 350 Eagle Scouts and traveled to Scout camps and high adventure destinations throughout the United States. Troop 2 Scouts are known to have saved at least 63 lives.”

So it’s not surprising that the term “Boy Scout” has come to stand for honest, straight-shooters who support their community with good deeds and truthfulness in their work. People like former FBI Director James Comey and now Special Counsel for the Russia investigation Robert Mueller. Both have been characterized as “Boy Scouts” in the best sense of the term.

When the current President of the United States addressed more than 30,000 Scouts at their National Scout Jamboree in West Virginia and turned an opportunity to praise and reinforce their values into yet another shouted paean to himself and his dubious accomplishments, it was more than just another depressing fire hose of narcissism from Trump. The current President, in front of a large crowd of America’s best and brightest, chose not to acknowledge and celebrate the shinning goodness before him but to instead inflict the boorishness of his self-love on thousands of young men who are already better Americans than he will ever be.

It is worrisome that we are presently enduring such a sustained tsunami of deceit, lying and obfuscation that the term “Boy Scout” and those it is used in reference to are beginning to feel like an anachronism. Just like the words “wholesome” or “pure” or “quality,” we’re beginning to utilize the idea of a “Boy Scout” as something that used to be prevalent and is now rare and hard to come by.

At the root of this may be our growing fear that ethics and standards have become completely “situational” and that our knowledge of whether ethics have fallen out of a window can now only be known in the notes of an investigation after it’s too late. Look at the beating the term “doctor” is taking right now in the revelations reported in the L.A. Times about USC’s former dean of the Keck School of Medicine, Dr. Carmen A. Puliafito. Yes, doctors are human. But were we wrong to assume a high level of professional character when one of them enters a room and begins to examine our eyes?

When I moved to Manhattan for a TV writing job in 1989, I was standing in a cafeteria line at a television production studio when the guy ahead of me said to his companion, “If this show I’m on does well, they’ll move it to a good studio.” His companion responded, “This is a good studio.” Days later I viewed an apartment to live in where the rent would be three times what I paid back in Denver. I said to the production assistant showing me the apartment, “I would think for this much money I could get a good apartment.” He replied, “This is a good apartment.” That little couplet became a running joke about adjusting my expectations for living in New York City.

Prices and expectations can be situational; our nation’s ardor for truth and integrity should not be. This week, the Democratic Party announced that its new slogan would be “A Better Deal.” Better than what we’re getting from the current administration? Good Lord, I should hope so.

And thus do we sometimes adjust our expectations downward. And yet within society, many choose to stick with the original template and keep striving. Such is the nature of an organization like the Boy Scouts: They are maintaining their standards. It’s not their fault that at any other time in history an address by a current President at their national jamboree would have been an honor instead of a scheduling mistake.

After November of last year, many (and by dint of the popular vote, most) Americans assumed that the damage Trump might inflict would come by way of regulation rollbacks and hackneyed legislation replacing sound laws already in place. But now there’s this other thing and it is pernicious: The White House is insisting that Americans adjust their standards for truth and honesty downward, to make the putrefaction of their administration look like business as usual. “Boy Scouts” like James Comey and Robert Mueller won’t have it. The real Boy Scouts – as judged by comments from parents and scouts alike regarding Trump’s ego-fest at their event – won’t have it either. Dear Boy Scouts of America: We will not let your kind become an anachronism in the 21st century we all share. We’re trying to catch-up with you, but we’ve just suffered a significant setback. We promise do our duty.