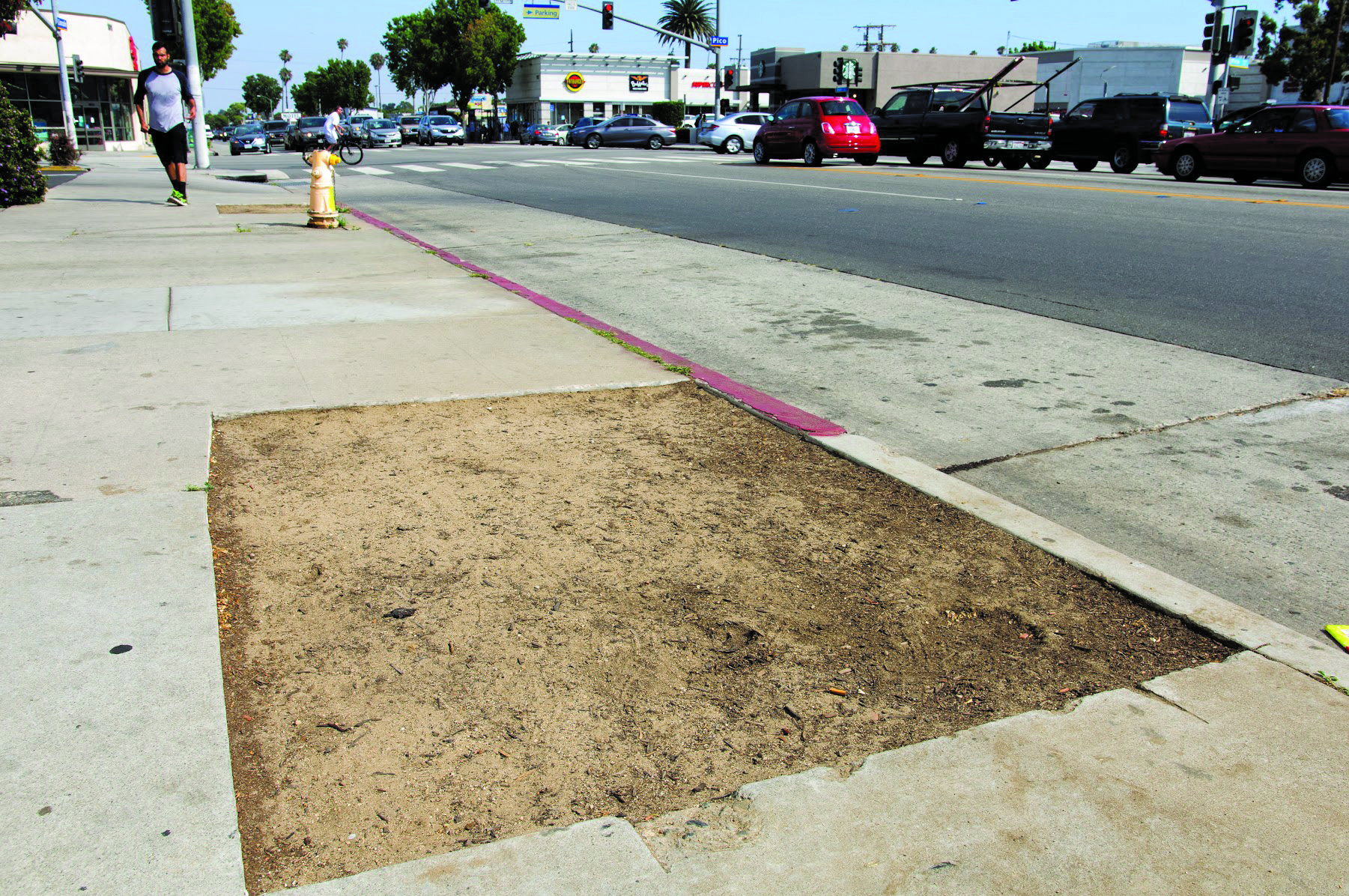 Lincoln Boulevard south of the I-10 is a welcome corridor for many entering our city, yet it is one of the most undisputedly unattractive parts of Santa Monica. Business use of the street aside, 23 empty planting wells, now cracked and brown, have been waiting for trees since before 2012.

Efforts to remedy the situation became official more than five years ago when the Lincoln Boulevard Task Force (LBTF) made steps to work with the City of Santa Monica to beautify the area after the City took control of Lincoln from the State.

The stretch from Michigan to Ozone has seen about seven wells planted in the past five years, but the City’s 2012 promises of planting 30 trees in July/August of that year, are far from being fulfilled. Correspondence from the City five years ago, clearly states that tree selection, planting, and the funding associated with the project was all ready to go. Not much has happened since then, in terms of actual planting.

According to the City this week, 16 wells are now scheduled for planting by mid-August of this year as part of the LiNC streetscape design.