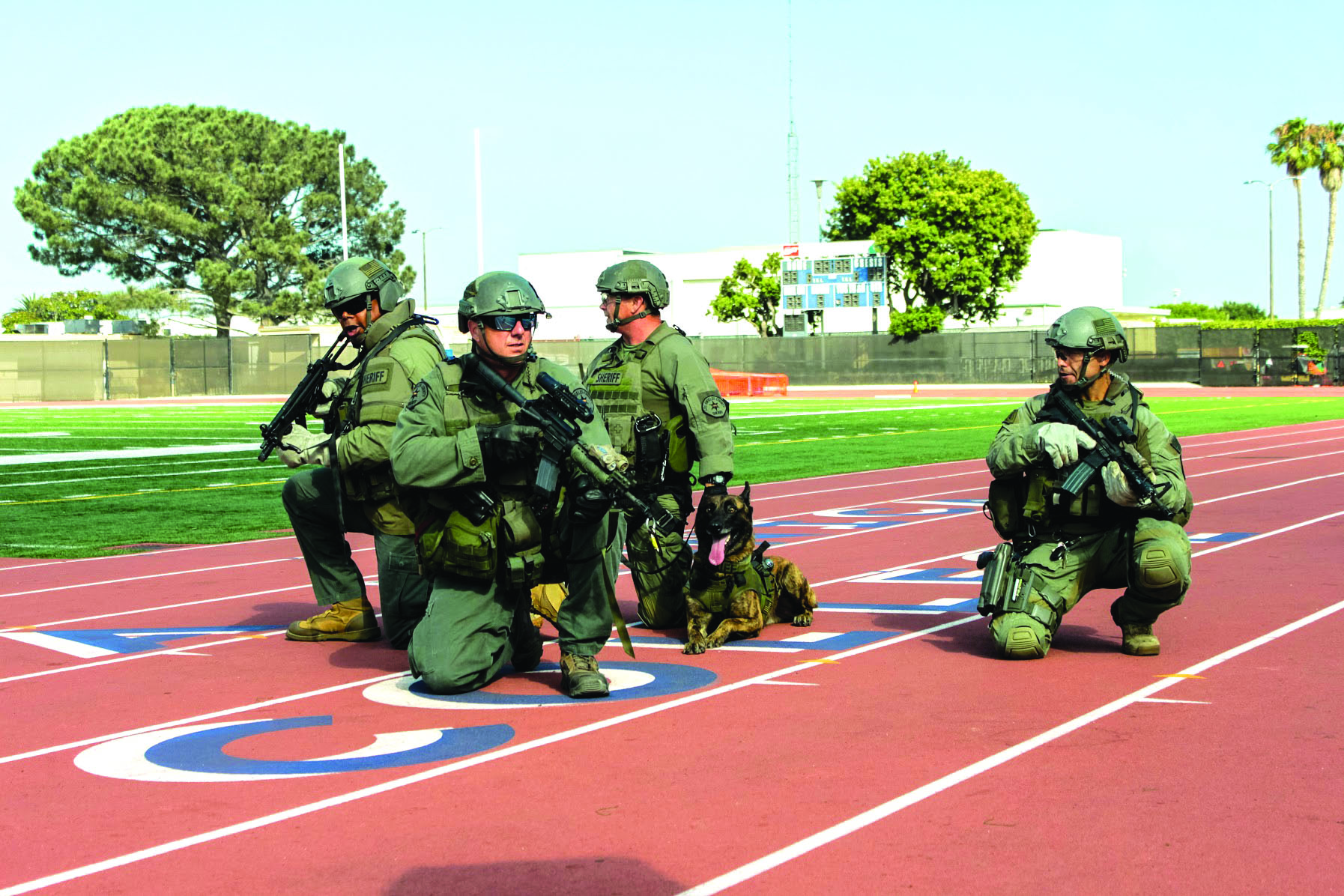 The Los Angeles County Police Canine Association (LACPCA) hosted their 18th annual Show and Fundraiser, on the athletic field of Santa Monica’s Corsair Stadium Saturday, July 22. The event featured a live K-9 demo with the top dogs from police departments from across Los Angeles County, including Inglewood, West Covina, Beverly Hills, San Fernando Valley, Redondo Beach, Santa Monica and more. In addition to public education about police tactics and K-9 units, the event was an opportunity for officers to showcase their training and handling skills.

The program for the event included apprehension of crime suspects, burglary scenarios, bomb scares, search and rescue scenes, narcotics detection, and a helicopter deployment of a K-9 unit onto the Corsair Athletic field. Board member of the LACPCA, Jason Reeves cites that the helicopter deployment is a crowd favorite, for officers and the public alike, stating that “percussion bombs are used to simulate explosives that can happen in crime scenarios/situations, and the canine unit is tactically lowered onto the field.” The helicopter deployment that Reeves describes is often used in situations with fleeing suspects that are involved in carjacking and robberies – but not exclusively.

Over the course of the event the canines and their law enforcement handlers demonstrate the types of scenarios that find themselves in while out in the field. One of the highlights was a speed test, in which the canines raced past a radar gun to catch a suspect. The speed of the canines ranged between 19 and 25 mph. While the crowd cheered on their favorite canines, the K-9 officers were vying the position of best-of-the-best.

Once the closing ceremonies finished and the trophies were distributed, board members of the LACPCA such as Mike Goosby and Mario Gonzalez, as well as handlers for the various police departments walked among the crowd to introduce their K-9 partners to the public. Children asked to pet the dogs and take photos, while adults asked about retirement and care of the animals. The funds raised from the day’s events are used for future care for these active duty dogs, most of which retire around the age of 10.