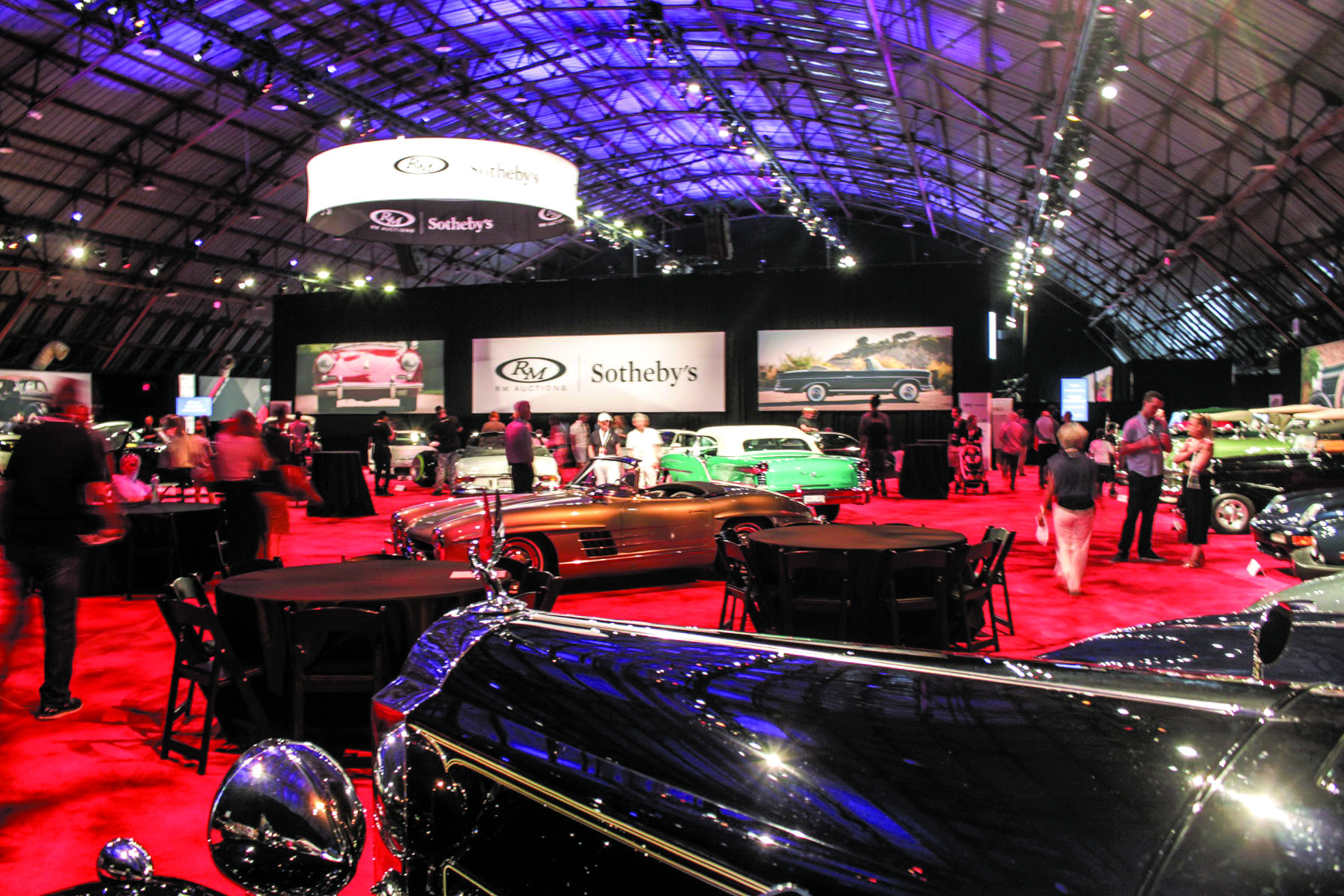 The Santa Monica Car Auction, hosted by Auctions America, was held June 24 and 25 in the Barker Hangar at Santa Monica Airport. The weekend event brought auto enthusiasts of all ages, auto dealers, and car bidders from across the Westside and beyond. Auctions America is RM Sotheby’s new collaborative partner and 2017 marks the 5th year of the annual car auction.

Throughout the hanger a variety eclectic vehicles lined the walls and carpeted floor. From sports cars to SUVs and motorcycles, the vehicles placed on displayed for auction drew in a large and diverse crowd. Gord Duff, the Global Head of Auctions at RM Sotheby’s notes that some the auction’s highlights include a 1929 Duesenberg Model J Convertible Sedan by Murphy, as well as a 1930 Cadillac V-16 Roadster by Fleetwood.

Directly outside the hanger people weaved their way up and down the aisles of automobiles, occasionally stopping to check under the hood, hop inside, and get a “feel” for a particular vehicle. With both vintage and modern vehicles on site, the annual auction drew out bidders, dealers and auto enthusiasts. Once the auctioning of the weekend’s lots began, the auctioneer spoke a mile a minute, “Opening bid starts at $1,000. Do I have 1.5? 1.5 over here… do I have two? Two thousand dollars? Okay. $2,000! I have two thousand over on the internet. Do I have 2.5?”

As bidding on automobile memorabilia concluded inside, crews of people outside were busy prepping, polishing, and moving vehicles in place so that they could be driven onto the auction platform. Back inside, the auctioneers began calling out the lot numbers that coming up as assistants on the floor kept track of the bidders.

While a majority of the seating on the bidding floor was dedicated individuals as well as auto dealers, a section alongside the wall of the hanger was dedicated to people participating in the auction remotely. In the hanger or online and via phone, the 5th Annual Santa Monica Car Auction’s eclectic array of memorabilia and vehicles is a crowd pleaser.