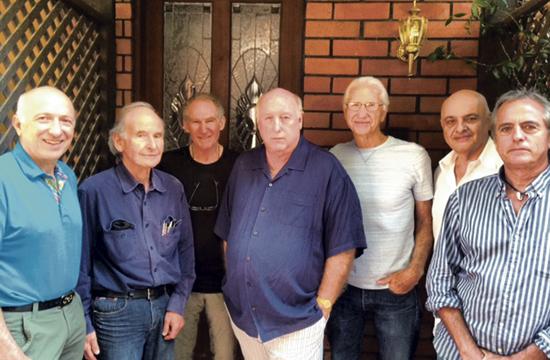 Continuing last week’s article, this week we present additional quotes from architects, designers, and philosophers who have thought deeply about the city environment.

“City life is not the only environmental option; a regional solution can offer a range of lifestyles and community types without compromising our ecology. A well designed region, when combined with aggressive conservation strategies, extensive transit systems, and new green technologies, can offer many types of sustainable lifestyles. New York City may have among the smallest carbon footprint per capita, but to solve the climate change crisis we do not all have to live in the city.”

“In any urban area, no matter how dense, keep the majority of buildings four stories high or less. It is possible that certain buildings should exceed this limit, but they should never be buildings for human habitation.”

“It is really developers more than anyone who place their bets on the inevitability of historic process. “This is the way things are,” they say. “This is the way the market works.” The fact that markets change all the time, that people go broke all the time when things change, does not seem to rattle the belief in conventions that guides the decisions of most (but not all) developers.”

“…One does not have to be a terrorist capable of monstrous acts to feel a deep sense of something terribly amiss with many new places we see being built. We know instinctively that something is wrong with a whole series of daily experiences that have become commonplace in towns and parts of towns we have built in the last fifty years but that were not everyday occurrences before then…Primates in the social environment of monkey island at the zoo look like they are doing all right, jumping around outside with their friends. But primates isolated in cages in research labs look terrible; you can see the sadness and desperation in their eyes. We are no different; when our environment does not suit our genetic makeup, bad things happen to our health and our spirits.”

“…research shows that the benefits of density are not linear, but taper off as density increases. In other words, there is an optimum density, above which the negative effects of density start to increase over the positive ones…And many cities around the world achieve this density without tall buildings, and while creating a very appealing, livable environment…”

“Most urban redevelopment projects, give or take a few malls, promise scenes like this: pompous, formalistic patterns that look fine from the top of a tower or in architect’s perspective, but will be an oppressive void to the poor pedestrian! The city is for human beings, not for a race of giant men playing a new kind of chess.”

“Cynics – or at least the cynics I talk to – think that pickings are made so easy nowadays for exploitative money in cities because the investment shadow world represents powerful interests, with a big say somewhere behind the legislative and administrative scenes. I have no way of knowing whether this is true. However, I should think that apathy on the part of the rest of us has something to do with the situation.”

“…Putting it figuratively, insofar as their effects on most city streets and districts are concerned, these…kinds of money behave not like irrigation systems, bringing life-giving streams to feed steady, continual growth. Instead, they behave like manifestations of malevolent climates beyond the control of man–affording either searing droughts or torrential, eroding floods.”

“High land costs encourage greater intensity of land use, and this, in turn, suppresses certain structural forms. Modern lot plotting tends to exalt the cube motif in architecture. Ledges, court yards, arcades, free standing towers, and magnificent outdoor stairways have become prohibitive luxuries for us. Even in the design of public buildings the architect must curb his ingenuity in designing balconies, bay windows, or projections of any kind. The tendency to stick to the “building line” is so deeply entrenched in modern practice that it has virtually outmoded worthwhile structural forms like the outdoor stairway.”

“The fact that so many of the examples which Sitte uses from the cities of the past are relatively small in scale has for our time many sound psychological meanings, because where the citizen hitherto has been active in the development of urban cultures the scale of his community has been related and comprehensible to him.”

These authors are worth reading. Many of them warn – either explicitly or between the lines–against letting ideological dogma form the shape of our cities. We should listen to what they say.