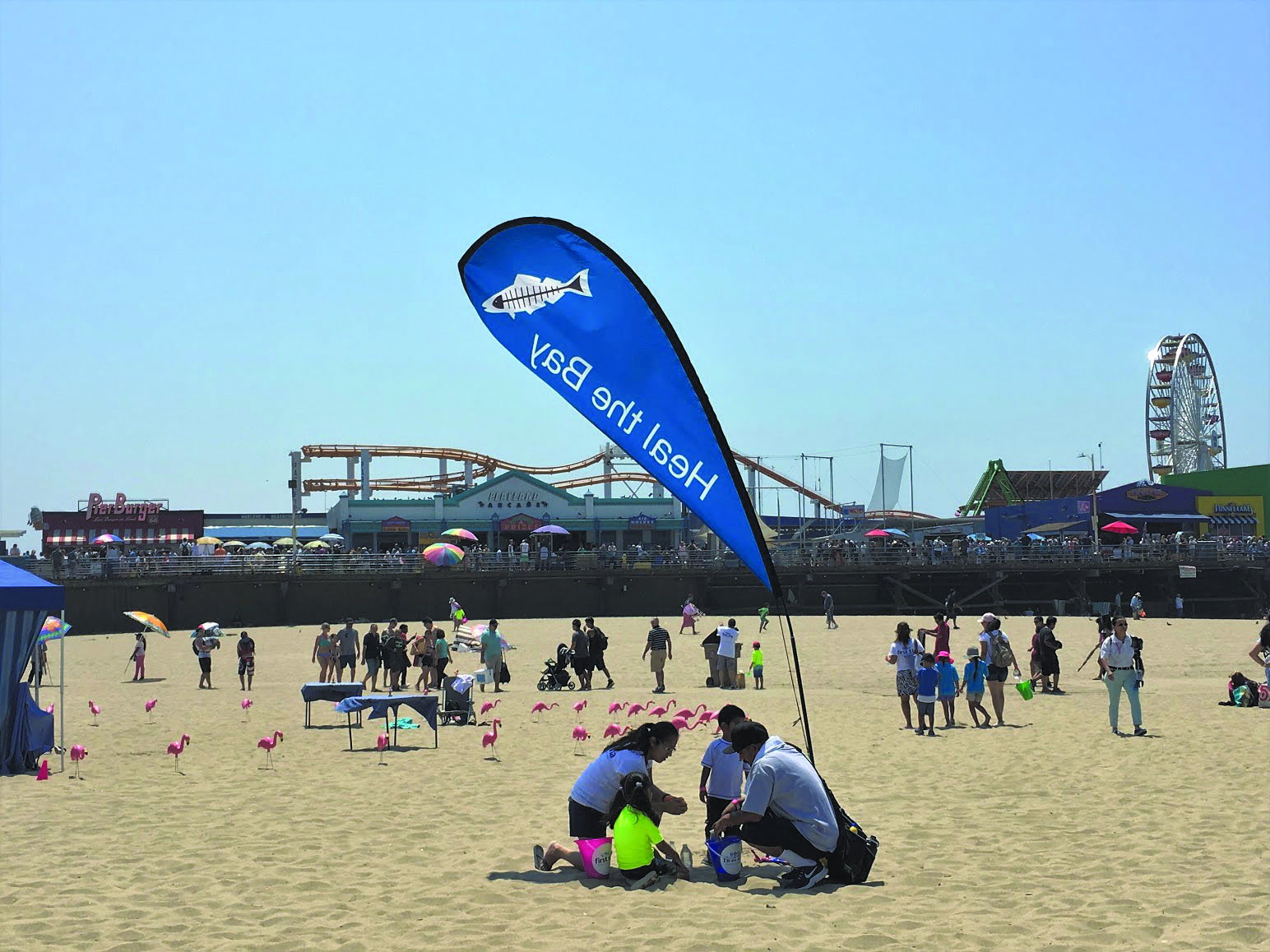 On Saturday, August 5, L.A. County early childhood advocate organization First 5 LA partnered with Heal the Bay to host a beach cleanup event aimed at educating kids about the importance of keeping beaches clean. First 5 LA is an organization founded to aid children from ages 0 to 5 in developing emotional and physical wellbeing.

“We’ve really focused on bringing families from throughout LA County to the beach to create a learning experience for kids,” said Marlene Fitzsimmons from First 5 LA, who explained that some families participating in the event were at the beach for the very first time.

Fitzsimmons stressed that for these families, the beach cleanup element of the event is important in that it brings the prevalence of trash on the beach into clear focus, and emphasizes the need for it to be cleaned up.

Participating children were then given free access to the aquarium, which Fitzsimmons explained gave them a sort of chance to get up close and personal with the sea creatures whose habitat they helped preserve. Then, at the aquarium, children could participate in a storytime session, and all participants were entered into a raffle.

“What we’re hoping to do is build a long term, strategic partnership,” said Heal the Bay’s Aquarium Director, Joleen Deatherage. “Planting those seeds at an early age is really critical.”

While First 5 LA has worked with Heal the Bay for a couple of years, Saturday’s event was the first time First Five LA sponsored an event with them. Deatherage hopes that uniting the causes of two separate nonprofit organizations can act as a model for other communitie.

“Bringing these two groups together is really strong and powerful,” said Deatherage.