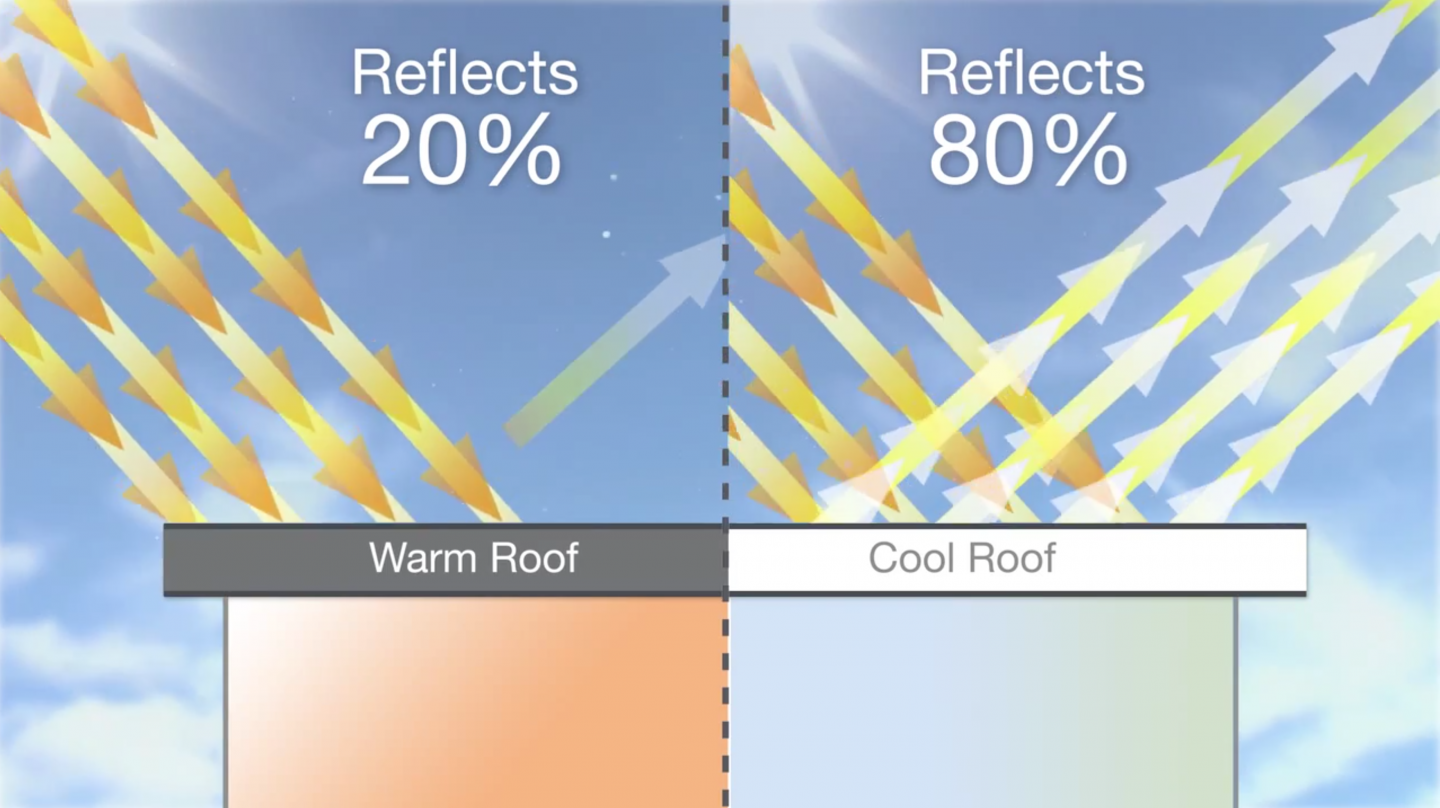 The Board of Supervisors voted Tuesday to take the first step toward an ordinance that would require energy-saving “cool roofs” on new construction in unincorporated areas of Los Angeles County.

” Cool roofs are an innovative way to lower temperatures and reduce energy consumption,” Kuehl said, calling the ordinance a “smart, forward- looking step that we must take to protect our environment for future generations.”

Cool roofs are made of highly reflective materials and absorb less heat than conventional roofs, dropping indoor and ambient temperatures.

The motion cited a 2015 UCLA report predicting that by 2050, parts of the county will experience up to three to four times the annual number of extreme heat days with temperatures at or above 95 degrees.

Standard or dark roofs can reach summer temperatures of 150 degrees or more, while a cool roof in the same conditions could stay more than 50 degrees cooler, according to the U.S. Department of Energy.

The newer technology can save buildings owners an average of 7-15 percent on cooling costs, according to the Cool Roof Rating Council.

Energy rebates may also be negotiated by the county.

The city of Los Angeles enacted a cool roofing ordinance in 2014 and Sonoma and Contra Costa counties also have such ordinances.

The process of drafting an ordinance will include engaging environmentalists, building and roofing industry members, labor organizations and others to solicit feedback.

A draft is expected in four months.