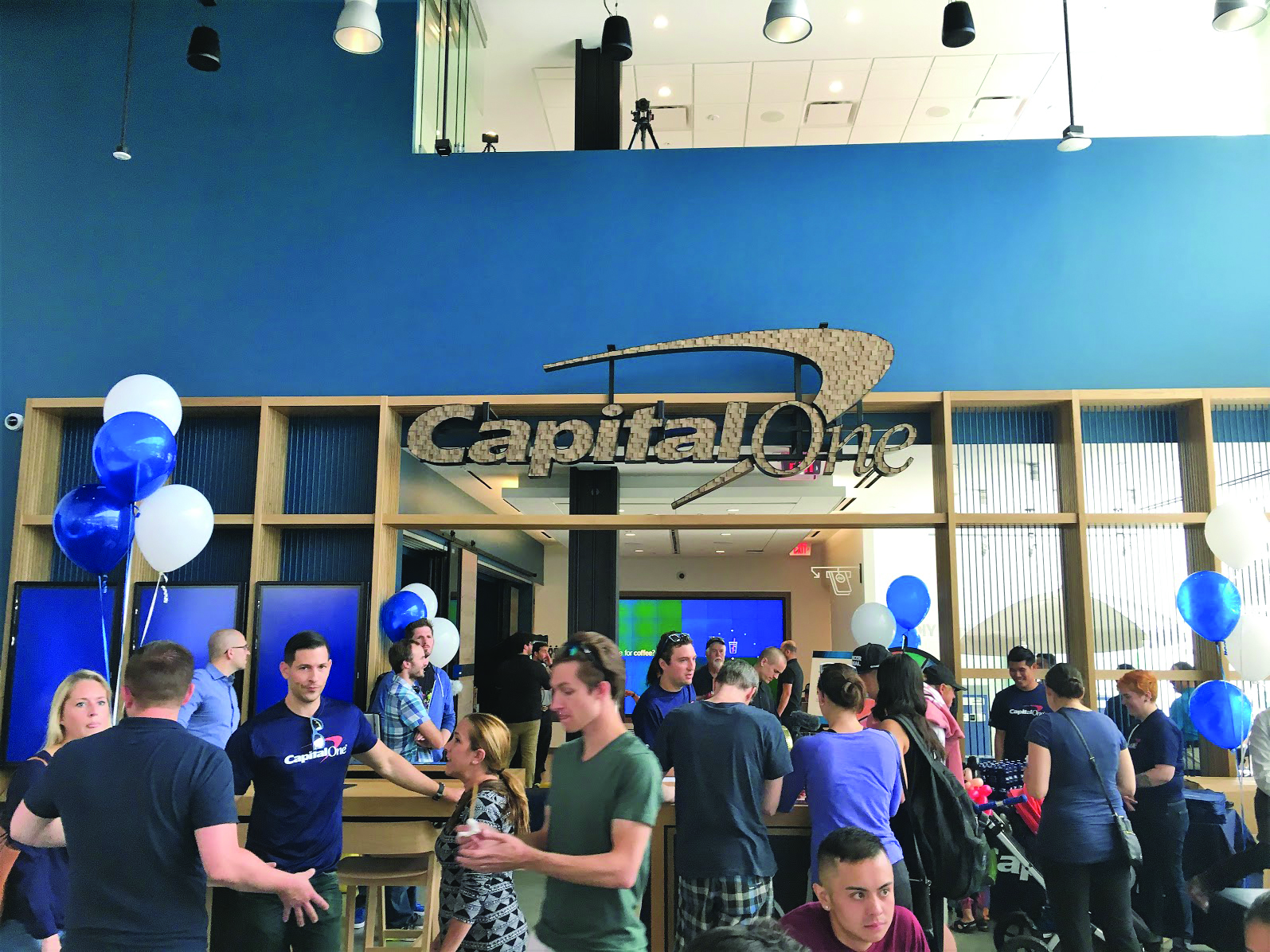 Saturday saw the official grand opening of the Capital One Cafe located in the heart of downtown Santa Monica, on Broadway and 4th. In celebration of the event, the cafe gave away free drinks, pastries and merchandise, and held raffles and face painting throughout the morning and afternoon.

“We talked to consumers and asked what they wanted from a bank,” said company spokesperson Jennifer Windbeck, explaining how the decision to integrate cafes into the company model came about.

According to Windbeck, most customers prefer to handle as much of their banking online as possible, while also wanting the ability to talk to someone when they have an important financial decision to make.

“We created the cafes as a space where people could do that in a casual and relaxed environment,” said Windbeck.

Company employees at the Cafe don’t sell accounts, but rather provide financial advice and guide anyone interested in services at Capital One through their online process. Additionally, ATMs on-site include special features, like withdrawals of cash in any denomination.

The Cafe also includes space for financial workshops and local nonprofits to use. In the past, they’ve worked with Dress for Success and locally, Chrysalis, which has an office in Santa Monica.

Saturday’s opening event was packed in the early afternoon, with dozens of passersby stopping in for a free drink and exploring the new downtown Santa Monica space. For more information on the Capital One Cafe, visit capitalone.com/local.