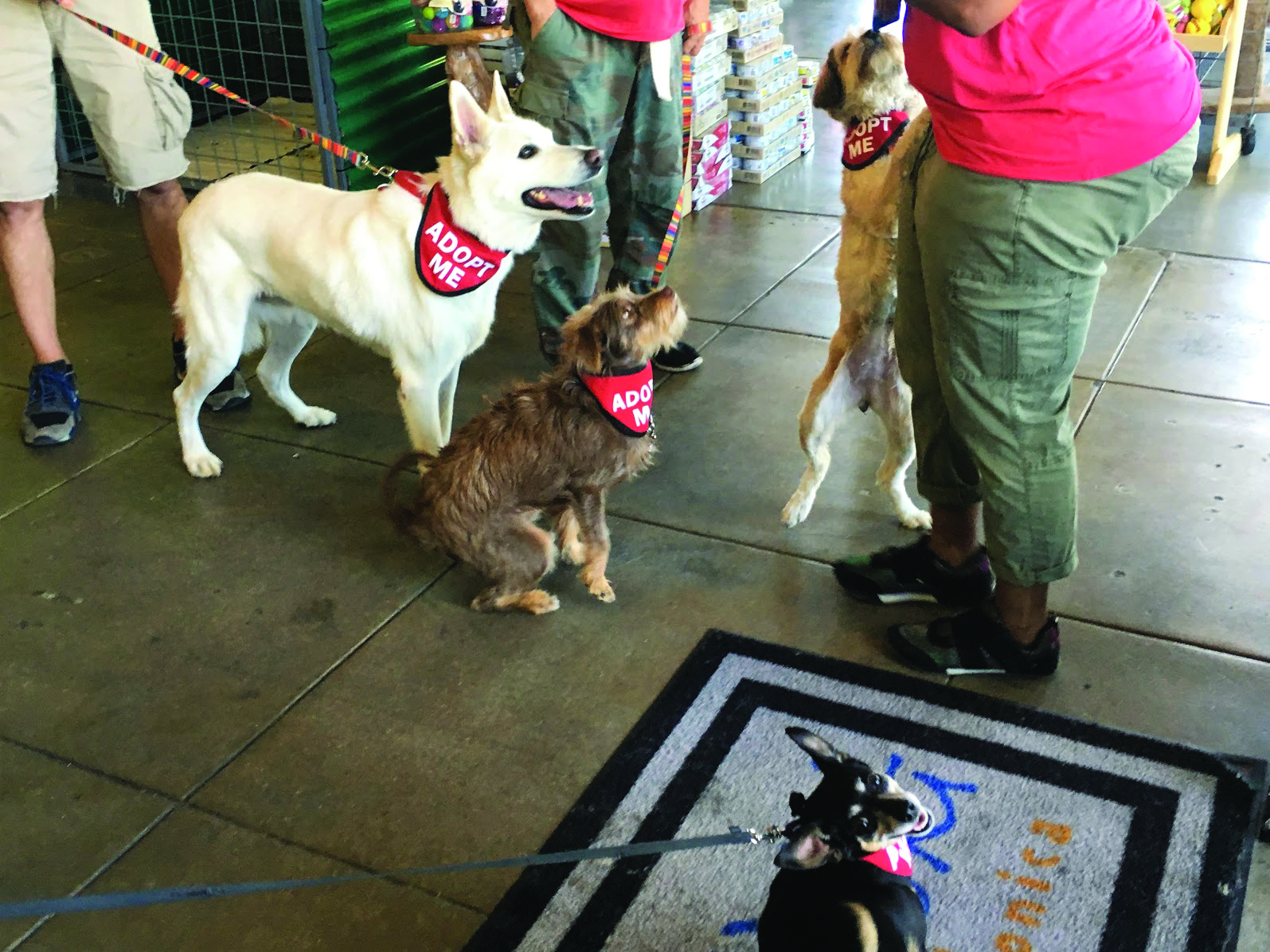 In May earlier this year, pet store Animal Kingdom expanded to the space formerly occupied by Vidiots on 300 Pico Blvd. Saturday Aug. 19 saw the store hold their first ever adoption event since opening, hosting dog rescue organization Rescue From the Hart, whose volunteers walked dogs around the store throughout the day that could be adopted by store customers.

“We’ve been doing adoption events for the last three years,” said Rescue From the Hart founder Annie Hart. “This is our first time in Santa Monica.”

Hart explained that the organization first came into contact with Animal Kingdom when one of their volunteers, who works for the City of Santa Monica, stopped into the building to buy dog treats. She ended up talking to the owners, who decided to move forward with the adoption event.

Anyone who comes into the store interested in adopting one of the dogs first fills out an application form, then the organization moves forward from there.

The dogs in the care of Rescue From the Hart are all foster dogs, housed at homes by volunteers throughout Los Angeles. These dogs come from shelters, street rescues and owner surrenders, meaning a dog owner decided that they no longer wanted their dog as a pet.

In total, Rescue From the Hart has about 27 dogs in its care, 15 of which were on-site at Animal Kingdom on Saturday. They ranged in breed from short hair to long hair, and size from 4 pounds to 90 pounds.

“Several people have come in who have seen the signs,” said Hart. “It’s a beach community, as well as a very dog-friendly community.”

For more information about Rescue From the Hart and upcoming dog adoption events in LA, visit rescuefromthehart.org.