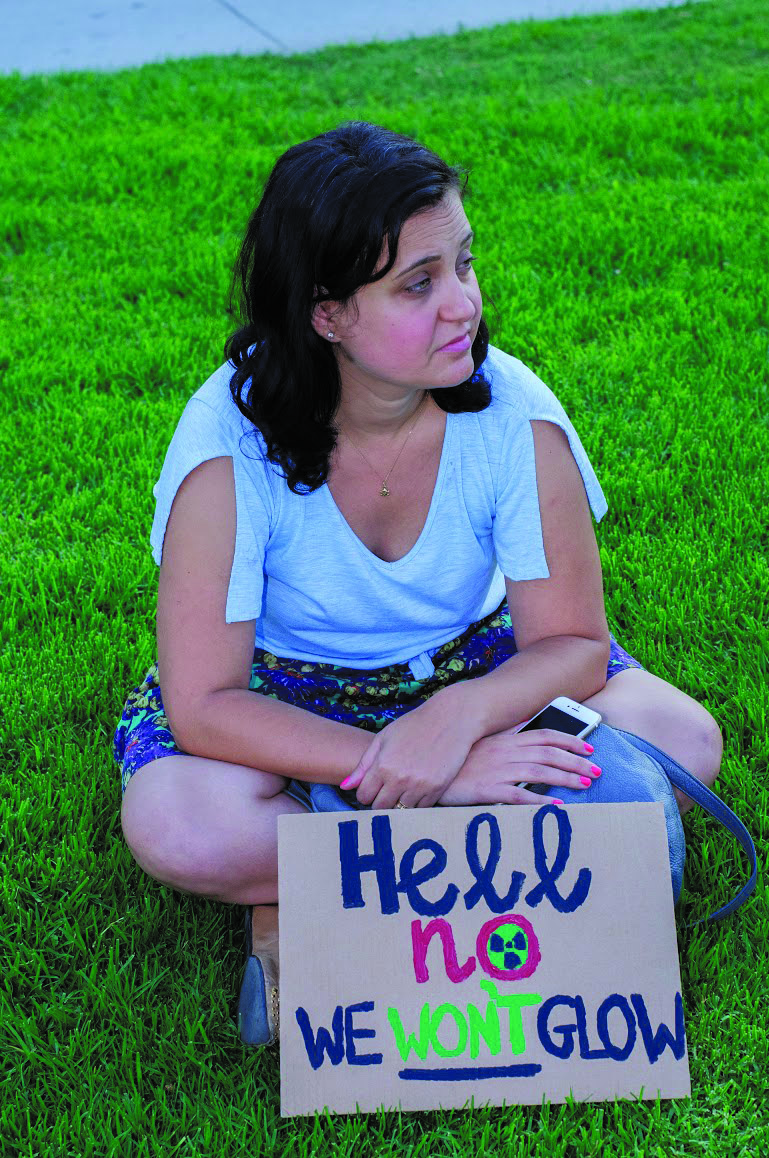 With the suspect of a recent shooting murder in Santa Monica now in custody, and as the world faces uncertain times in terms of terror and possible nuclear attacks, Santa Monicans and neighboring residents took time out for peace Wednesday evening, Aug. 9, to mark the 72nd anniversary of the atomic bombings of Hiroshima and Nagasaki.

Held at the Chain Reaction peace sculpture on Main Street, Santa Monica, the candlelight vigil also called on all nations to work together toward an abolition of nuclear weapons worldwide, as supported by the United Nations.

“The vigil at Chain Reaction was timely and very meaningful, Jerry Rubin told The Mirror. “We’ve restored the Chain Reaction peace sculpture and warning monument locally, but now we must all double our efforts to restore the anti-nuclear movement internationally.”