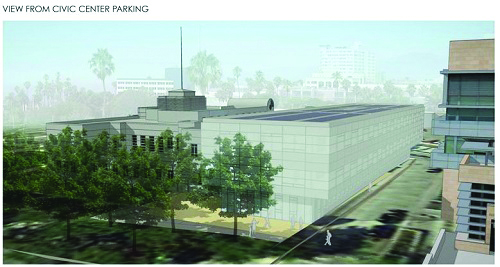 The Santa Monica City Council approved construction of a new “City Services Building” at its Aug. 8 Council meeting. As local media noted, “Council took very little time (25 minutes) to approve quite a bit of money ($76,760,000)” in green, lease revenue bonds. The actual cost of this 50,000 square foot addition to City Hall is much more. With the addition of interest, the cost will increase by a minimum of $60.4 million plus by 2047. It is a costly building, especially for a city with abnormally high employee salaries, extravagant municipal pension costs, the highest sales tax rate in our state and utility taxes that are over the top. Threats to our public safety began downtown but are spreading to our neighborhoods rapidly. The City Council is set to approve further expenditures to combat the double-digit increase in homelessness we are experiencing. Our city has many unsolved issues. Is this the right time to build an addition to City Hall and is the cost prudent?

We love sustainability, and this building has it all. Every possible sustainable item is part of the design. The new facility is scheduled to have composting toilets, net-zero consumption and an active solar energy system for electricity among other bells and whistles. In fact, the City’s report states that this building will be “one of the most sustainable buildings in North America and one of the first such facilities of its size built by a government agency.” And, it turns out that this building, soon to be under construction, is being designed to win an award. It will compete in the “Living Building Challenge.” The challenge has 20 sustainability imperatives in its requirements for a building to become a competitor for the highest award available. The contest comes from the nonprofit Living Future Institute, and it sounds fabulous until you look under the hood. Leading the list of members is Mohawk Institute, a major carpet manufacturer. In fact, virtually all of the sponsors of the challenge have something to gain by having buildings compete. The list includes national construction companies, paint makers, real estate developers, architects, engineers and the like.

We usually hear about LEED Silver, Gold and Platinum standards of sustainability for new construction. But this new building goes beyond any of the widely accepted national standards. It appears that this building will hit uncharted paths in trying to set an example for us all. The question is whether this Living Building Challenge is a competition worthy of our city’s participation. The average LEED Gold or Platinum building usually runs about $250 – $500 per square foot (psf) in construction costs and becomes a model for the community where it exists. The RAND Corporation building on Main Street would have cost about $400 psf in today’s dollars. The just-opened LEED Gold, African American Museum of America History and Culture, on the national mall is a model of sustainability, and yet its cost per square foot will be less than our add-on to City Hall. Our relatively small addition to City Hall will cost approximately $1,530 psf – an astounding amount! We will house up to 235 of our highly trained city staff members in this new building. It will join our existing landmarked town hall via interior renovations. The addition will include community work areas and greater mobile reliance by our staff.

Will this building serve our residents better? It will consolidate several departments that have worked in leased space throughout our city into one facility. The building should improve both accountability and communication for the City’s over-2,300 staff members. That’s great. It appears to be good for our employees and residents. However, the construction costs for this building, if it were merely a LEED Gold facility, would have been half of the approved cost.

If the architects and proponents of this new, seldom to be seen, tucked away addition to City Hall had not fallen head over heels into the Living Building Challenge, we could have built a reasonably priced AND sustainable addition to City Hall. An unproven building (most of the Living Building Challenge winners have had severe environmental issues) is not an intelligent, sustainable structure. It’s interesting that our City Manager, Rick Cole, made the statement months ago that “sustainability should extend to finances.” It appears that the cost of this building and the quest to win an environmental award have clouded the common sense that should pervade our city’s corridors of power.

Imagine how many civic projects with solid environmental credentials might have come to fruition with the millions of extra dollars that are being used to prop up this extravagant construction. SM.a.r.t’s Thane Roberts wrote about several sustainable options that would benefit our residents earlier this year. He discussed the emerging technology for small natural gas generators, fuel cells, crowd-sourced mini-grids, waste to energy programs and additional municipal solar power stations. In fact, an accelerated citywide expansion of internet services that all residents could subscribe to would benefit residents far more than a prize for our town’s trophy case.

For the City leaders and staff who state over and over again that this building is a noble goal I say, Horsesh*t. It is noble to protect our residents’ tax dollars and not to squander the city’s budget. It is noble to be frugal when many of our residents and businesses struggle each month. It’s obscene for public employees and elected representatives to believe that they are playing with monopoly money, rather than hard earned dollars. Let’s not rip off tourists, residents and business owners to construct something that might not work. Isn’t it better to be seen as fierce stewards of the public’s money rather than pursue a sustainable trophy with a dubious background?