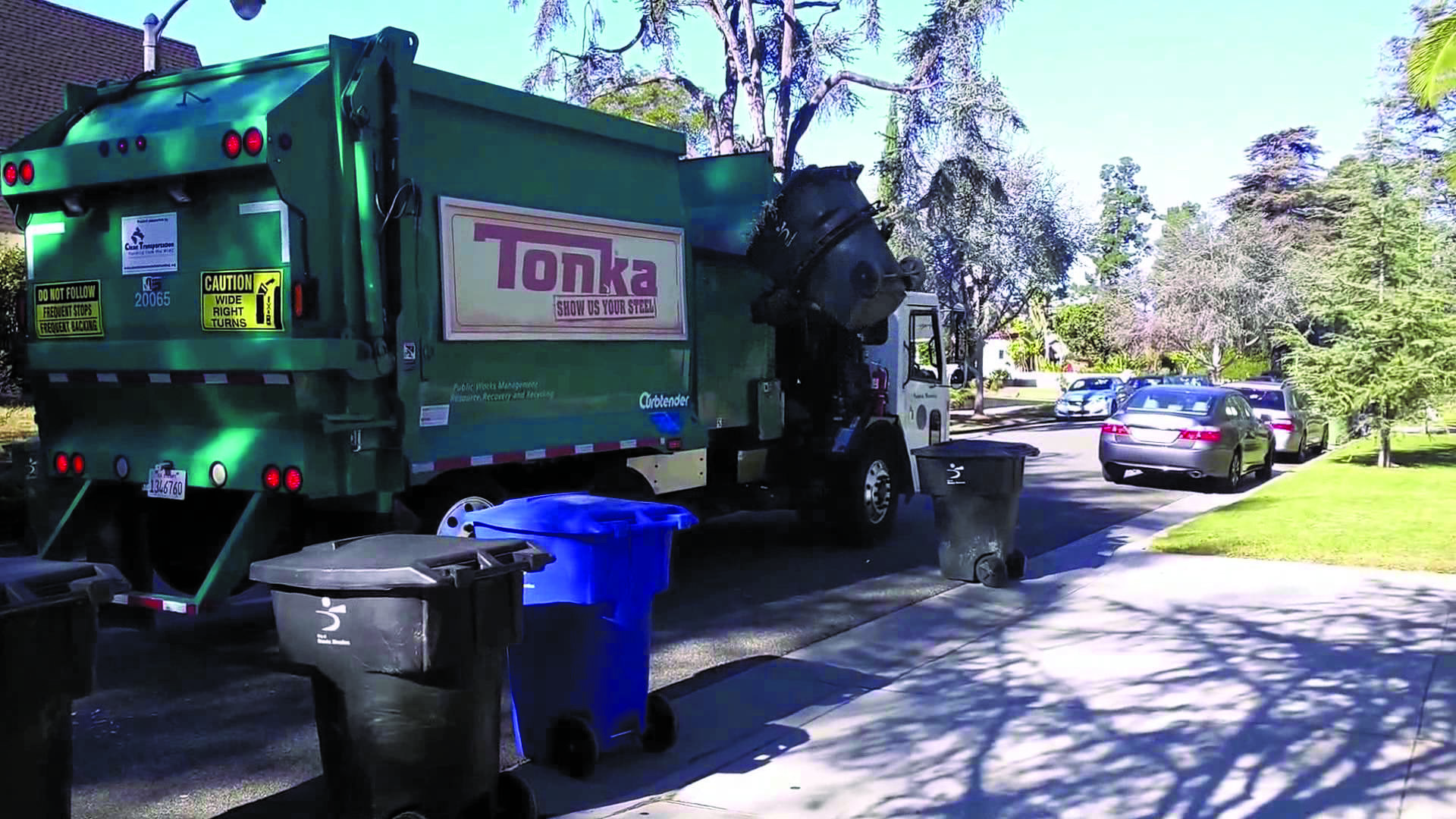 In last week’s article we reviewed Santa Monica’s water supply, and mentioned that the total residential sector has shown the greatest decrease in water usage. From 2005 to 2013 residential water usage dropped 6 percent as the population increased 7 percent from 86,643 to 92,472. During the same period, the commercial sector’s water usage increased by 12 percent. Clearly, we suggested, the business sector growth and usage is outpacing all others. A similar situation exists in the area of waste collection and recycling.

In the area of refuse collection, the commercial sector generates the most waste. In 2014 the sector breakdown for waste was: single-family residences, 18 percent; multi-family residences, 36 percent; and commercial, 46 percent. Another way to look at these figures is that homeowners produce 50-percent less waste than apartment dwellers and 40-percent less than most businesses. When it comes to keeping waste out of the landfills, the figures are equally revealing. The residential sector recycles 58 percent of its waste while the multi-residential recycles only 13 percent and the commercial sector 20 percent. Although these figures are still higher than the residential sector, they are still a 50-percent improvement from 2011 levels for both businesses and apartments.

The commercial sector’s improvement may have as much to do with the methods of trash collection as the increased recycling on the part of the business community. The City continues to improve its methods and expand the types of materials it can divert from landfills. The greatest improvement has been in the recycling of organic materials. Commercial waste recycling increased 60 percent in just 3 years between 2011 and 2014. The Resource Recovery and Recycling Department continues to innovate and find new ways to keep city waste out of the city’s landfills and make the system more efficient. For example, new public trash containers are now “smart” and able to notify the department when they are full and have built-in compactors that can increase their capacity and extend the time between pick-ups.

In 2006, the total amount of trash generated per person per day was 7.7 pounds. This figure came down 50 percent to 3.6 pounds in 2011. Unfortunately, it has since gone back up to 4.6 pounds in 2013 due to the increase in our daily population, a better economy and commercial growth. This has put us further from our goal of 1.1 by 2030. In the future, The Resource Recovery and Recycling Department envisions Santa Monica having its own reprocessing plant to convert organic material into energy or useful products, such as fertilizers. As the sorting technology improves, they envision a time when residents will no longer have three cans (green waste, recycling and trash) but only two: one for wet waste and one for dry materials. The methods of recycling also continue to become more sophisticated and may one day be what Jane Jacobs envisioned in her book “The Economy of Cities” – a resource to be treasured rather than buried.