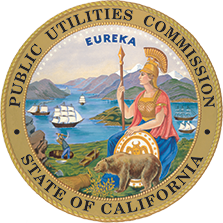 Depending on how things go in a scheduled Aug. 23 state Senate confirmation hearing on Gov. Jerry Brown’s latest choice for a seat on the powerful state Public Utilities Commission, many millions of consumers could face both health risks and higher-than-necessary electric, gas and water bills for the next six years.

That’s the length of the term to which Brown appointed his longtime close aide Clifford Rechtschaffen, labeled a “lapdog” of the oil industry by some consumer advocates. Once confirmed, he can’t be fired by either Brown or the next governor.

The Consumer Watchdog group tags him a utility lapdog, claiming Rechtschaffen in 2011 told two top state oil and gas regulators to grant hydraulic fracking permits for Occidental Petroleum Co. in Kern County on pain of firing. When they refused, citing state and federal laws requiring drinking water aquifer safety checks prior to permitting, he allegedly dismissed Derek Chernow, then acting director of the state Department of Conservation, and Elena Miller, the state’s top oil and gas supervisor. It is undisputed fact that after they were dumped by Brown’s administration, Rechtschaffen temporarily assumed Chernow’s job.

In appointing him to the five-member PUC, which often favors utility companies over their customers, Brown said his adviser “has the experience as a lawyer, teacher and specialist in environmental and energy matters…to do an outstanding job.”

Meanwhile, a usually reliable source told this column that Rechtschtaffen wrote one or more of 63 still-secret emails between Brown or his aides and the PUC from the time soon after the 2012 failure and shutdown of the San Onofre Nuclear Generating Station. That source also said one email threatened the job of a PUC official unless that official supported a settlement dunning consumers more than two-thirds of San Onofre’s closure costs – or $3.3 billion.

Brown press secretary Evan Westrup called this claim “pure fiction,” but neither confirmed nor denied that Rechtschtaffen wrote one or more of the hidden emails, instead citing a PUC spokeswoman’s statement that “the emails in question did not relate to the San Onofre settlement…” Westrup did not respond when shown a PUC statement saying the emails were withheld in part because they reflect “discussions between … (PUC President Michael) Picker and his advisors, the disclosure of which would reveal (his) thought process regarding the matter.”

The San Onofre settlement is notorious for its essence having been reached in a secret meeting between former PUC President Michael Peevey and executives of the Southern California Edison Co. Revelations of that meeting impelled the PUC in May 2016 to order a reopening of its settlement decision.

Rechtschtaffen ignored a request to answer questions on all this. His confirmation is before the Senate Rules Committee, chaired by Democratic Senate President Kevin de Leon. Similar hearings for PUC appointees have almost always been love fests between senators and appointees. More of the same seems likely this time, as de Leon craves support from Brown for his bill to make the entire state a sanctuary for undocumented immigrants.

Brown openly questions parts of that plan, and no one knows what he might do if de Leon’s committee were tough on his aide Rechtschtaffen.

Meanwhile, press secretary Westrup called questions about Rechtschaffen’s record “chasing bogus conspiracy theories.” He insisted the appointee will be independent. “You should know that sharp, independent thinking is among the attributes valued most by the administration,” he wrote in an email.

The most significant PUC move during Rechtschtaffen’s six months as an acting commissioner came when it signed off on the partial reopening of the Southern California Gas Co.’s Aliso Canyon natural gas storage field in northern Los Angeles. Area residents, many still suffering from malaises associated with a five-month methane leak there in 2015-16, complained Aliso Canyon should not have reopened until the still-unknown causes of the leak are found.

Commissioners did not vote on the reopening, but could have objected or asked the PUC’s executive director not to OK it. Neither Rechtschtaffen nor any other commissioner did that.

Now it’s incumbent on Rules Committee members to ask Rechtschtaffen why he did not speak up when public health might be at risk. His answers could provide clues about whether he’ll be independent of the companies he’s set to regulate.