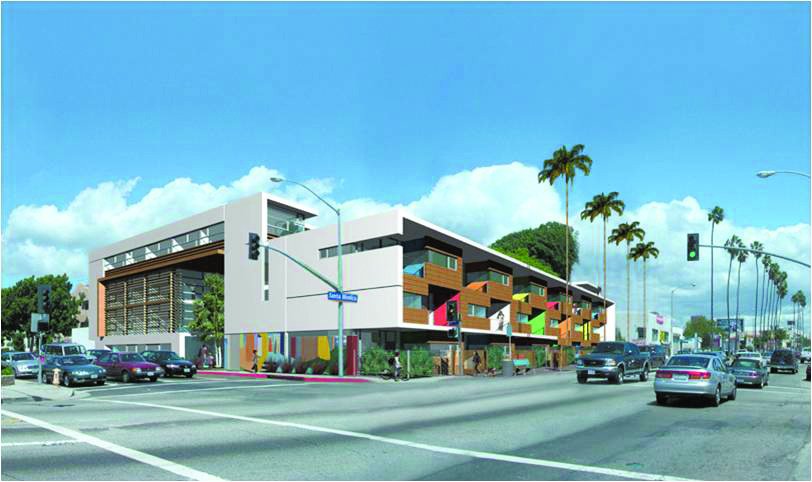 Everyone in California is at least peripherally aware of the state’s ever-worsening housing crisis: It’s hard to miss when prices have jumped by as much as 75 percent over the last five years in large parts of metropolitan areas like Los Angeles, San Francisco, San Diego and their suburbs, especially on the San Francisco Peninsula, where $3 million three-bedrooms are not unheard-of.

One response has been a state mandate for ever-increasing numbers of affordable units in most cities and many unincorporated areas. It’s common in many places for new apartment and condominium structures to contain as up to 35 percent affordable units, available to families who qualify under various income standards based on whatever the federal poverty standard is at the moment.

One problem is that having to build so many affordable units into their new projects forces developers to raise the price of market-rate housing. Another is that affordable units sometimes lack commonplace amenities like air conditioning. And when those units are built near light rail lines like the expanding Metro system in and around Los Angeles, required numbers of parking spaces are sometimes cut. The presumption – often false – is that residents of those buildings will not need to drive as much as others because public transit is readily available.

None of this has yet alleviated the housing crunch, which at this year’s annual mid-winter counts found record numbers of homeless persons in some locales.

Now the housing crisis has become a lawmaking priority, with Gov. Jerry Brown and Democratic legislative leaders proclaiming a “shared commitment” to making a problem-solving deal.

The devil, as always, will be in the details, and it’s anyone’s guess whether a compromise can be reached before the state Senate and Assembly go home in mid-September.

Among major proposals so far are a bill to levy a fee of between $75 and $225 on all real estate sales, which could raise about $225 million a year for affordable housing. Passing this would take a two-thirds vote of both legislative houses, which won’t happen as easily on this as it did on Brown’s pet issue of extending cap-and-trade tactics to fight climate changes.

Another is a $4 billion-dollar general obligation bond to provide even more money. That one would need popular-vote approval next year, but might face tough sledding because it would raise the state’s debt and its annual interest payments for decades to come.

Seeming more likely to pass is a third measure forcing cities and counties to streamline their building permit and other approval processes for new construction that includes affordable housing.

This one could have positive effects on thousands of homeless persons, while damaging the lifestyles of millions of other Californians affected by ugly architecture, increased traffic and more crowding in their neighborhoods.

In a statement, Ray Pearl, executive director of the California Housing Consortium, lauded all these potential laws, saying “California cannot afford to let the housing crisis go on, for the sake of families, seniors and hard-working individuals.”

He’s right about that. But even if money for solving this longstanding problem arrives via either new taxes or a bond, there will still have to be a solution to the ongoing problems created by the fact that new housing creates a need for new transport to accommodate its occupants.

So far, many cities are approving new housing without demanding more or wider roads, transit systems that cover entire metropolitan areas or additional parks and other amenities that might keep the new housing from damaging the lifestyles of residents already present. Many of them neither need nor qualify for affordable units, nor even want them around.

With two-thirds votes or popular majorities forming needed elements of most solutions offered so far, legislators will have to come up with better measures than they have yet devised. Otherwise they may find these barriers far harder to surmount than they believe now, while they’re bask in the glowing aftermath of the cap-and-trade vote.

20th and Arizona project given green light  By Dolores Quintana The redevelopment of the administration wing of the former Gates,...