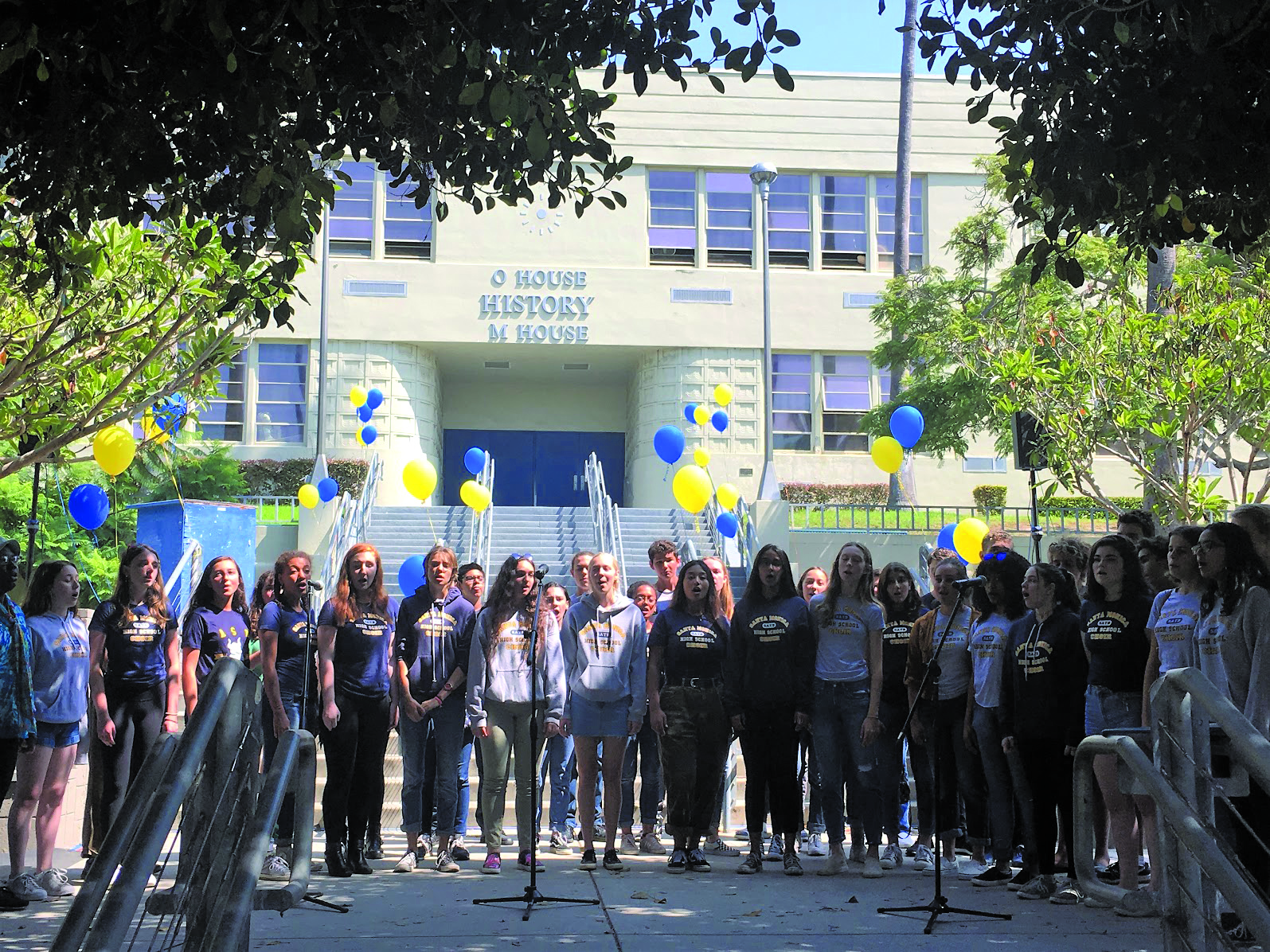 Every year, Santa Monica High School (Samohi) hosts an “All Class Alumni Day,” inviting school alumni from all classes to meet up with one another in celebration of the school. On Saturday, Sept. 16, the annual alumni event included a picnic, alumni awards, performances by Samohi musical groups and more.

“This event is to celebrate 126 years of Santa Monica High School,” said Samohi Alumni Association President Phil Brock. “SaMo has a rich legacy. If you look up at the sky and wave, one of the astronauts in the International Space Station is a SaMo grad.”

Alumni ranged from virtually all decades, with some having graduated in the ‘30s, and others as recently as the ‘90s or 2000s.

In addition to participation from a large amount of alumni, lots of current Santa Monica High students were at the festival, promoting the athletics department, selling baked goods to raise money for this year’s class, and more. This year’s choir, marching band and cheerleaders all performed.

“We’ve really involved both students and alums in this event,” Brock said.

The event kicked off with a WWII remembrance in the school’s Greek Theater, presented by the American Legion, with a number of alumni having been students during the war. Additionally, a series of exhibits in the Cafeteria called the Heritage Project showcased the school’s accomplishments throughout its history.

Finally, to cap off the event, prizes are given out annually: the “Spirit of SaMoHi Awards,” for which any alumni of the school can be nominated, aim to celebrate the “unsung heroes” of the school’s alumni community.

One of those honored at this year’s awards ceremony was Mark Black, who recently retired after 30 years as a teacher at the school, and continues to coach the wrestling team.