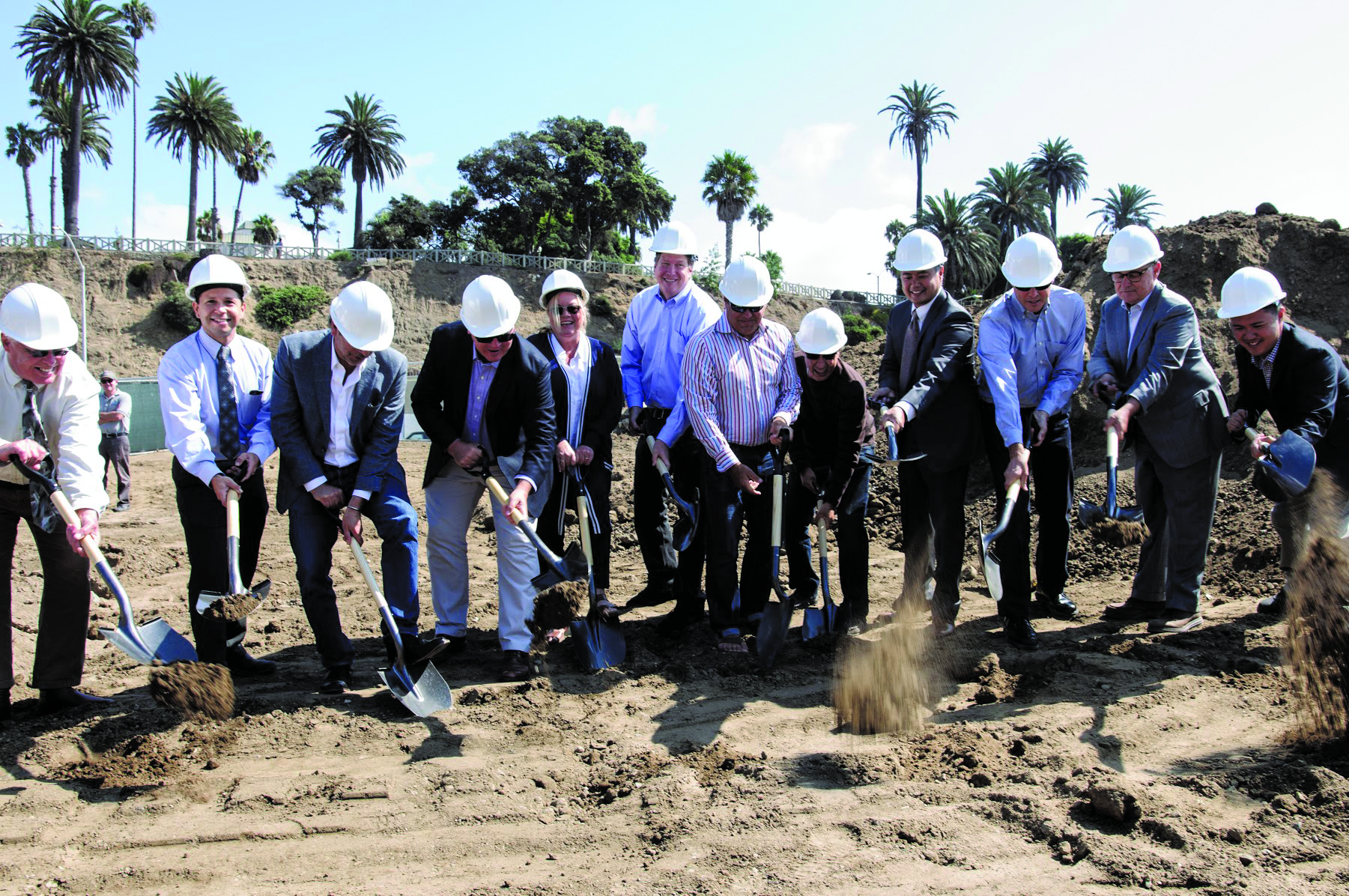 Santa Monica’s Clean Beaches Project broke ground Monday with officials donning hat and shovel to blast into a patch of dirt at Beach Lot 1 on the PCH.

The project is aimed at cleaning up Santa Monica’s obismal water quality record, particular near the Pier, by repurposing dirty water.

“The project entails constructing an underground tank capable of collecting up to 1.6 million gallons of stormwater runoff and brackish groundwater, which the City of Santa Monica will treat for non-potable reuse such as irrigation and toilet flushing,” the City stated. By repurposing such water, the City hopes to save up to 560 acre-feet of water per year, or the equivalent of 275 Olympic-size pools. Construction is expected to be completed by summer 2018. For more head to: tinyurl.com/smcleanbeaches.