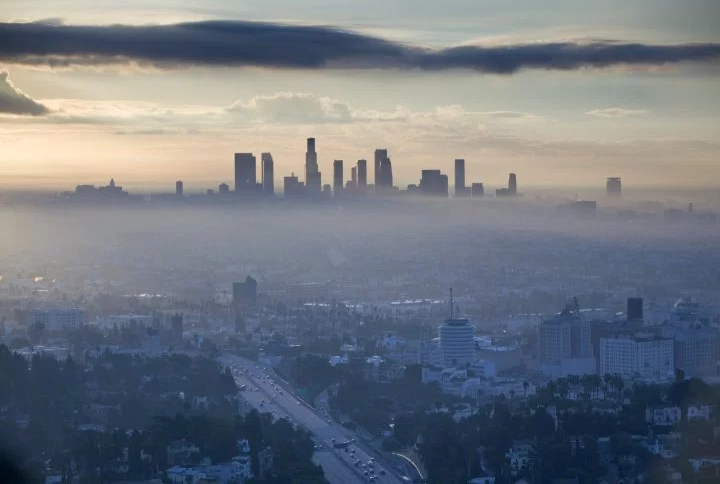 Californians interested in keeping this state’s toughest-in-the-world standards for automotive pollution heaved a sigh of relief when the federal Environmental Protection Agency in early August reversed an earlier decision to delay imposition of new national ozone standards for at least a year.

That move came after California and 15 other states sued to force EPA Administrator Scott Pruitt to back down, and he did before his action could take hold. Pruitt’s reaction also gave rise to optimism among defenders of several other California laws threatened by a variety of officials named by President Trump.

But now it seems such optimism may have been premature. For only weeks after his turnabout on new ozone limits mandated under ex-President Barack Obama, Pruitt began a new process that could greatly increase automotive smog.

He opened a 45-day public comment period on a proposed rewrite of standards for carbon emissions and other kinds of greenhouse gases emitted by cars and trucks, aiming to ease the pollution-controlling tasks of both carmakers and oil companies.

Pruitt, the former attorney general of Oklahoma, frequently sided in his prior job with oil companies and others in lawsuits aiming to eliminate some EPA rules. California Attorney General Xavier Becerra is now seeking documents in an effort to determine whether Pruitt had actual conflicts of interest in several actions he’s lately taken that achieve goals of the lawsuits he formerly pursued against his current agency.

“We are moving forward with an open and robust review of emissions standards,” Pruitt said as he began the public comment period during which anyone can react to proposed changes.

The effect of the changes Pruitt seeks in corporate average fuel economy standards (often called CAFÉ standards) would cause new emissions produced in the other 49 states to far overbalance cutbacks in greenhouse gases made under California rules.

It would mark a return to pre-2000s days when there were major differences between cars sold in California and what were known as “49-state cars.” Gradually, as other states adopted California’s rules, many of those differences had disappeared before Pruitt took over.

He has backed off early efforts to eliminate the California waiver provisions of the federal Clean Air Act, the law that has let this state maintain tougher pollution standards than the rest of America since then-President Richard Nixon signed it 47 years ago.

Not surprisingly, the auto industry likes Pruitt’s latest move, which could result in revoking or greatly revising today’s standards everywhere but in California. Said Mitch Bainwol, head of the Auto Alliance group of carmakers, “The administration is fulfilling its commitment to reinstate midterm evaluation of future fuel economy and greenhouse gas standards.”

Both environmental and consumer advocacy groups blasted the EPA action. “EPA is bringing back questions that have already been asked and answered,” said a statement from Consumers Union, parent of the Consumer Reports magazine. The group said polls show 90 percent of Americans want even better fuel efficiency than offered by today’s new cars.

A scaling back of today’s rules would place America far behind several other countries in seeking reduced dependency on oil and gasoline. Germany and France, for example, have laws that will ban all sales of gas-powered cars within the next two to three decades.

A anti-smog rollback could also threaten California-based electric car companies like Tesla and Faraday, as well as making white elephants of the statewide string of hydrogen refueling stations now being partially financed by gasoline taxes via the state Energy Commission.

It all creates a very uncertain future for California’s smog standards, which have dramatically improved the state’s air quality over the last half century.

If the EPA attempts to backtrack on the existing standards, it’s almost certain California and many other states would sue to block the move. But with a U.S. Supreme Court dominated by conservative Republicans, there’s a strong possibility the Trump administration would prevail.