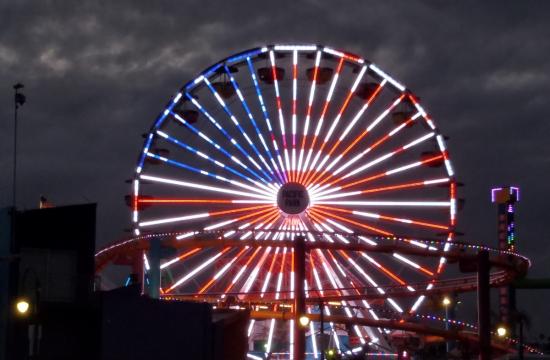 Police yesterday continued to investigated a bomb threat that prompted the evacuation of the Santa Monica Pier on the 16th anniversary of the 9/11 terrorist attacks.

Two threatening calls came in to two police departments Monday afternoon, referring to a bomb threat at the pier and the suggestion of a person possibly being held hostage.

Both calls came from the same cellphone number. The location of the phone determines which police department handles the call. The calls were then sent to Santa Monica dispatchers when the Santa Monica Pier was mentioned.

The calls prompted police to evacuate thousands of people from the popular tourist destination on a day when security was already heightened.

“Not only did he create a problem for us in the police department to evacuate an entire pier,” said Lt. Saul Rodriguez, of the Santa Monica Police Department. “He inconvenienced quite a bit of people.”

Police said a vehicle with something “coming out of it” and the reaction of police dogs to the car raised suspicion and led to the evacuation.

Around 7 p.m. the car was traced back to a couple and was deemed safe. The pier was reopened.

Police said that even if it hadn’t been the anniversary of the 9/11 terror attack, the same protocol would have happened on any other given day. Detectives are still trying to track down the caller, who could face a misdemeanor charge of filing a false police report.

“If we think there is a credible threat and it is related to an explosive device of any sort we are going to reach out to our federal partners to investigate any angle that is available to us,” Lt. Rodriguez said.  Police also say there is always a concern that a threat could be possible terrorist test to evaluate a department’s reaction.