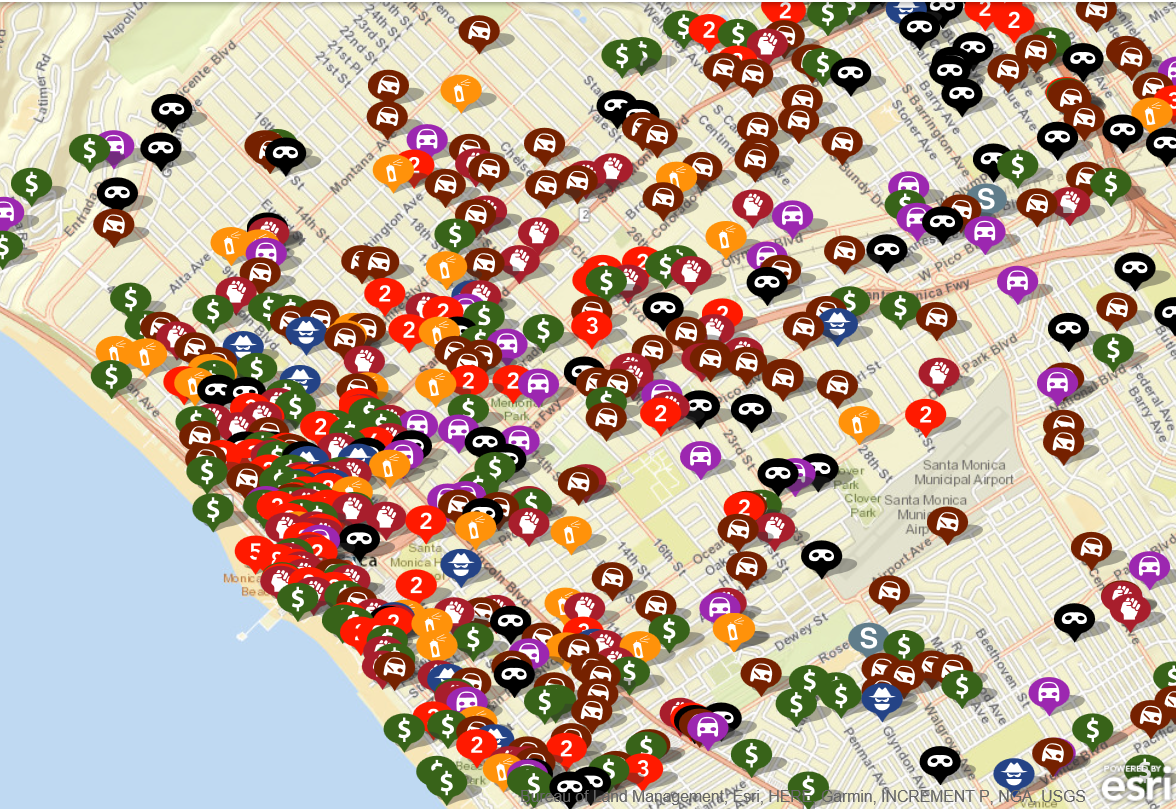 Last week, my 75-year-old mother-in-law was assaulted and robbed on Lincoln Boulevard near Hill Street. She was walking on the sidewalk in broad daylight when a car stopped and someone got out, shoved her, and ripped her cross from her neck. She fought back and was dragged by the car as she tried to get her cross back. She’s one tough cookie. Ended up with bad bruises and scrapes. No broken bones. She’s a 26-year resident of Santa Monica. She doesn’t drive, but walks at least 4 to 5 miles per day, as she has for the last 26 years. This is the first time something like this has happened to her.

The crime in Santa Monica is getting unmanageable. We hear about something every day from someone we know, and now it’s hit home for me.

Our City officials welcomed the Metro and the densification of Santa Monica with open arms. They made plans upon plans. Over a decade in the making, with a thousand public hearings to change Santa Monica. They made fortunes for developers while securing their own political power. The new Zoning Plan, Bike Plans, Mobility Plans, Downtown Plan, Bergamot Plan, Walking Plans, Millennial Plans, bogus plans. You name it, and City Hall has a plan for it. But there’s one plan that’s missing, and that’s the Safety Plan.

We pay our City Manager, our Police Chief, our Police Captains, our City Attorneys, and our City Planners an absurd amount of money each year. Our City officials say they want the best and to get the best we must pay for it. Well, it’s a shell game. Nobody at City Hall planned for our safety. Nobody cared, even the best. They all just got rich while scratching each other’s backs.

There’s no safety plan. And we the residents are paying the high price. In the 2016 elections, the Police Officers Association and most of our elected officials opposed Measure LV, a slow growth measure by Residocracy. They manufactured a “Public Safety” concern. They argued that the city would be unsafe after an earthquake and that crime would run rampant as buildings would sit empty. What a bunch of baloney.

How did City Hall, in all its glory and high paid staff, fail to plan for our safety? Why is crime so rampant that criminals feel emboldened enough to assault and rob a 75-year-old woman in broad daylight, on a busy street, without a second thought of being caught? Why did our elected officials not plan to significantly increase the size of our police force with the arrival of the Metro and with all the fancy plans to densify Santa Monica? Why do we not have a Safety Plan and how did politics and political back scratching get in the way of our Public Safety?

We must demand answers and we deserve a safe Santa Monica. We must hold our elected officials accountable. Why are we here and how do we fix it? The crime rate in Santa Monica is climbing and it’s getting out of control. We deserve better.