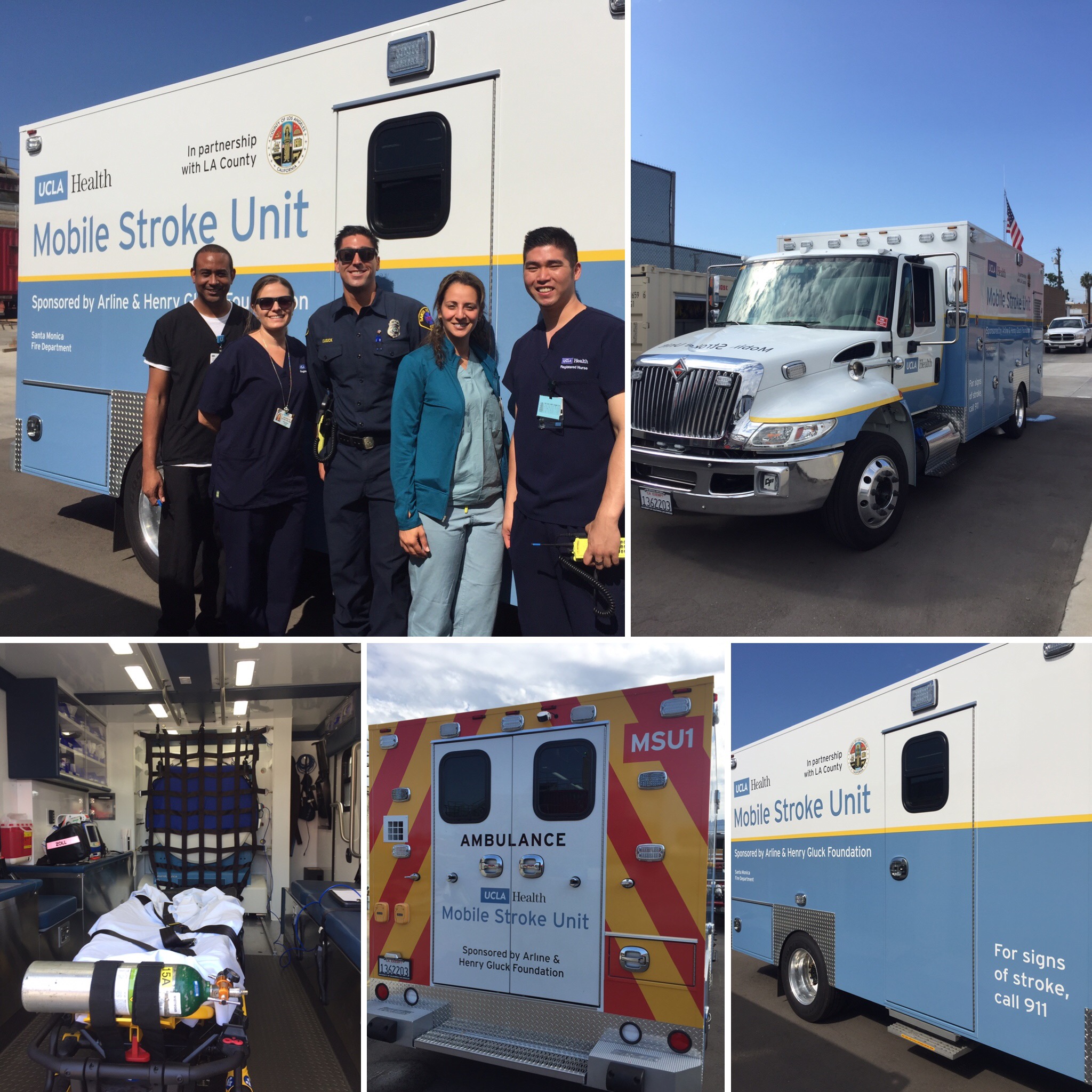 As part of a Los Angeles County mobile stroke study, the Santa Monica Fire Department (SMFD) has teamed up with UCLA to respond to 911 calls for service involving a possible stroke. The
project uses a modified ambulance equipped with a mobile CT scanner to diagnose and start treating stroke patients while they are still en-route to the hospital.

The funding comes from the County of Los Angeles Measure B, a parcel tax funding source dedicated to supporting
emergency and trauma services. The Mobile Stroke Unit (MSU) is staffed by a medical team from UCLA consisting of a
physician, two nurses, a CT scan technician, and a SMFD Firefighter Paramedic. There will be no delay or change in emergency response protocols as a result of the pilot. All calls for service will follow the Fire Department’s normal call protocol. Calls that involve a potential stroke will be augmented with a response by the MSU.

Experts say it is vitally important to begin medication within the crucial first hour after an individual has a stroke. By restoring blood flow to the brain before a patient arrives at the
hospital, mobile stroke units can save lives and prevent long-term brain damage and disability. The Mobile Stroke Unit will be in service in Santa Monica for approximately 2 years.

To recognize signs of a stroke the public is encouraged to learn, FAST, Facial droop, Arm weakness, Speech difficulty, Time to call 911.