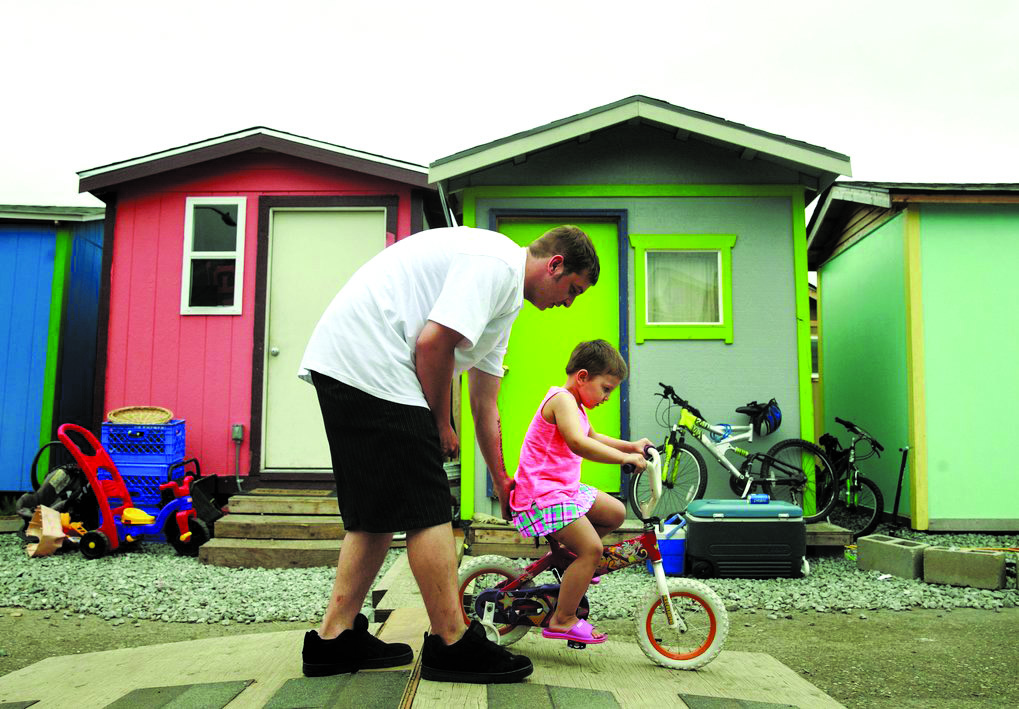 “Oh, a storm is threat’ning

If I don’t get some shelter

Some 1,000 homeless people live on Santa Monica’s streets, without a guarantee of a warm bed or roof over their head. It is a social problem that is region, state, and nation wide, affecting communities large and small, urban, and beachfront.

The City clearly recognizes the severity of the issue and in many ways, and at many levels, continues to make monumental efforts to find solutions to help alleviate the numbers of individuals that are living on the streets, in their cars or in shelters, but unfortunately without major successes. As such the homeless population in Santa Monica rose some 26 percent this past year alone.

The causes of homelessness are beyond my expertise, and an ultimate solution to the problem is certainly beyond my capabilities or the intent of this column. There are trained professional sociologists, social workers, psychiatrists, and medical professionals that work full time trying to figure out how to get those individuals back into the workforce and society, or if necessary under the full time care some may require. But there are interim solutions that can help provide shelter, and that is where architects and planners can make a contribution.

Temporary shelter villages are not a new idea and there are many examples that can be drawn upon that can no doubt function as a model for Santa Monica. We recently sent a letter to the City Council, City Manager, and Planning Director with a suggestion of where such a ‘village’ might be created. The Santa Monica Mirror pointed out in a news article about a six acre site, recently abandoned under an agreement with the FAA, at Santa Monica Airport. The six acres of asphalt area sits unused, fenced, and with no apparent plan to be utilized until 2022 at the earliest. We think the site can and should be used to create a temporary Micro Housing “village”, not unlike one that is in use in Seattle.

Who: The City of Seattle, in collaboration with local non-profit Low Income Housing Institute (LIHI)

What: The third city-authorized homeless encampment hosts twenty-eight 96-square-foot tiny houses and 12 tents on platforms, which are intended as a short-term housing solution for up to 100 people. The village shares a kitchen, shower trailer, donation hut, and security booth.

Cost: The city pays about $160,000 per year to supply water, garbage services, and counseling on-site. Donations from individuals, foundations, and other organizations have recently allowed all Othello Village tiny houses to install heat and electricity. Donations to LIHI also fund the materials for the tiny houses, which cost about $2,200 per house; construction is mostly courtesy of volunteers. Current status: In December 2016, Seattle mayor Ed Murray announced three new homeless encampment sites, two will house up 60 to 70 people in up to 50 tiny houses, while the third will have the same capacity in tents.

Some may remember the Dome Village that sat just off the 110 freeway in DTLA. It operated for a number of years and reports say it helped many reclaim a positive lifestyle by providing necessary shelter, and, giving a base anchor which then allowed those individuals to seek work with a sense of dignity. We will follow with a future article about other possible solutions, such as partial use of existing parking structures downtown, already equipped with restrooms, for example, and explore all possibilities.

Funding such programs has always been the devil in the detail, and seems to have been the devil that keeps so many of the programs from succeeding. Finding the funds from the convoluted “approved sources,” seems to make the process even more difficult, and frustrating, as we see what appears to be wasteful funding on other projects, monies that would appear to go a long way toward assisting a project like the Micro House Village. One example that comes to mind is the recently approved expansion to City Hall, where the Council has approved $75 million (more like $150 million when paid off) in an attempt to achieve an award given in an international competition for energy efficient buildings. The cost of that $75 million ($150 mil?) building translates to a construction cost of $1700 per square foot. What? Yep! Where a highly energy efficient addition could be build to what is referred to as LEED Platinum for half that cost or less. Assuming those funds exist and could be used it would seem to free up about $35-$40 million for a homeless project like a Micro Village.

We understand it isn’t that simple, but it does illustrate how decisions are made based on desire and preferences, and we know things can be made to happen. Look at the extent of development occurring in our town that residents don’t want to see, but is driven by developer and business interests. Another example is the Child Care Center approved on Civic Center land. Now renamed as SMC’s Early Childhood Learning Center, the 23,000 sq ft. of building will be placed on almost two acres of City land for a rental fee of $1 per year for the next 55-plus years, with the City giving $5-plus million to kick start the project which will likely serve 110 Rand and City employees children, with only plus or minus 30 promised to Santa Monica residents. How much market rate revenue would be produced over those 55 years compared to the giveaway, and how far could that go to funding possible solutions to the homeless issue? The $5 million alone would go a long way to help the Micro Village.

It’s about priorities and thinking positive, and as homelessness is a real problem shouldn’t the funding to mitigate it be prioritized over a vanity City Hall expansion project, and over a child daycare facility ran by a private non-profit? We think so, and there are homeless on the street saying “Gimme Shelter,” please.