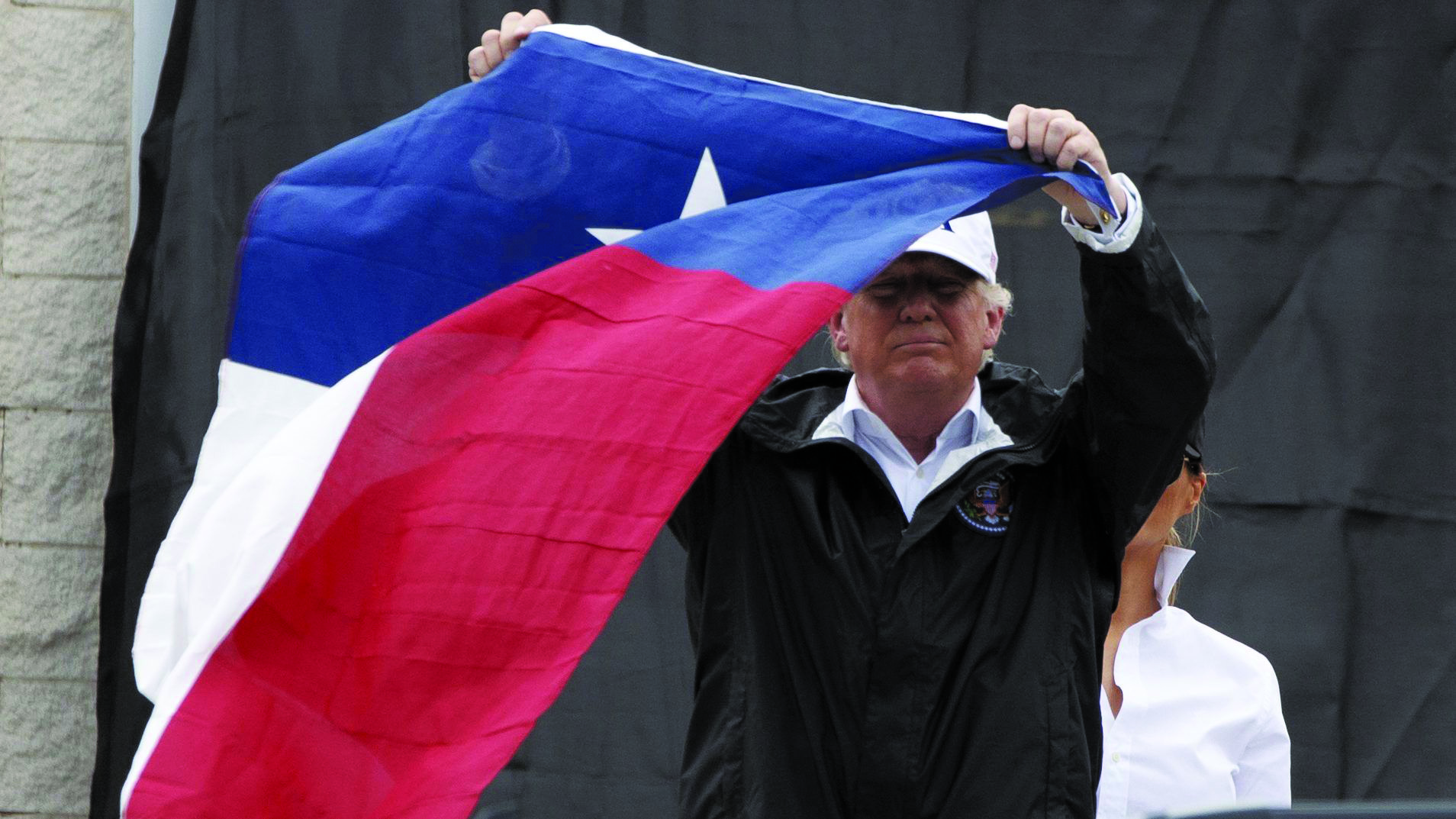 Behold the power of nature as manifested in Hurricane Harvey. At one point, coverage of the storm switched from reporting the rainfall levels in inches to talking about it in feet. In the run-up to the storm making landfall every newscaster became Bob Dylan advising that a hard rain was gonna fall, and it did.

Pictures and video revealed dramatic situations such as the level of water on streets almost touching traffic lights. People were seen climbing out windows and into rescue boats, many of those provided by good citizens who volunteered to help evacuate those in need. Perhaps one of the most affecting images was that of nursing home residents sitting in wheelchairs, the water in their building almost to their waists; disabled seniors waiting to be rescued and taken to higher and drier locations. And at the time of this writing, even more rain was expected.

It’s too early to assess the job done by FEMA and other agencies in response to the disaster. But there’s no question that those who stayed in their homes later needed all the help they could get. Did they get it from our current President? It was revealed that, just weeks before Harvey hit Texas, the current President signed an executive order rolling back the standard for infrastructure in flood prone areas. As observed by the website Politicus USA, even at the time of the President’s action “experts and non-Republicans condemned the executive order as short-sighted, petty, stupid, and potentially deadly.”

Or as we’ve come to know it, business as usual for the current administration. Having close at hand the memory of George W. Bush’s fiasco in handling the crisis in Louisiana after Katrina appears to have had no effect on the President’s action. As recently as last Sunday, the current President tweeted “Now experts are calling Harvey a once in 500 year flood!” But then, it’s not much of a jump from denying climate change to denying that there will ever be another hurricane like Katrina, or that that kind of hurricane will only create havoc once every 500 years.

Houston, and Texas in general, were wrestling with issues of denial all their own. As with any disaster, there’s always plenty of hindsight to go around. Lax building standards and poor flood planning, according to some sources, made Houston a “textbook example” of what can happen in an event like Harvey and residents had been complaining for 15 years about regular flooding problems in the city. Before Harvey, Texas A&M disaster mitigation researcher Sam Brody told the Texas Tribune “More people die here than anywhere else from floods. More property per capita is lost here. And the problem’s getting worse.”

Sidebar: Last weekend I traveled by commercial airliner back to my home state of Wisconsin to be with family. I think that anyone who flies with any regularity has to be struck by a simple truth: Airlines, despite their recent public relations dust-ups and antipathy toward leg room and customer comfort, carry an enormous number of passengers an amazing number of miles with impressive safety and on-time records. Of course your view may differ from experience, but when you spend two days in airports you can’t help but be impressed at how it all works most of the time. What I’m getting at is how some systems seem to maintain a steady eye on human safety, and how other systems – such as those having certain knowledge that flooding and storms will be a recurring event – seem at the least blasé about citizen safety and at the most dangerously inept at planning for the future.

The difference is something akin to our denial about gun events. We get agitated in the days immediately following yet another mass shooting. Then our gaze turns away, as it seems the case with infrastructure planning for floods and weather disasters. Here in Santa Monica, one hopes the lights stay on in regard to earthquake preparedness and recent commitments to retrofitting buildings in our city known to be in jeopardy in a serious quake.

This column has often observed that in 1961 President John F. Kennedy announced an ambitious goal of sending an American to the moon before the end of the decade… and we made it. It was an actual “Mission Accomplished” mic drop that few administrations after JFK would be able to lay claim to. There was a political motivation to beat Russia to the ashen sands of the moon to throw shade on Russia’s having launched Sputnik and launched the first man into space. But the country reaped the benefits of vision and gumption.

We are now bumptiously living through one noisy man’s promise to make America great again. If we’re not going to have enough foresight to deal with climate change, can we at least have enough to recognize that a mere 12 years after Katrina there has been another devastating hurricane landfall? New Orleans is still struggling with their pumping systems, which were overwhelmed as recently as early August. If we’re going to be in denial about recurring weather disasters, then let’s at least recognize that the collision of water with the powers that be might suggest a change in that power. We are simultaneously enduring another flood, albeit one of hubris and arrogance. We know about it, and we know that also has to change.