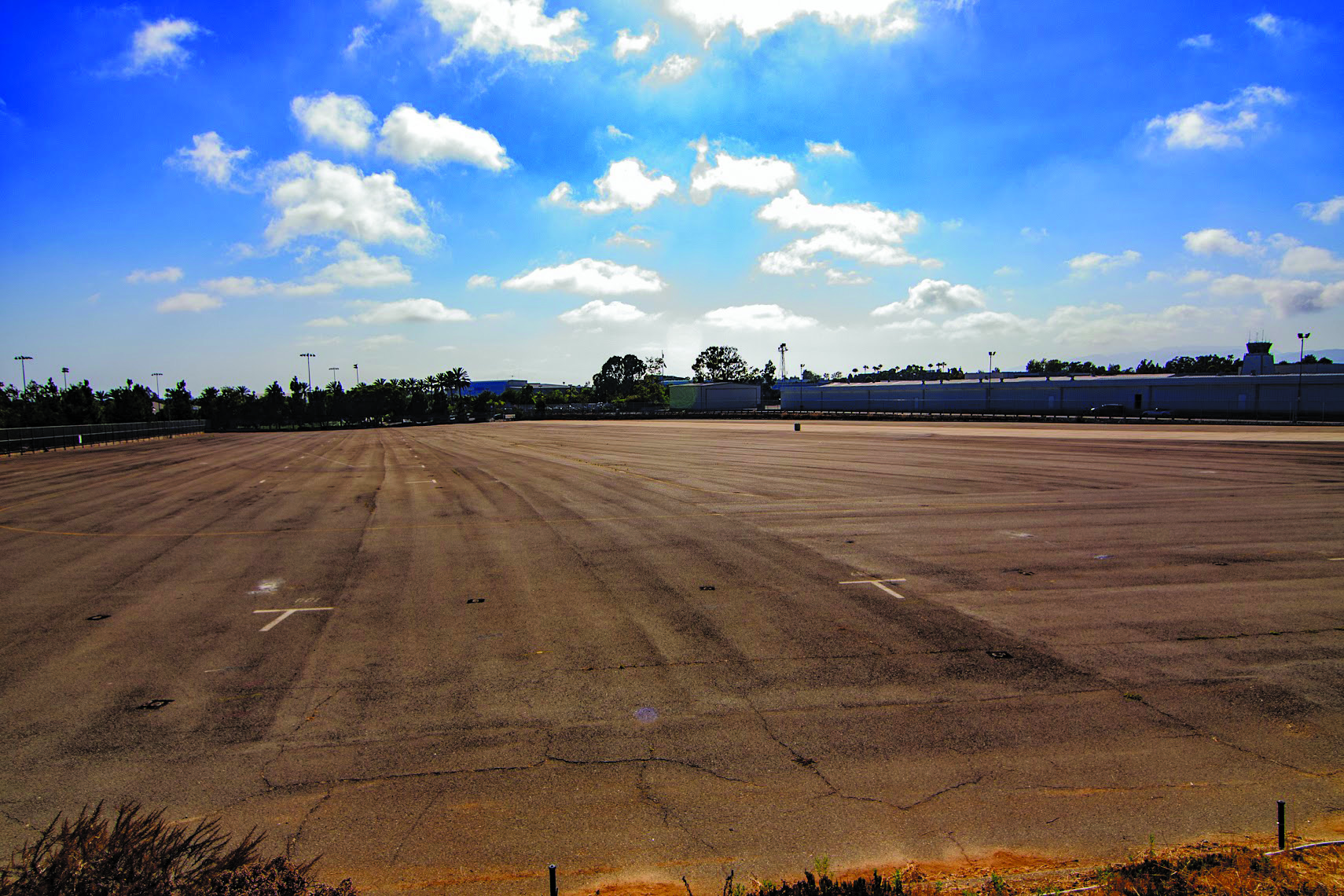 In an effort to up Santa Monica City’s open spaces and parks, a massive expanse of concrete on the corner of Bundy Drive and Airport Avenue is now available for all to enjoy, and it’s costing Santa Monicans $182,424 a year.

According to the City, the six-acre Airport Interim Open Space has been created for “unprogrammed recreational use, including roller-blading, bicycle training for families and romantic sunset enjoyment,” with users encouraged to “imagine” what it may be like in the future.

While sitting in the middle of an expansive concrete quadrangle may be romantic for some, a recent survey taken by The Mirror over the course of eight weeks saw very little use of the area; at times a few lone fathers and their learning-to-bike-ride children were spotted where airplane tie-downs used to be.

“The tie downs were removed because they are no longer being used,” City representatives told The Mirror. According to the City, those that were being used have been relocated to other parts of the airport.

In lieu of the small $2,200 monthly revenue that the tie-downs were making in the space, the City now pays the Airport $15,202 a month to lease the concrete area. The monies are transferred from the General Fund to the Airport Fund totaling $182,424 a year.

“There are no immediate plans for programming at the temporary space, but it’s there for the community’s creative enjoyment,” Constance Farrell, Public Information Coordinator with the City of Santa Monica, told The Mirror.

No budget has been drafted or allocated to the actual building of the space into anything either, and if timelines reflect similar City projects, then it could be at least 2022 until building starts, drawing an estimated $1,094,544 in lease payments from City coffers over six years.

“Funding for the design phase of the expansion project is secured through the general fund, capital improvement program budget. The total for design is approximately $1.1 million. Financing for the construction phase has not been secured, but it is being explored,” Farrell explained.

No temporary programming, events, or community activities have been planned for the space, but you are welcome to go there and imagine what may, or may not, be next.

“We want people to get out there and explore the possibilities while also envisioning what it will be like when walking paths, sports fields and other amenities fill the space,” Farrell said.