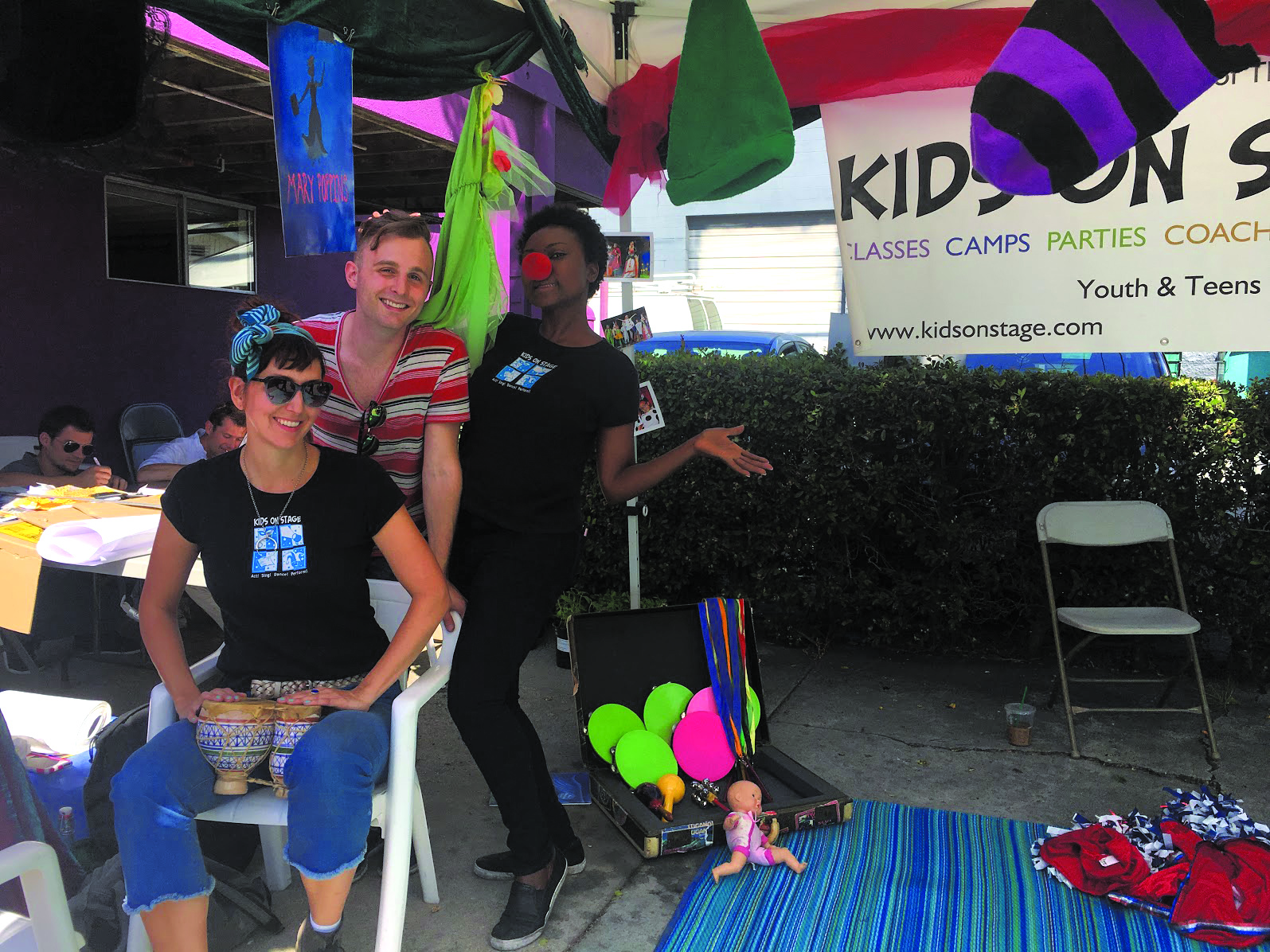 Earlier this year, the 18th Street Arts Center in Santa Monica hosted its first ever Pico Block Party, celebrating the Pico neighborhood and coinciding with the start of the Arts Center’s Culture Mapping 90404 Project, an oral history of the area. This year’s second Pico Block Party was held Sat., Oct. 14 and coincided with the Spanish translation of the Culture Mapping 90404 Project.

“Really, it’s a neighborhood celebration,” said Program and Research Coordinator Betty Marin. “A mix of international and local artists have their studios open to the public today, and some of those artists are doing workshops for the public.”

Alexandra Walaszek was one of the international artists whose studio was open for the public to see, as she was in the midst of an interactive art project, during which she invited guests to stay within her studio/living space at the Arts Center. She would ultimately ask each guest to leave behind a souvenir, some of which were on display, with the culminating gallery also including sketches of each guest’s palm lines alongside their souvenir item.

“I’ve already had about 15 people staying with me,” Walaszek said.

Additionally, one of her guests, Edgar Guzman, will use Walaszek’s sketches to compose music, giving each item an accompanying piece. Walaszek also stressed interaction, with each souvenir inviting visitors to touch or even smell.

“Everything is touchable here,” Walaszek said.

Walaszek was one of the many artists participating in the daylong event, which also included live music by the band Cuñao, flag making, feminist card readings, t-shirt printing, experimental quesadilla making, as well as community groups like the Los Angeles Archivists Collective, presenting a project called Preserving Pico.