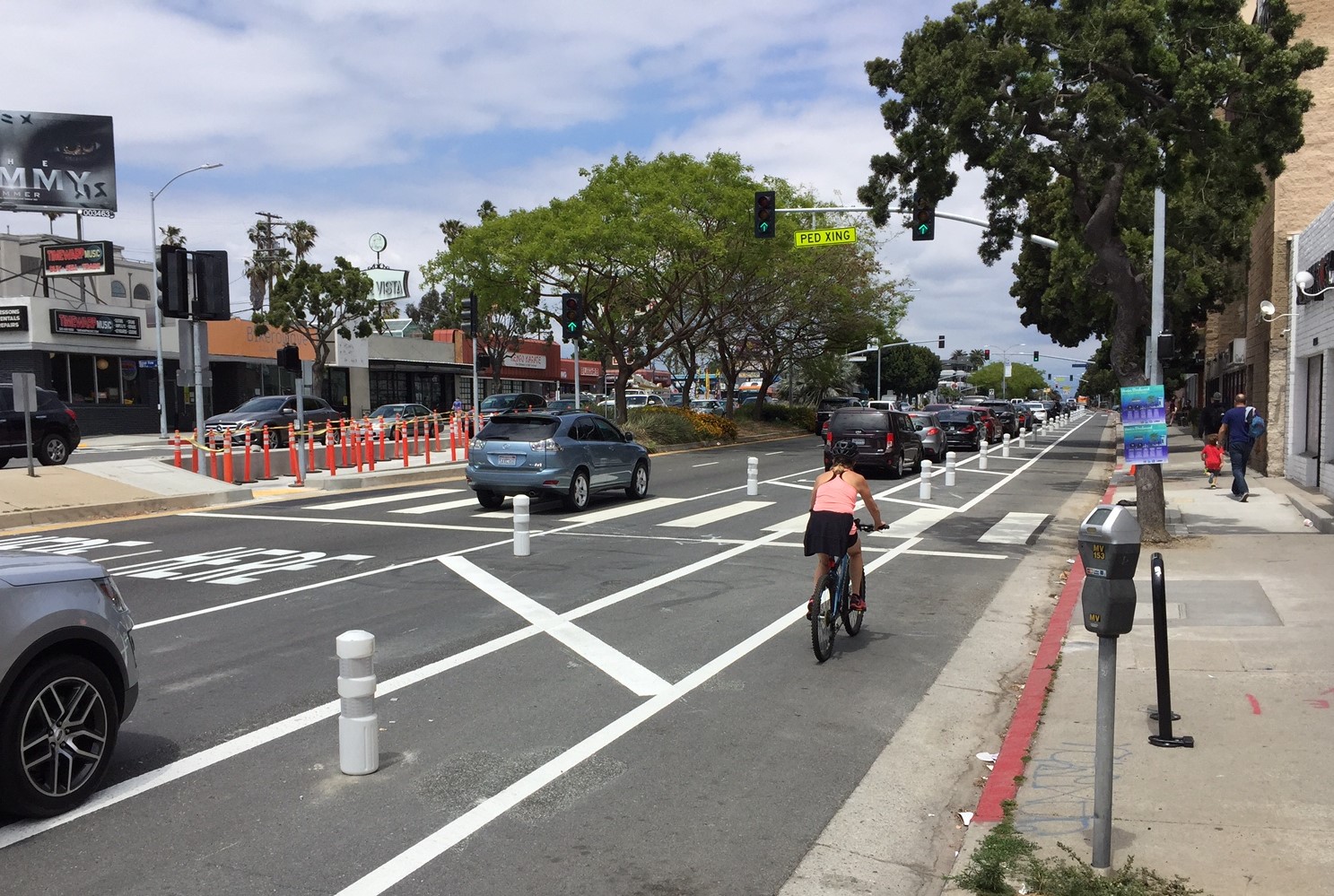 The Los Angeles Department of Transportation (LADOT) is set to immediately begin restoring lanes in Playa del Rey in a move that could signal hope for those against the Venice Boulevard “road diet.”

As for Venice Boulevard, those frustrated with delays will have to wait a little longer for a final decision.

We reached out to Councilmember Mike Bonin’s office and was told, “This announcement doesn’t have any bearing on Venice Boulevard or Mar Vista. That is a pilot program that will last a full year. We are in month five right now, and we are already seeing very encouraging data about the early success of the project.”

As part of the Great Streets L.A. initiative, a portion of Venice Boulevard, between Beethoven Street and Inglewood Boulevard in Mar Vista, is currently testing a new street layout. The stretch of Venice Boulevard in the pilot has a curbside section dedicated to bicycles. Next to this, is a narrow lane from which people can safely load and unload their car. Street parking now takes up one of what was previously three lanes of traffic.