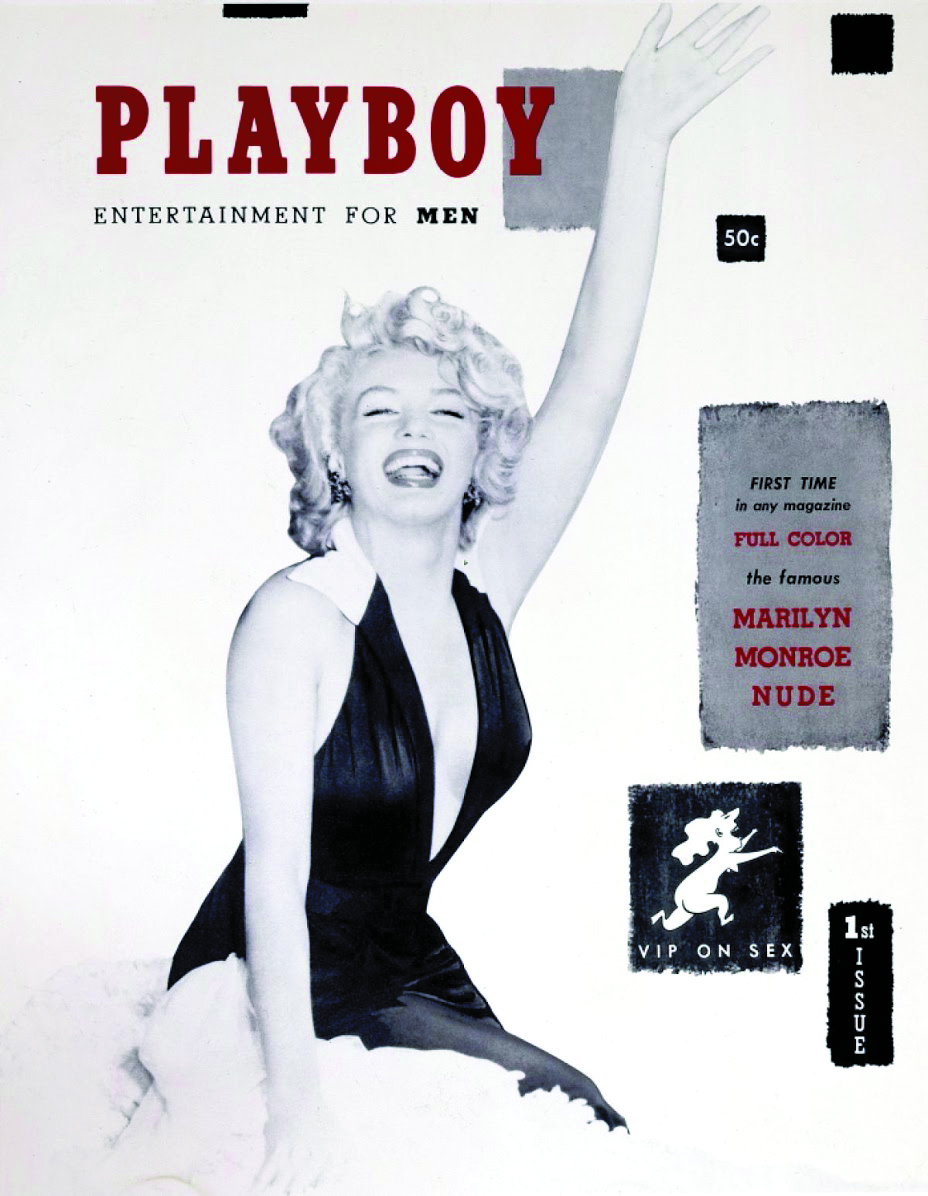 Back in the day, there was a slogan meant to define the ethos of Playboy magazine: “What kind of man reads Playboy?” While that question begged even more questions, such as the difference between actually reading the magazine and just looking at it, it did imply that there was a Playboy ethos. And that a truly sophisticated man would know what that was and thus be unapologetic about keeping a magazine full of nude photos of women lying about right in the open.

The reality of having and “reading” Playboy magazine for most American boys and men was something else entirely, and it rarely involved silk pajamas and smoking a pipe. If your Dad had any Playboy magazines, they were concealed someplace out in the garage. If you had one or two, they likely were kept in some location where anyone cleaning or searching your room would have to show the dogged dedication of a homicide detective in order to come across them.

And when they did come across them, then what? Hefner, even in death, still gets credit for having an impact on the sexual something or other of an America coming out of the buttoned-down 1950s and into the uninhibited 1960s. There might have been two kinds of parents back then, those who freaked upon discovery of a cache of Hefner’s magazines and went into a tirade mixing religion and disgust… and then those who used the moment to get to some better understanding of their son’s obviously emerging sexual self.

When Hefner died recently, my Facebook tribe appeared divided on his legacy. Men (who had been the boys hiding their Playboys) largely stood by “Hef,” many of them actually doubling-down on the “I read it for the articles” posture by citing the quality of some of the journalism and the unfettered openness of the “Playboy Interview” that often became legitimate news when reflecting the shields-down thoughts of politicians and (mostly male) film actors.

But women, it can safely be said, commented on Hefner’s passing with a range of feelings from indifference to good riddance. And they tended to focus on how Playboy ushered in an era of glossy commodification of women’s bodies that was just the same old same old with staples in somebody’s bare abdomen. It’s possibly a stretch to believe that Playboy helped to stoke the fires of the feminist movement in the 60s and 70s, but it is true that well-regarded feminists such as Gloria Steinem hit on Hefner with blunt assessments. Steinem once said that “Reading Playboy feels a little like a Jew reading a Nazi manual.” She was entitled to those thoughts, having spent some time working undercover as a Playboy “bunny” waitress in one of Hefner’s nightclubs in 1963.

Playboy magazine was the objectification of women for money, and no amount of tap-dancing by Hefner about “sexual mores in America” back in his time or now in hindsight will ever erase that particular key legacy. But there might be a few things to glean from the odd, weird force that Playboy exerted on American men for a sustained period. That force – a sense of something that was invoked when simply uttering the word or brand “Playboy” – Is now mostly gone because we have polymorphous online sexual content to stir our “prurient” interests. Hell, even the mild buzz that Playboy readers got in the old days by attempting to purchase a copy without some kind of humiliation from the cashier at the drug store is gone. And in its place, the availability of sexual content at a mouse click… albeit a mouse click that might later be traced to us via our browser histories.

I’m not going to say that I feel blessed to have grown-up in a time when Playboy magazine was possible and, with caveats related to being covert about it, available. But I do think that in some roundabout way, Hefner and his magazine contributed to an emerging societal openness and candor that later made possible such things as explicit dialogue and protest against the Vietnam War and, yes, sexism. Right away one should observe that Playboy begat Penthouse and then Hustler and I would agree both contributed nothing, with the footnote that Larry Flynt’s Hustler censorship fights may have left us in a better place regarding free speech.

Showtime’s series version of author Margaret Atwood’s “A Handmaid’s Tale” takes us into a society that controls sexuality at a level of women becoming government-approved baby-making property of the rich. Why has Atwood’s vision proved to be so frightening? Perhaps because the story makes it seem as though the decades of social change that we have all lived through simply disappeared and were consumed by a return to Puritanical oppressiveness. Playboy peddled a sexist ethos, but for a little while an almost electrical vibe of liberation buzzed through it. If marriage in the 1940’s and 50’s had a dark shadow of oppressiveness, Playboy was in its wrong-headed way a bit of light. For the record, I never bought a Playboy; someone else always had one around. The fantasy world of Playboy never motivated me to be less than gentleman-like with a young woman. And while I do need to wear eyeglasses, I never went blind.