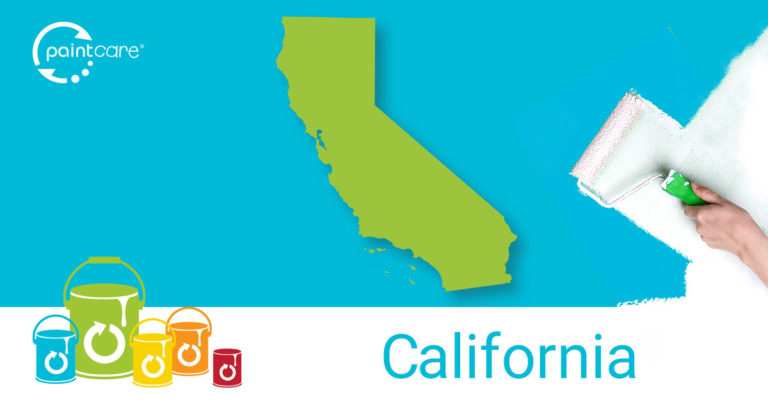 Today is a special day for PaintCare, a nonprofit paint stewardship
program developed by the coatings industry, as it celebrates its fifth year in California, more than 800 drop-off sites, and nearly 12 million gallons of paint recycled statewide!

Executive Director Marjaneh Zarrehparvar said many people who have been involved in PaintCare from the beginning are pleased with the success of the program at this important milestone.

“We are proud of our accomplishments in California in the past five years,” Zarrehparvar said. “Our vision was to offer a more convenient way for consumers to recycle their unwanted and unused paint, stain and varnish. We have exceeded our goals for the growing paint stewardship program and we look forward to continued growth in the state and nationwide.”

The California Paint Stewardship Law, supported by paint manufacturers and signed by Governor Schwarzenegger in September 2010, established the program to decrease the generation of postconsumer architectural paint, promote using up leftover paint, and manage the paint in an environmentally sound manner for collection, transportation, processing, recycling, and proper
disposal.

Jared Huffman, US Congressman, California 2nd Congressional District, has praised the paint stewardship program for its successes to date.

“Congratulations to PaintCare on its five-year anniversary and for recycling nearly 12 million gallons of paint in California,” Huffman noted. “When I authored this legislation in the California Assembly, my main goal was to make leftover paint recycling more convenient for Californians, reduce the burden of disposal on the local governments, and to protect the environment. I’m glad to see that PaintCare has reached these goals with flying colors within just five years. It’s a testament to a lot of hard work on the part of many different people.”

Until PaintCare, local government-run household hazardous waste (HHW) sites were the primary programs for collecting leftover paint. These sites continue to be important partners in the PaintCare program. The other key partners are paint and hardware retail stores, which make up 72 percent of PaintCare collection locations in the state. Altogether, there are now 805 sites that accept old paint in
California. However, PaintCare drop-off locations cannot accept aerosols or other chemicals. Residents should continue to take other “non-paint” chemicals, such as pesticides and paint thinner, as well as paint in aerosol spray cans, to their local HHW programs.

All brands of unwanted house paint, stain and varnish that are labeled and in original containers may be dropped off at PaintCare locations, even if they are 20 years old. Retailers participating in the program accept program products from all California households without residency restrictions, as well as from most businesses. Costs for the PaintCare program are covered by a nominal fee that has been added to the price of new paint, stain and varnish sold in California. The fees vary by container size: 35 cents for pints or quarts, 75 cents for one-gallon containers, and $1.60 for five-gallon containers. There is no charge to the public for dropping off leftover paint at a PaintCare location.

In addition to the year-round drop-off sites, PaintCare holds one-day events in various parts of the state for anyone to bring house paint, stain and varnish. They are an important part of the paint recycling
program because they accommodate larger loads of paint than retail drop-off locations.

Households can bring any amount of paint to these events; businesses can bring unlimited amounts of latex paint, with a few restrictions on their oil-based paint. PaintCare also offers a Large Volume Pick-Up service for households and businesses with at least 200 gallons of paint to recycle. The service is offered at no charge and can be scheduled by submitting a request on www.paintcare.org.
More indications of PaintCare California’s positive community impact since 2012 are seen through industry honors.

Last year, PaintCare, Inc. was selected as one of four California companies honored by the California Product Stewardship Council (CPSC) during its 7th Annual Arrow Awards. It was the recipient of the 2016 Bow & Arrow Award for Service and Take Back. According to a statement on the CPSC website:

“This award will recognize a retail business, group of businesses, or chain that has initiated an outstanding Take Back program for one or more product as an additional convenience and service to their customers, and works with the producers of those products in developing safe storage and recovery of EOL (End of life) products and packages.”

“We greatly appreciate the outstanding public education campaign promoting the paint recycling program and making it so much more convenient for Californians, homeowners and contractors alike, to drop off paint for recycling,” said Heidi Sanborn, Executive Director of
CPSC.

“Additionally, PaintCare is supporting paint reuse more than ever and we thank PaintCare for making this happen in California!” Millions more gallons of leftover paint have been collected and processed responsibly in PaintCare’s other programs in Colorado, Connecticut, the District of Columbia, Maine, Minnesota, Oregon, Rhode Island, and Vermont. Across PaintCare’s nine programs, nearly 22 million gallons of paint have been managed and there are more than 1,750 drop-off sites.