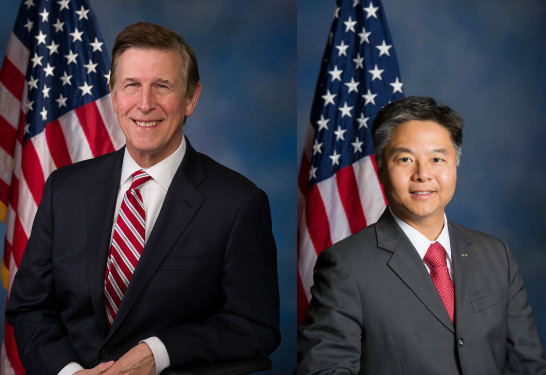 Today, Reps. Ted W. Lieu (D | Los Angeles County) and Don Beyer (D-VA) sent a letter to White House Counsel Don McGahn calling on him to immediately revoke the security clearances of White House officials Ivanka Trump and Jared Kushner. The appeal comes after multiple reports demonstrating Ms. Trump and Mr. Kushner’s brazen disregard for ethics and their apparent intention to skirt good governance rules. Reports showed their flagrant hypocrisy having used private emails to hide their correspondence from investigators. They also repeatedly missed deadlines for reporting financial assets to the Office of Government Ethics. Beyond that, Ms. Trump was reportedly close to being indicted for real estate fraud in 2012 but avoided prosecution thanks to a dubious meeting between Donald Trump’s lawyer and the New York District Attorney. This behavior makes them unfit to hold security clearances.

In the letter, Mr. Lieu and Mr. Beyer write:

·         “These new revelations, along with the ongoing White House probe of Ms. Trump’s private email use, have compromised Ms. Trump’s integrity and credibility. We are requesting that the White House immediately revoke her security clearance pending an investigation into her actions.”

·         “Finally, in June we requested the removal of Mr. Kushner’s security clearance based upon the Federal Bureau of Investigation’s probe into Mr. Kushner’s communications with Russian officials, but have seen no action on this matter. In light of the recent developments relating to both Mr. Kushner’s e-mail accounts and his financial disclosure statements, we would like to reiterate our request that you immediately revoke his security clearance.”