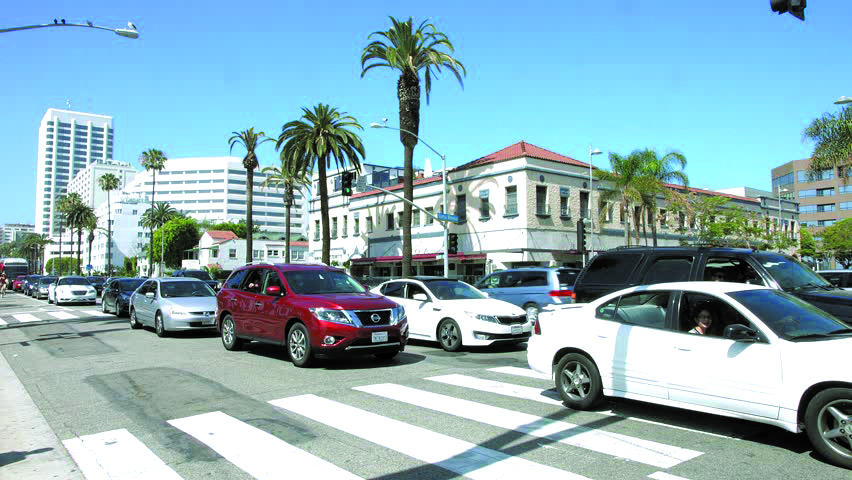 “Santa Monica pioneered the ‘park once’ strategy with centralized parking structures that made it easy for people to leave their cars behind… and walk” – Ted Winterer, Mayor.

There is an expression: “If it ain’t broke, don’t fix it.” This certainly applies to our Mayor’s recent suggestion that parking in Santa Monica’s downtown needs to be reduced. His logic? Santa Monica now has a “diverse transportation system” supported by the Big Blue Bus, Expo Line and Breeze (bike share).” Are these supposed to replace cars and parking garages? Really! While these might be helpful on a regional level, local residents are unlikely to go downtown by Metro. If you are running errands or shopping, a bike or bus may also be a dubious alternative. Our City founders got it right- build centralized parking structures to encourage residents to shop locally. Make it convenient and ideally free, at least until other viable alternatives are available.

Our downtown businesses are already suffering the effects of online competition. If the City were to make it more inconvenient by eliminating downtown parking, businesses are likely to suffer further. Shoppers have enough difficulty getting their purchases to their cars much less onto a bus, bike or Metro. The complications escalate quickly with a few kids, groceries, a bus transfer or long walk from the stop to their front door. The temptation to order online, and have your groceries delivered to your doors step, becomes a “no brainer.” Ask Jeff Bezos. The City’s new parking policy could be the final nail in our downtown merchant’s coffin.

If this new policy does not benefit residents or merchants, then why do it? It makes no sense for any reason other than to encourage more development. On a square foot basis, commercial buildings require more parking than residential projects. The cost of this parking increases dramatically if it is subterranean. This policy would result in substantial savings for developers and additional fees and taxes for the City. While some commercial buildings may contain ‘token housing,’ most don’t. Why would the Mayor believe that developer’s cost savings would go towards building more affordable housing anyway? It’s doubtful. What is certain is that this new policy will provide them with windfall profits at the expense of residents and local businesses. If “doing our part to reduce climate change” is truly our City’s intent, a policy that incentivizes development will only make it worse.

The other myth is that parking regulations are “worsening California’s housing crisis.” While parking does add to the cost of construction, should it be eliminated? Should new tenants be forced to to forgo their cars or park them in “unused hotel parking”? Will the elimination of parking for low-income units result in substantial savings and hence more units? Again, it is doubtful. The number of affordable units has more to do with City requirements than developer’s budgets. In the case of market rate housing, the elimination of parking will likely lower sales’ prices more than any potential savings. If so, one is left with little justification for a policy that will have little effect on low-cost housing but a substantial impact on our Climate and our downtown’s accessibility?

Finally, is it fact or fiction that the lack of parking downtown is due more to inefficiency than supply? The example of a hotel with 85 percent occupancy that is using only 17 percent of their parking is more of an anecdote than proof. Does the City really believe that private garages could be made available to the public? If so, would they have valets and high rates to discourage public use? Realistically, the public parking garages are the only ones that should be used to judge if downtown parking is adequate. If the “experiment” of eliminating parking for new buildings proves wrong, there is no going back.

Most urban planners agree that housing should be limited to three or four stories. Above this height, residents lose their connection to the street and their ability to monitor its activity. This is particularly true for family housing where children may be playing below. Most of downtown’s commercial buildings will exceed four stories and are therefore more suitable for bachelors than families. Hauling children and groceries across large, underground parking lots, riding up in cramped elevators and walking down long hallways to their small units is not conducive to family life. Neither is lack of schools, parks or places to play. Most downtown housing provided by developers has fewer bedrooms to reduce costs. In addition, many of these units are exempt from Rent Control and will therefore be leased at, or above, market rates.

For all of the reasons above, the City should not count on developers to provide affordable housing downtown. Instead, this housing should be built along our mid-rise boulevards, adjacent to markets and residential neighborhoods rather than high rises. Since low-rise can be built in wood frame rather than steel, this housing would also be less expensive to build and more ecological. Affordable housing should be provided at the developers’ expense but under public scrutiny and in residential areas. If this were the case, it is far more likely that it will be both more affordable and family-oriented.