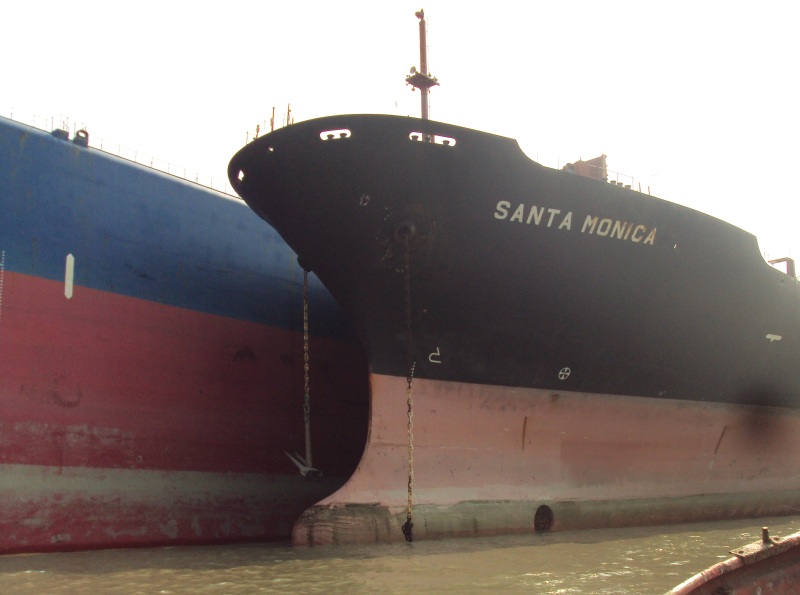 If our city were a ship, it might be described as “floundering and adrift.” At times it seems that Santa Monica knows neither where it’s going nor, if it did, how to get there. It is difficult to make policy without a clear vision or a well-defined course of action.

For example, do we see ourselves as a dense, urban commercial center aboard the sea or a mid-rise, charming beach town – a city that can provide for its residents and visitors alike? Are we to be defined by towering office buildings or iconic venues for the arts, entertainment, and culture? Will our city be sustainable and able to provide clean water, solar power and recycling for its residents that meet the State’s new Net-Zero targets?

The policies and decisions our city is making today will determine the answers to these questions and, ultimately, our destiny.

Currently, it appears that we still have lessons to learn if the recent hearings on our Downtown Community Plan (DCP) are any indication. The hearings put on display both a lack of direction and flawed governance. Many residents who came to speak at the public hearing were unable to enter Council Chambers. The hotel workers’ union, most of whom did not identify themselves as residents and were organized by outside groups, arrived early in matching T-shirts with promises of free pizza to fill the auditorium. They placed their “chits” to speak before residents were able to do so and read from sheets provided by those who, in some cases, paid them to come. This process prevented many residents from expressing their comments and concerns due to the limited available time. City Council subsequently approved the DCP, along with its many faults, benefiting from only limited community input. For example, the Environmental Report listed many negative consequences that the City left unchallenged because the State’s “Priority Transit Zone” designation allowed them to do so.

This is only one example of how residents have been marginalized by City officials who appear to be working “hand in hand” with developers rather than the residents. The most logical explanation is the fees and taxes the latter provide. If this continues, the end result could be the squandering of our city’s resources and the diminishing of our city’s character to fund an inflated City budget and employee pensions.

This policy is driven more by greed and poor planning than a desire to plan for a sustainable future – one that is both economically and environmentally responsible. If we continue on our present course, Santa Monica could be driven upon “the rocks” of insolvency and decay due to lack of foresight and long term vision in pursuing a development driven agenda.

Should our city become overbuilt with obsolete and unsustainable buildings, we will likely be stuck with them. These massive, unsightly structures will forever diminish our city’s skyline, sunlight and ambiance. They will tarnish our unique appeal for residents and as well as the millions of tourists that visit our town each year. It will also not be without its financial risks.

Tourism, particularly in the downtown area, has become the lifeblood of our economy. What will the effect on this important revenue source be as our city becomes denser, in shadow and mired in traffic?

Will our Public Works and infrastructure be adequate to support this increase in our daily population and commercial sector?

Will our streets, that are already crowded, go into permanent gridlock?

Will our goals of sustainability become even less attainable?

It seems that the City is making irreversible decisions without considering their long-term consequences. This is not good planning, nor is it sustainable. Our current actions are reckless and driven more by developers’ immediate interests than residents’ long-term priorities. This is a losing strategy. Once this ship has left port, there may be no turning back.

So how can we avoid this fate? The first step would be to come up with a vision for our city that is not only economically based but also takes into account livability, sustainability and our long term financial health. This policy should not be driven by short-term gains but rather by long-term goals. A few examples might be: 1) human scaled housing adjacent to existing neighborhoods, 2) an emphasis on “passive design” strategies rather than active systems, 3) a reduced and more sustainable business sector; and, 4) better monitoring of commercial projects’ energy and water usage.

Instead of these viable, sustainable alternatives, the City has chosen to build a “vanity project” with unproven technologies, and at an exorbitant price – the new City Hall Administration Building. Many of its technologies are unproven, unapproved and impractical. Below are a few strategies that the City could consider instead that have been tried successfully elsewhere: 1) solar powered micro grids; 2) power plants fueled by waste; 3) desalinization of ocean water and/or treatment of wastewater for landscaping and industrial uses.

Unfortunately, their vanity project is one more example where the City has chosen to go for “show” rather than “results.” We need a long-term strategy that can provide actual results not awards. We need a City Council that puts the residents’ interests ahead of those whose only interest is to benefit from our good fortune…. at our expense.