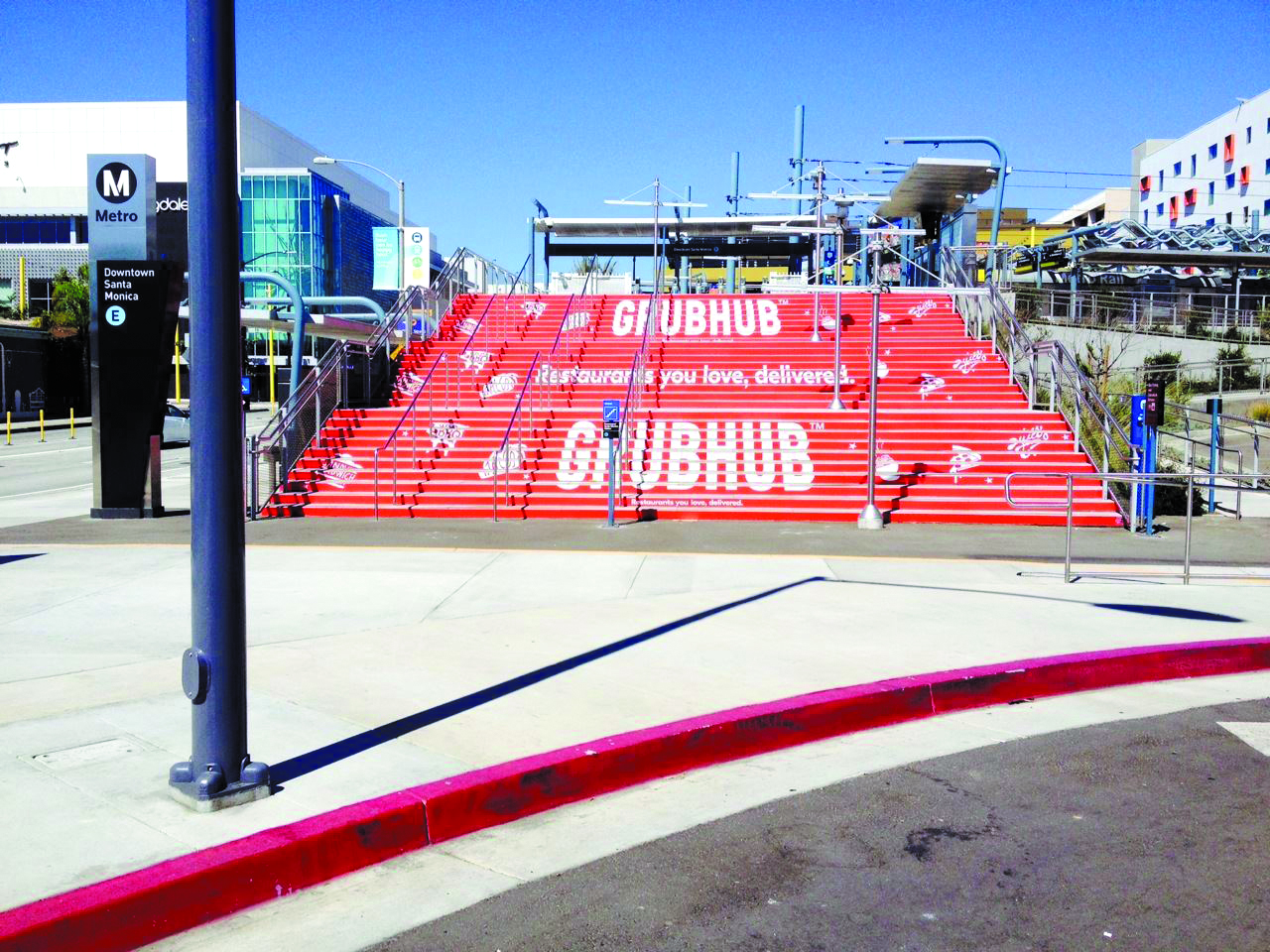 Advertisers in bright colors are frequently gracing Santa Monica with their messages, all which get around City statutes due to the structures being other-government owned.

“Neither our zoning not our building codes apply to properties owned by other governments, such as the school district, State DMV or Metro properties,” Santa Monica City Manager Rick Cole told The Mirror. “They do not require permits to build and are not governed by our local rules. Just like our police don’t patrol Metro trains or station platforms…Our codes do not apply to Federal, State, County, College or School District property. “

Expect to see more colorful expression in the near future.