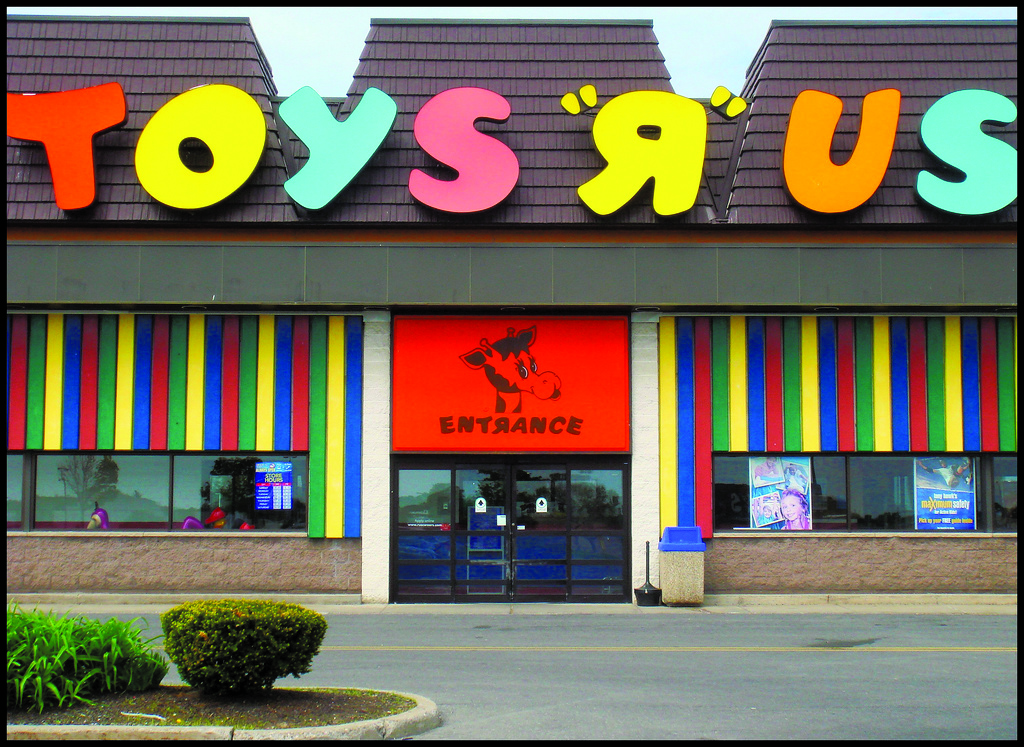 Imagine you are a top executive at toy retailer Toys “R” Us. In addition to the usual day to day stresses of sustaining a nationwide chain of robustly stocked toy stores, you now go to bed worried about WowWee. Because Toys “R” Us owes toymaker WowWee $4.1 million, and in September Toys “R” Us filed for bankruptcy. Your spouse realizes you are tossing and turning in your restless sleep and asks “What is it?” You softly reply, “WowWee.”

Toys are mostly thought of as delights provided to children at Christmas and their birthdays. The bright color and whimsical shape of toys tends to set aside any concerns consumers might ever have about the corporate fate of those employed (other than at the North Pole) in the manufacture and distribution of toys. But toys are now having a crisis, one much bigger than anything Sheriff Woody or Buzz Lightyear had to deal with in the movies.

According to an article by Abha Bhattarai in the L.A. Times, Toys “R” Us owes a total of $7.5 billion to a group of manufacturers that includes every major toy company in America. The list reads like a Who’s Who of every child’s toy box: Mattel, Hasbro, Spin Master (Etch-a-Sketch, Air Hogs), Lego, Radio Flyer, and Crayola. Crayola alone is owed $2.6 million. I didn’t do the calculations, but let’s assume you might likely circle the earth at least once with all those crayons laid end to end.

How did this happen? For one thing suppliers first make shipments and then the payments follow. If toys don’t move off shelves in large enough quantities there can be trouble. Toys have a much longer shelf life than, say, groceries but they are often tied to media franchises or movie openings in such a way that they can actually go stale. Star Wars light saber good; Gilligan’s Island coconut radio not as good.

The Economist cited a handful of integrated causes. First, Toys “R” Us carried a heavy burden of debt after three private equity firms bought the company in 2005 in a leveraged buyout. So called “big box” stores like WalMart had buying power and parents could do toy shopping in the same trip they made to fetch some groceries or hardware. Presumably without their kids tagging along, becoming over-stimulated when realizing they were in a Toys “R” Us store. And then of course, the curse of all brick and mortar operations: Online shopping.

The humor site The Onion spoofed the Toys “R” Us crisis in one of its American Voices fake news bits, in which one person on the street expressed surprise: “Really? They seemed to be doing so well when I was last there 20 years ago.” Another fake comment: “Today’s five year-olds just don’t have the same purchasing power they used to.”

Funny, but true? Toys can be a responsive and lucrative market when carefully managed. Some say Toys “R” Us was slow to get on board the ‘craze’ in fidget spinners which were already selling online; a piece or two of molded plastic and a few ball bearings. That’s not to say that toys don’t have value, just like household hardware or electronics. However, the elements that create that value can be almost ethereal. If you ever paid $30 for an Elvis ashtray while visiting Graceland, you have some idea of what I’m talking about. And there are also some tricky considerations of specificity. If your kids are interested in toys relating to the Teenage Mutant Ninja Turtles, you may need to ask them if they mean the iterations from the 1990 movie or the 2014 movie.

Toy stores used to have a certain charm. They were smallish and operated by an avuncular older gent who in some regards had never quite grown up. When Toys “R” Us first came on the scene, Americans did respond to the idea of a toy mega-store with everything available under one roof. But that resulted in sucking out almost any magic toy stores used to have and replacing it with stacks of merchandise such that a Toys “R” Us store felt more like one of those discount grocers that simply rips the side off of a master carton and lets you reach in for the Raisin Bran.

Let me just give a shout out while I have the chance (and Christmas is coming; I can hear it breathing underneath the Halloween stuff at Walgreens) to a few toy stores in our area that are still something of a pleasure to enter. There are the Puzzle Zoo shops, one on Main Street and one on the Promenade. I especially like the compact Quinnie and B on Ocean Park and actually found several birthday gifts for an artistic adult friend at Huzzah on Lincoln in Venice. Huzzah acknowledges the child in all of us on its signage reading “Neat toys for kids newborn to 90.”

We never outgrow our need for play, even if it comes just a few times a year when a child insists we blow some soap bubbles or help launch a toy airplane. What we may have outgrown is our need for brick and mortar toy superstores. Toys “R” Us will receive $3.1 billion from JP Morgan and others to help pay for inventory… as that restless exec I cited at the top crosses his fingers this holiday season. Despite my ‘jones’ for smaller toy stores I’m pulling for them, if only because there’s nothing fun about a store closing clearance sale at something called Toys “Were” Us.