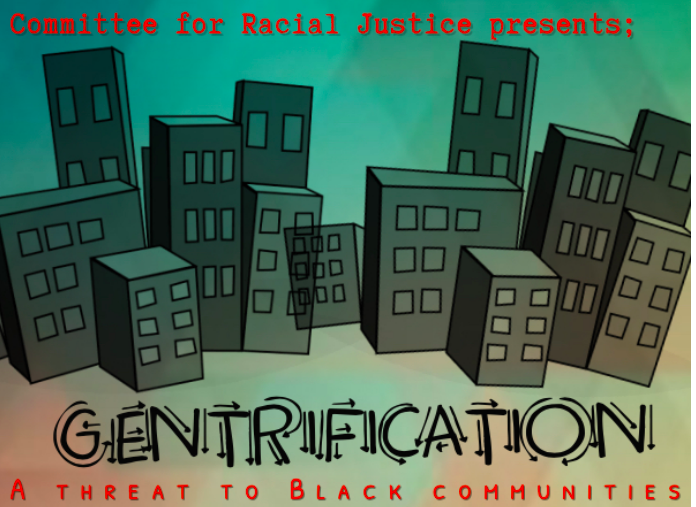 After celebrating the work in 2017 and hearing from the Emeritus Gospel Choir, CRJ’s next workshop on Dec. 3rd will focus on the threat to Black communities from gentrification and will explore alternative forms of economic development.  In the past Black neighborhoods have been decimated by the placement of highways in cities across the U.S.

Today’s threats may be more related to developments coming into communities around the expanding mass transit train system in our area.  Developers have been active in neighborhoods close to the trains with new projects that have the potential to raise rents, which can force more people of color to move away from where they have been living.

Damien Goodmon, a leader of the Crenshaw Subway Coalition, and other community leaders have been studying and discussing issues involved in gentrification.  They are in a process of identifying principles of healthy community development. They want to create a lens through which to evaluate all proposed & current development and help to articulate a vision for a better and just future for communities.  Goodmon and other presenters will further our understanding of how to address and change the “down side” of gentrification.

This is part of an ongoing monthly workshop series sponsored by the Committee For Racial Justice. Co-sponsored by Virginia Ave. Park; the African American Parent, Staff, Student Support Group; and the Church in Ocean Park.

The potluck supper begins at 6:00pm, with the program beginning at 6:30pm in Virginia Avenue Park, near the Thelma Terry Building, on 2200 Virginia Ave. Santa Monica, CA 90404.