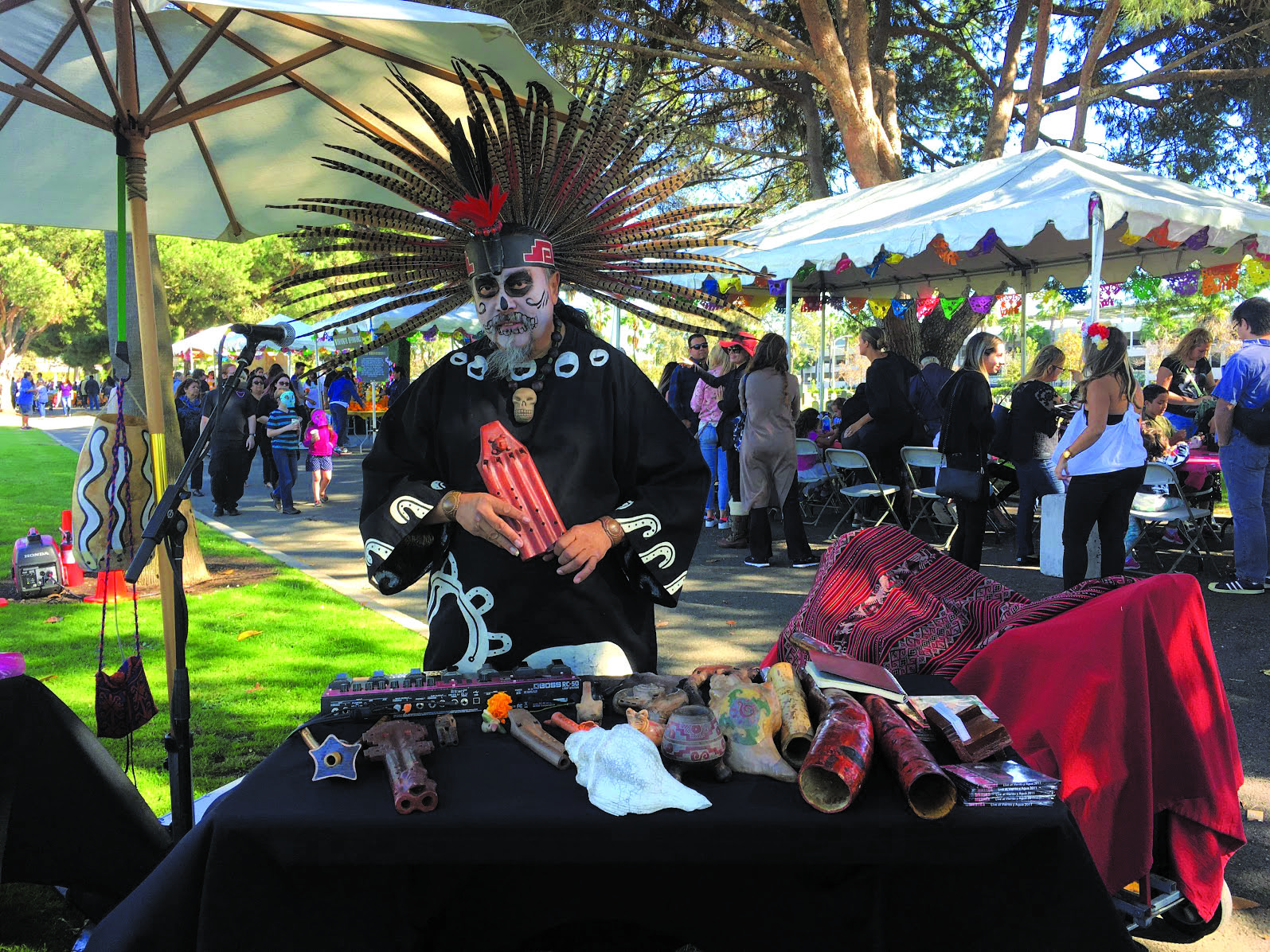 Starting on October 26th and lasting through November 4th, the City of Santa Monica hosted a series of eight Dia de los Muertos celebrations all around town. The festivities began with an art exhibition at Santa Monica High School’s Roberts Art Gallery titled “Honoring Our Ancestors—Guiding Our Futures,” and included three separate celebrations on November 2nd, the final day of the holiday, in three different Santa Monica neighborhoods. The final event scheduled for this series of celebrations was a festival in Woodlawn Cemetery on Saturday, November 4th, which featured live music and performances, Mexican food trucks and vendors, sugar skull decorating, a memory wall for lost loved ones, and much more.

Martin Espino was one of the day’s musical performers. Espino is a Los Angeles County-based musician, who performs precolonial indigenous Mexican and South American music with his group Mexika. Espino filled two table with more than 15 different instruments from various periods throughout Mexican and South American history, all of which he would play during his performance. Espino joked that he was scheduled to perform 60,000 years of culture in 30 minutes.

Additionally, in honor of Dia de Los Muertos, he read three poems taken from the Aztec tradition, which questioned reality and explored the philosophy of death, during his performance time.

“No one can stay behind. Not even the kings, not even the princes. Not flowers. Nothing,” said Espino, expanding upon the nature of these poems he picked for the holiday.

He explained that in precolonial Mexican culture, in urban areas that functioned as educational centers, the philosophy that life is short was widely discussed, and instead of taking a hedonistic approach to life’s brevity, indigenous Mexicans during that period rather saw it as an excuse to live the best life they possibly could.

“There was a great preoccupation with self-betterment,” Espino said. “A lot of people don’t know that because the Spanish didn’t write about it.”