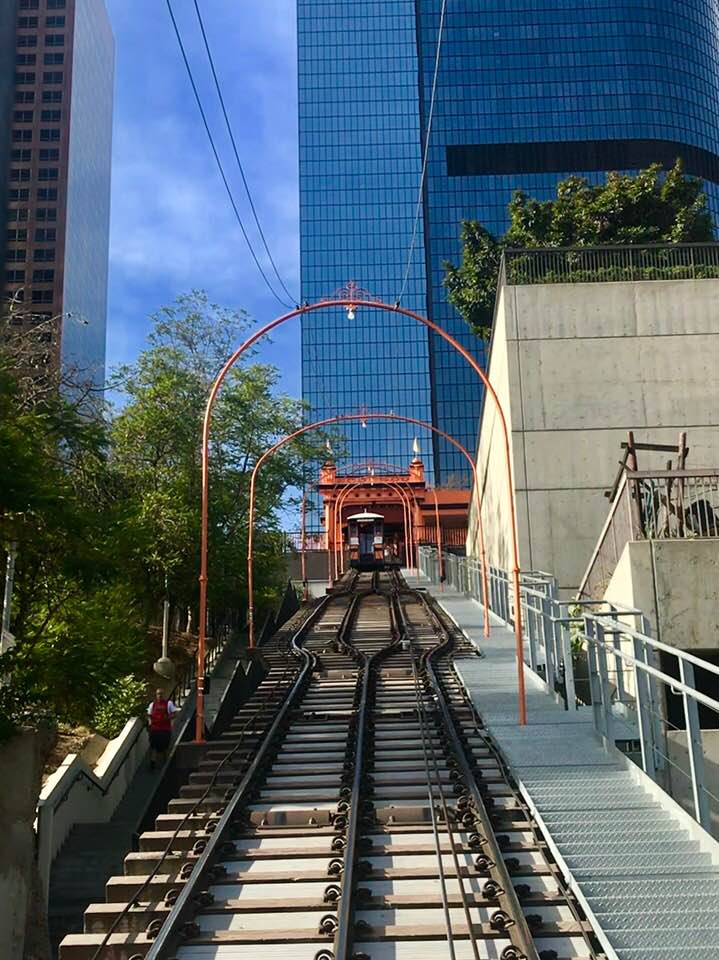 This past weekend, I decided not to do my Laundry, wash my car, grocery shop or anything resembling an errand. I took a break from the mundane and went downtown.

I have been wanting to visit the Central Market. I can’t believe it; the place is 100 years old, I’ve been in L.A. for 25 years, and I didn’t even know it existed. It was time.

My friend took the Metro from Long Beach and I took the Metro from Santa Monica. Beats traffic and parking. I’ve never been a train or bus gal; but I am really liking Metro. Can’t wait until the Hollywood route finishes construction to Beverly Hills.

My friend and I met up with each other at Grand Central Station, the main train station in Downtown L.A. I have not been there for at least 15 years. (Spending all my time on weekend errands ends in 2018!) The station was built in the 1930s and was recently restored to its original glory. It wasn’t a just a train station for me; it was a beautiful work of art from a distant era.

We walked through the elegant lobby into the area where the trains were housed. We presented our tap cards to the computerized entrance gate and identified the correct Metro train to get us to our final destination – The Central Market. Going down the escalator to the actual train tracks was so cool; it was very high tech, completely different than the noisy, gritty subway train stops my grandmother and I experienced in Chicago when I was a little girl.

Two stops Later, we reached our destination, and climbed back up into the bright sunlight of the day. Turns out we got off one stop too early, and were surrounded by what looked like a group of gangbangers. Oops. (Note to self, do not get off at the stop again.) We scurried across the street and quickly walked two blocks to our destination.

We were at Central Market! I experienced a slight sensory overload, taking in all the people, smells, lights and food stations in the large warehouse-like space that housed the market. We dove right in with the rest of the patrons, slowly worming our way around the facility. Out of at least 30 outposts, there were two places that had the longest lines for food; one was Egg Slut, a popular breakfast joint, and another was a Mexican food place that everyone waiting in line swore was the best Mexican food in LA. We took our place in line for some tacos and burritos.

10 minutes later, we had two plates; one held two very large tacos and the other an even larger burrito. My friend has good seat-finding Karma, so we immediately located an empty table and sat down to scarf our lunches. The burrito was huge; about ¼ of a baseball bat (the thick end,) and my tacos were more like four tacos instead of two; I had a chicken and a pork taco smothered in green chili salsa, a healthy sprinkle of cilantro on top of the salsa, finished with sliced avocados. Limes accompanied the dish, which were generously squeezed onto the tacos. OMG! The most amazing tacos. And they were $7 for two. Both were incredibly tasty. I will be back.

After lunch, we went outside to get some respite from the tastes, smells, and crowds. As we walked out, Angel’s Flight was right across the street. Again, 100 years old and I was never on it. And it had closed. Or so we thought. After little more observing, it was clearly running. We walked across the street to check it out. Our timing was perfect, people were disembarking, and when they were done, we jumped on. The trolley-like train moved slowly up the tracks, leaving us off in an upper part of the city. We walked around for a while, admiring the city views below us and then decided to go back to where we were to catch the Metro back to the main station. The cool part of it all was the ride was a dollar!

Hey Westsiders! Have friends in for the holidays? Take them Downtown. The train is the best way to get down there, and for under $15 you can have a great time and take in the history of our fair city. Happy holidays!