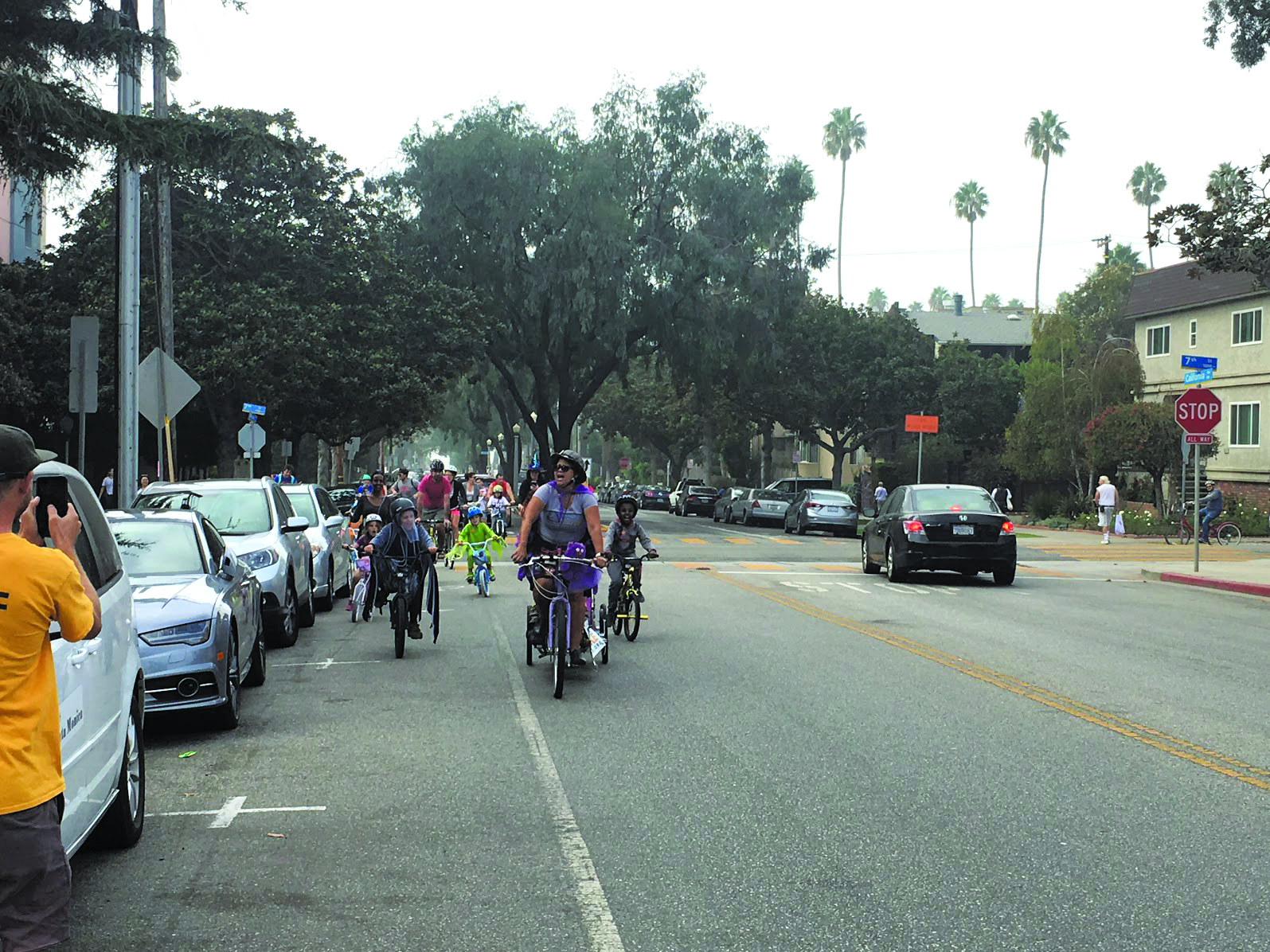 Roughly four times a year, Kidical Mass Santa Monica hosts a bike ride aimed at giving kids and their families a chance to go on a group bike ride with members of their community.

These rides generally correspond with holidays, with past rides themed around Earth Day, Fourth of July and Valentine’s Day. Saturday, Oct. 28 was Kidical Mass’ Halloween ride, with riders leaving from and returning to Reed Park, where various Halloween activities were held for the participating kids.

“The big thing is to introduce families to riding on the streets,” explained the City’s Safe Routes to School coordinator Cory Keen. “We’re gearing these toward families that don’t otherwise ride.”

According to Keen, every ride is a mix of returning families and families new to the bike rides.

Each event is held at a different park in order to pool from a new community, and ultimately teach as many people as possible bike safety.

In addition to the bike ride, the local Performance Bicycle branch offered free bike safety checks, which for some of these families, could be the first time their bike has been checked in months.

“This is a way of introducing them in a group setting,” said Keen. “It can give them the confidence to maybe try it on their own.”

Saturday’s Halloween festivities included helmet decorating before the ride, allowing kids to add Halloween-themed adhesive decorations to their helmets. Then, after the ride, kids entered a costume contest with prizes, as well as a raffle, the winner of which received a scooter. After that, kids could decorate small pumpkins at an arts and crafts table.

For more information about when and where the next Kidical Mass bike ride will be held, as well as other bike-related events, visit Safe Routes to School’s website at smgov.net/departments/pcd/programs/safe-routes-to-school.