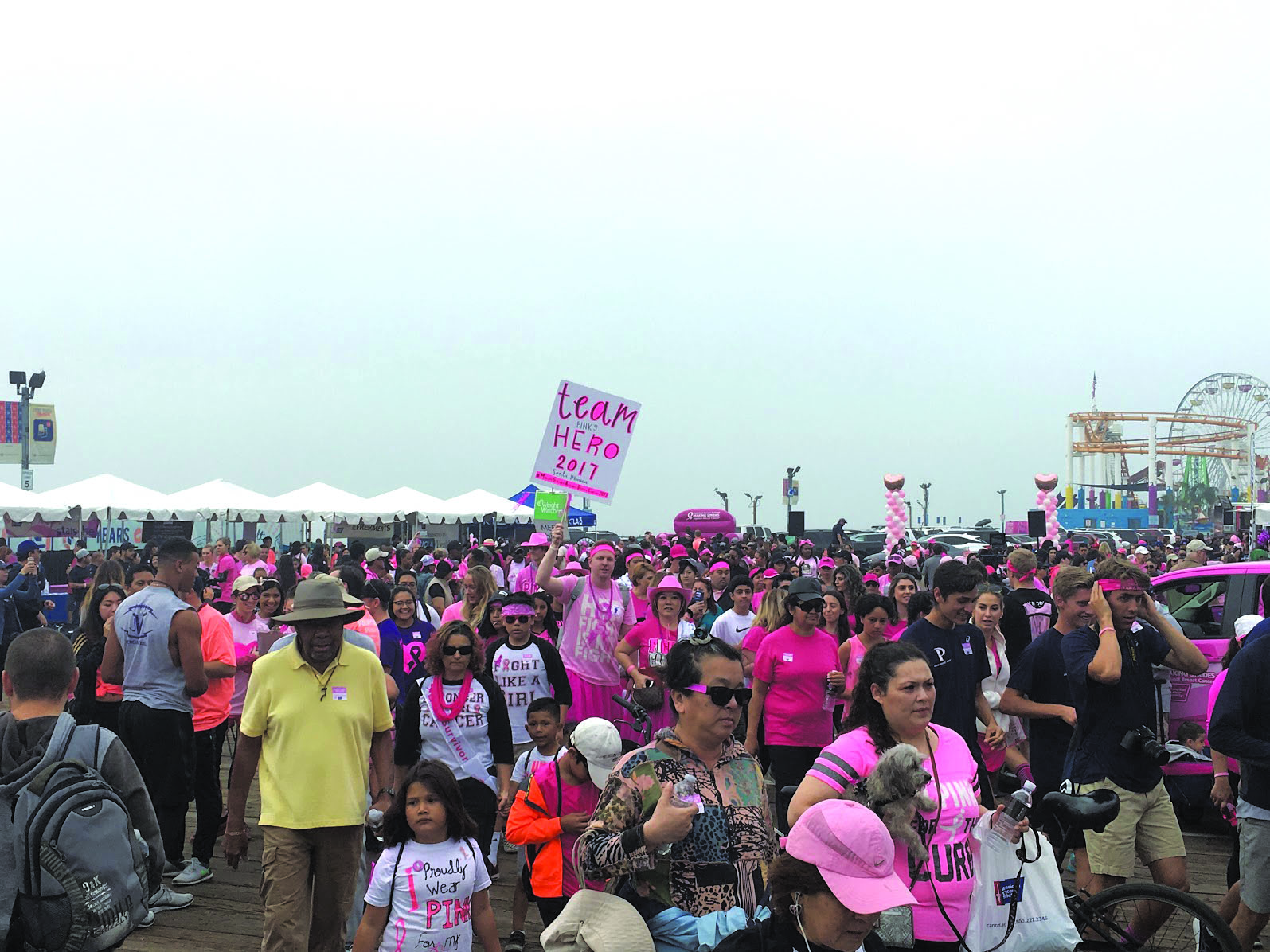 The American Cancer Society (ACS) held locally one of its Making Strides Against Breast Cancer fundraisers Oct. 28, in which participants walk a 3-5 mile route in support of breast cancer research, this time beginning on the Santa Monica Pier. The walk ultimately spanned 5 kilometers down Ocean Avenue and back, and as of the day of the walk, raised more than $70,000.

Last year’s event in Santa Monica included almost 1,000 participants. The Making Strides walks, which have been held since 1993, have raised in total over $810 million, and are now held in over 250 different communities throughout the country.

Saturday’s event on the pier also included a stage featuring live entertainment, a tent for breast cancer survivors, participating local businesses and organizations, and more. Among the day’s schedule of events was a speech given by pop group Fifth Harmony’s Normani Kordei, who is a global ambassador for the American Cancer Society.

Kordei explained that 16 years ago her mother was diagnosed with breast cancer, so she has since become an ambassador for the ACS in order to help families like hers when she was 16 have the information and resources they need. Since then, Kordei was given the chance to visit one of the ACS’s facilities in Utah and learn more about the resources they provide.

Kordei walked alongside her mom on Saturday, participating in a walk for her first time, alongside friends and family.

“We’re all going through the battle,” Kordei said. “It’s just really cool that we can walk together and shed light on a cause that’s so important to us.”

For more information on the Making Strides walks that will be held throughout the rest of the year, visit makingstrides.acsevents.org.