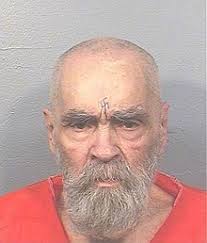 Charles Manson is dead and the timing is definitely appropriate. The most notorious inmate in the California prison system died this week at 83 of natural causes in a Bakersfield hospital where he had been taken from Corcoran State Prison. Death came not long after an abdominal condition from which he suffered had been found inoperable this fall.

The timing of Manson’s death was right if only because Jerry Brown, the last California governor with any chance of remembering the terror Manson and his murderous gang spread around Southern California, has barely a year left in his term.

Once Brown leaves office other members of the gang, better known as the Manson Family, may find it much easier win parole. But at least Californians can be certain that the mesmerizing, unrepentant Manson himself will never be loosed to encourage more gruesome killings by either new or old followers.

Most of the Manson gang members now in prison have been model inmates, encouraging some who don’t personally remember their uniquely cruel and vicious quality to plump for their paroles.

Even as Manson’s body was prepped for a funeral or other disposition, follower Leslie Van Houten was up for release, her freedom recommended by a state Parole Board panel. Brown is in the midst of a 120-day period before he has to veto that ruling or let it stand.

Brown, who lived in the Laurel Canyon area of Los Angles during the 1969 Manson murder spree, was only two canyons east of the most notorious Manson family operation. That was the carefully-planned murders of actress Sharon Tate, the wife of director Roman Polanski, and four others in a sprawling Benedict Canyon mansion above Beverly Hills. The nighttime assault saw Manson’s followers carefully cut all phone and electric lines to the isolated house in a time before cell phones rendered the tactic obsolete.

The victims of Manson followers Charles (Tex) Watson, Linda Kasabian, Susan Atkins and Patricia Krenwinkel could not call for help.

Trial testimony showed Manson, who had ordered the four to commit those killings and told the women to follow Watson’s instructions in the process, felt the operation was a bit sloppy. So he went along the next day, when he decided to kill more people, this time in the Los Feliz area near Hollywood, and invaded the home of grocer Leno LaBianca and his wife Rosemary.

There, he carefully instructed followers including Watson and Leslie Van Houten in what to do, before leaving the scene. First Van Houten and another woman held down Rosemary LaBianca while Watson stabbed her husband to death. Watson next bayoneted Rosemary LaBiana, then gave Van Houten a knife, which she used to stab her victim 14 times. The blood of the LaBiancas was used to scrawl macabre messages from the Mansons on walls and other surfaces.

Now Van Houten is described by her lawyer as a victim, despite the key role she played. She was only 19 at the time, they claim, and addled by LSD.

Van Houten has been a model prisoner since her 1978 sentence of seven years to life imprisonment. She’s earned two college degrees in prison and has led self-help groups for other inmates.

But Brown should not let her go, any more than he’s released other Manson followers. In refusing parole to them, he has speculated that some killers can “change their thinking,” but never put the Manson group in that category.

Nor should he or any future governor concede anything like that about the worst of California’s other imprisoned killers, including Juan Corona, who killed 25 farm workers before his skein ended; or Edmund Kemper, the Santa Cruz area’s 1970s-era “Coed Killer,” or Lawrence Bittaker and Roy Norris, who raped, kidnapped, tortured and murdered five young women in 1979 in Southern California.

While most elderly prisoners pose little risk on parole, putting this kind of person on the streets would justifiably cause many to look over their shoulders while walking down streets or even sitting at home.

If Manson’s death does nothing else, it should renew the sense of horror at the crimes he ordered and committed and add pressure to keep his remaining followers where they can do no further harm.