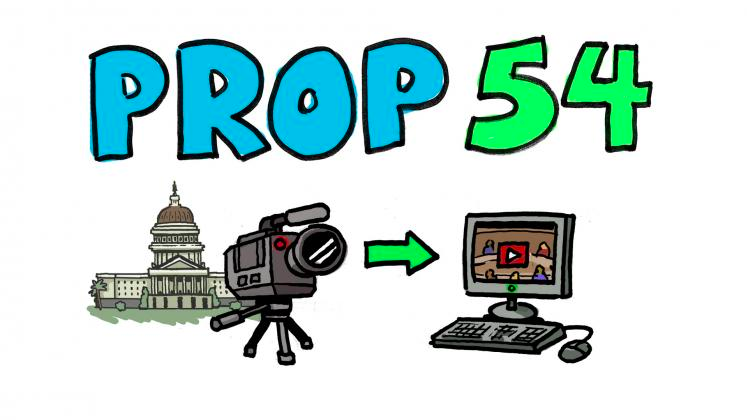 There’s nothing politicians and lobbyists in this state hate more than the ballot initiative process to which they all pay hypocritical verbal homage every chance they get.

It’s easy to see why they don’t like lawmaking by the public, the essence of initiatives: The process takes important issues out of their hands. It can alter their working conditions in ways they don’t like.

Sure, politicians will occasionally make use of initiatives, as Republican businessman John Cox and Orange County GOP Assemblyman Travis Allen are doing now in making pet initiatives the centerpieces of their underdog campaigns for governor. Cox is pushing a measure to multiply by 1,000 the number of state legislators, while Allen has virtually appropriated the effort to repeal the state’s new gas tax increase.

Similarly, ex-Gov. Pete Wilson used the anti-illegal immigrant Proposition 187 to prop up his reelection campaign in 1994 and current Gov. Jerry Brown used the 2012 Proposition 30 tax increases to balance his budgets.

But politicians generally hate ballot initiatives unless they’re making such use of them. Brown, for example, opposed the landmark 1978 Proposition 13 property tax cuts because they interfered with his own efforts at tax reform. Most legislators fought tooth and nail against Proposition 20, which created the Coastal Commission and has limited development near beaches and view areas.

But it’s hard to find an initiative that has affected legislators more than Proposition 54, which passed just over one year ago and requires that proposed laws cannot be passed unless they’ve been available in print or via the Internet for at least 72 hours before passage.

Because of Prop. 54, voters could see the final form of Brown’s proposal for California to join a Western regional electricity grid before it actually passed, rather than having to react after the fact as has happened with many last-minute bills in recent years. Because of that notice and the possibility this plan might cause a new energy crunch, opponents could organize loud protests and the proposition died – for now.

Similarly, a plan to exempt a new Inglewood arena for the Los Angeles Clippers from provisions of the California Environmental Quality Act also was shelved because it became obvious when the plan was exposed to a little daylight that it could set a bad precedent, despite Brown’s distaste for CEQA. His signature was a virtual certainty if this one had passed, like several prior stadium and arena exemptions favoring developers and big business.

No one can be sure just how many lousy measures Prop. 54 spared Californians, because the notorious gut-and-amend proposals that have been common in recent decades were drastically lessened this fall. In that process, legislative proposals which already have a name and number have often been totally changed to cover subjects unrelated to those affected by the original bill. When that’s done at the last moment, the public has no chance for any input.

By forcing legislators to make such changes at least three days before final votes are taken, Prop. 54 moved up the amendment process, often by months. The result ought to be better legislation, although only time will tell how that will pan out.

All this does not mean California’s lawmaking process is now perfect. With legislators voting on hundreds of bills during the final week of their session, it’s impossible for them to cast informed votes on most items. One result is that party-line votes become more common, with members of the Assembly and state Senate taking their cues from their leadership.

It’s a problem very similar to what went on with health care this fall in Washington, D.C., where Congress members and senators were forced to vote on Republican proposals to repeal and replace Obamacare – the Affordable Care Act – without knowing how many Americans they would deprive of health insurance.

Here’s a suggestion for a future initiative to further improve state lawmaking: Stagger the deadline for bill passage, with firm limits on the number of bills legislators can consider during any one week. Yes, this might cut down the number of bills proposed in any one session, but does anyone really believe we need all the proposed laws now being put forward each year?