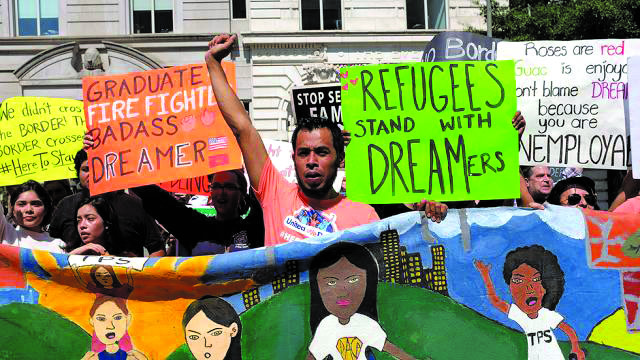 The City of Santa Monica Wednesday Nov. 1, joined a national coalition of 26 U.S. cities and counties in filing an amicus brief seeking to halt the termination of the Deferred Action for Childhood Arrivals (DACA) program.

The City is urging a nationwide injunction against the Department of Homeland Security (DHS) which would prevent DHS from ending the DACA program or using information obtained from DACA applicants for deportation proceedings.

“While the federal government turns its back on hardworking citizens, Santa Monica will continue to fight for our resident and student Dreamers,” said Mayor Ted Winterer.

The amicus brief states that local jurisdictions will suffer direct economic harm if DACA is rescinded due to the removal of hundreds of thousands of workers, business owners, and taxpayers from their respective economies. The brief also states that ending DACA will make communities less safe and would lead to DACA recipients being much less likely to report criminal activity to law enforcement out of fear of deportation.

DACA was created by DHS in 2012 to allow undocumented individuals brought to the U.S. as children the opportunity “to come out of the shadows” and live, study and work openly.

“This diverse multi-city and county coalition argues that in terminating DACA, DHS acted in an arbitrary and capricious manner, failing to comply with the requirements of the Administrative Procedures Act (APA),” the City stated. “Neither the Attorney General nor DHS provided supportable rationale for their decision to terminate DACA. To the extent that they did cite reasons for ending the program, those reasons are disproven by clear evidence.”