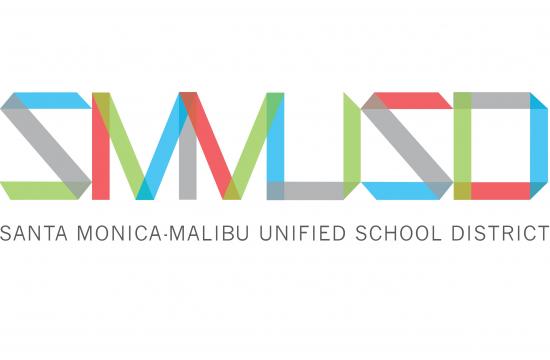 The Santa Monica-Malibu Unified School District Board of Education has taken the interest of the Malibu community to separate from our district into a Malibu Unified School District (MUSD) very seriously.  During the past two years, the School Board has focused on the financial aspects of this request, seeking to determine whether there is an approach that would leave the remaining Santa Monica district financially whole while providing Malibu with the local control it seeks.

Two financial analyses have been completed and presented to the School Board, District leadership, interested parents and community members, including information provided at the most recent special Board meeting held on Oct. 30, 2017. School Services of California (SSC) presented its report at this meeting and the Malibu Unification Negotiations Committee (MUNC) presented twice earlier this year.

If SMMUSD were to split into two districts, there would be a negative fiscal impact on the remaining Santa Monica portion of the district.  The two reports (MUNC and SSC) posit approaches to address the negative fiscal impact on the remaining Santa Monica Unified School District (SMUSD) if separation were to occur.  Neither the MUNC nor the SSC approach eliminate the fiscal impact though both reports offer ways to diminish the impact.   While the formulas are different, both the MUNC and SSC proposals suggest a transition period immediately following separation into two districts during which revenues would remain substantially close to what they would have been in the current district and reductions in current operations would not likely be required. However, once the transition period ends, the Santa Monica-only district would no longer have the revenues it would have had if SMMUSD remained as a district.  Diminished revenues result in diminished purchasing power, which will have consequences for new and enhanced programs that the current district is contemplating and for the District’s ability to pay increasing expenses and meet rising financial obligations. At the same time, once the transition period ends, the Malibu-only portion of the district will have substantially greater revenues per student.

To obtain a deeper understanding of the fiscal approaches presented to the School Board, I suggest that you read the most recent summary report from SSC. The MUNC report and other information can be found online on the Malibu unification webpages and also as part of the Oct. 30, 2017 agenda item.

The School Board discussed Malibu unification for more than six hours and heard 45 public comments both in support and in objection to separation.  The October 30 meeting offered an opportunity for Board discussion and no vote was taken at this meeting.  During discussion, Board members expressed concern that the fiscal impact remains too great on Santa Monica under the formulas as proposed while also articulating a desire to explore potential proposals that would offer Malibu the local control they seek in a manner that does not have a substantial negative fiscal impact on the remaining Santa Monica district.  Consistent with those concerns, the Board directed staff to explore two potential directions (Plan A and Plan B).   To carry out the Board’s exploration of these conceptual plans, the following will occur:

Plan A: I will meet with representatives from the Malibu City Council and also with the Malibu Schools Leadership Council (MSLC) and Advocates for Malibu Public Schools (AMPS) to determine whether Malibu stakeholders would be interested in having conversations with SMMUSD leadership about structural or governance solutions to Malibu’s desire to have greater local control over the schools in Malibu within the current SMMUSD.  This plan reflects a belief expressed by Board members that there is a great deal of room within our district to explore options that would enable greater local control for Malibu schools while maximizing the many assets we retain together as SMMUSD.

Plan B: Concurrently, District staff will communicate with SSC the Board’s request for further information regarding their proposed revenue-sharing formula, including extending the timeline to a period of 50 years. If agreed to and implemented, this would provide a pathway to creation of an independent school district in Malibu coupled with a long-term fiscal agreement that effectively shares fiscal resources among both districts.

Meanwhile, the City of Malibu has filed a petition for separation with the Los Angeles County Office of Education (LACOE) in the form of a resolution that was adopted by the City of Malibu in 2015. The petition, as submitted, does not provide any mechanism for addressing the fiscal impacts of separation on a remaining SMUSD. A preliminary hearing on the petition will be scheduled in December or January.

The School Board will have another discussion at the Nov. 16, 2017 board meeting in Santa Monica, during which I will report on the meetings with Malibu stakeholders and whether they showed interest in Plan A. If Malibu does show interest, then the Board can direct staff to begin those conversations in greater depth. If not, then the Board will examine the additional information and data from SSC (Plan B) and determine whether an extended SSC revenue sharing formula offers a potentially workable solution.

I understand the strong interest in Malibu to separate, however, we need to ensure that all students in both communities will continue to have high-quality programs and services, and resources necessary for closing the achievement gap. Student outcomes are dependent on funding increases over time, and districts must prepare for possible fluctuations in the economy that may result in reduced revenue from property taxes and other revenue sources.

At this time, it is clear that the remaining SMUSD will suffer in a separation, so I must balance that with the interests of Malibu to separate.

I’m hopeful that with all of us working together we can find a solution that is amenable to families in both communities and will serve both Santa Monica and Malibu well for decades to come.